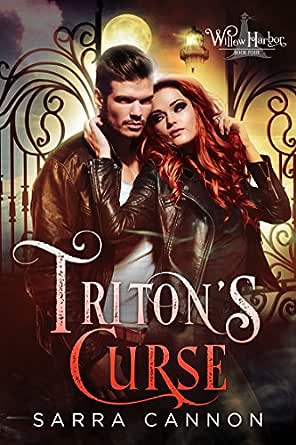 You've subscribed to Willow Harbor! We will preorder your items within 24 hours of when they become available. When new books are released, we'll charge your default payment method for the lowest price available during the pre-order period.
Update your device or payment method, cancel individual pre-orders or your subscription at
Your Memberships & Subscriptions
There was an error. We were unable to process your subscription due to an error. Please refresh and try again. 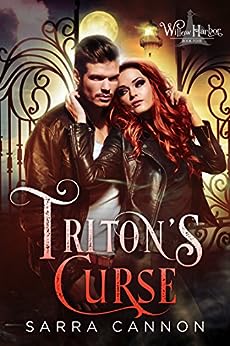 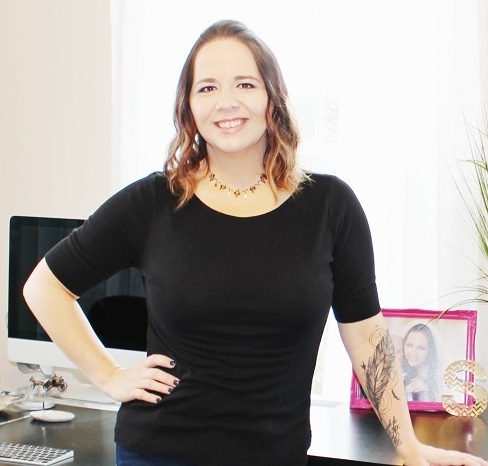 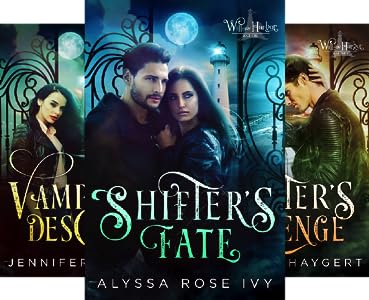 Sarra Cannon writes contemporary and paranormal fiction with both teen and college age characters. Her novels often stem from her own experiences growing up in the small town of Hawkinsville, Georgia, where she learned that being popular always comes at a price and relationships are rarely as simple as they seem. She is a devoted (obsessed) fan of Hello Kitty and has an extensive collection that decorates her desk as she writes. She currently lives in South Carolina with her amazingly supportive husband and her adorable son. Connect with Sarra online! Website: SarraCannon.com Facebook: Facebook.com/sarracannon Instagram: instagram.com/sarracannon Twitter: twitter.com/sarramaria Goodreads: Goodreads.com/Sarra_Cannon --This text refers to the paperback edition.

4.8 out of 5 stars
4.8 out of 5
50 global ratings
How are ratings calculated?
To calculate the overall star rating and percentage breakdown by star, we don’t use a simple average. Instead, our system considers things like how recent a review is and if the reviewer bought the item on Amazon. It also analyzes reviews to verify trustworthiness.
Top reviews

Sara Oxo
VINE VOICE
5.0 out of 5 stars Triton’s Curse by Sarra Cannon a capturing five-star read
Reviewed in the United States on October 2, 2017
Verified Purchase
Triton’s Curse by Sarra Cannon a capturing five-star read. This is the forth book in the Willow Harbour series and they can be read as stand-alone but I have read them as a series. I have loved and read books by most of the other authors and enjoyed them so much, that’s why I wanted to read the series. Eva McKay is a woman who has known what it’s like to be kept locked away, and not able to make your own decisions, until she makes one that lands her in a tree at the docks in Willow Harbour, a place that she may finally be able to be free, but will she ever stop running. Nikolas Kosta was once a great Triton, the son of a king, but after one error in judgement he ends up shackled as much prisoner as Eva, but he doesn’t see it that way not yet at least. Will the Willow Tree weave its magic once again and allow freedom to two people who need it, or will they be destined to run forever more?
I thought these books showed great writing style and I was glad to read more by Sarra Cannon, after reading a couple of her series previous to this. Together these four authors have come together to make the town something that you can pick up and imagine in each book, they all have the same basic details the library description, the bakery and town square. The great thing is that each author has placed their own spin on the story and give you an insight into their version of the world. In this story we see the fight and action that have you wanting to jump up and take part, a job well done overall I would say.
Read more
Helpful
Comment Report abuse

j xur
5.0 out of 5 stars Wonderfully, Magical Read.
Reviewed in the United States on October 2, 2017
Verified Purchase
I received an advance copy of this book for an honest review.

This book is about a woman name Eva and a man name Nik. Both have been held captive in their lives in one way or another. When they find each other magic happens. Join them as they discover love and adventure together.

I can't express enough about how much I loved this book. The characters, the setting, the story....all so great. I really connected with Nik and Willow Harbor. So much so that I even imagined I was a character in the background watching the story play out.

There was not one thing about this book that let me down. From the romance to the action. This book with make you believe in true love and magic.
Read more
Helpful
Comment Report abuse

Kate H.
5.0 out of 5 stars Loved It!!
Reviewed in the United States on October 23, 2017
Verified Purchase
This is book 4 of the Willow Harbor series, although each book features a different couple and can be read as a stand-alone book. I think this was my favorite of the series, as the main characters Eva & Nikolas both have secrets that could have deadly consequences but are able to overcome them to fulfill their destiny with each other. Who knew a secret witch and a triton would be perfect for each other? Apparently the great willow tree that sits in this quiet town of supernaturals knew it all along. When fate brings you to the right place embrace it for all you're worth. Definitely a one-click recommendation!! I would love to read more about Willow Harbor's other residents in the future.
Read more
Helpful
Comment Report abuse

Stephanie S
5.0 out of 5 stars I love Sarra Cannon's books
Reviewed in the United States on October 9, 2017
Verified Purchase
Received an ARC for an honest review.

I love Sarra Cannon's books. This one is no exception. The fourth book if the Willow Harbor series, each written by a different author. Each can be read as a standalone novel, but best when read all together, as they are all amazing.

In this book we meet Nik and Eva, a witch and a triton, both held prisoners for most of their lives. One night a twist of fate brings them together. Watch as their story unfolds. Will they find love before Eva's past catches up with her?
Read more
Helpful
Comment Report abuse

Sonia Rodriguez
5.0 out of 5 stars Love this world
Reviewed in the United States on October 27, 2018
Verified Purchase
I hope Sarra does a series on the tritons, mermaids and sirens. Her writing style is beautifuland she I believe shecan write the heck out of a underwater world.
I wish the ending would have been longer, more detailed, like her usual. It's sad to finish her books because you want more.
Read more
Helpful
Comment Report abuse

K.C. Kendall
5.0 out of 5 stars My first Willow Harbor read
Reviewed in the United States on October 13, 2017
Verified Purchase
I picked this one first as I am a long time fan of Sarra's. She definitely didn't disappoint. I can't wait to read more about the characters in Willow Harbor (which makes me think of a coastal Halloweentown). I only wish the book were a little longer and able to delve more into Eva & Nik's backstory and powers. Very excited for more! (PS- gnomes are awesome.)
Read more
Helpful
Comment Report abuse

Heather Theard
5.0 out of 5 stars Sarra does it again!!
Reviewed in the United States on October 18, 2018
Verified Purchase
This is in my top 3 of my favorite books of the WH series, and this couple is my favorite in the whole town!! I devoured this book in less than a day!
Read more
Helpful
Comment Report abuse

Lora Nowak
5.0 out of 5 stars Willow Harbor is magical and full of excitement. A must read collaboration!
Reviewed in the United States on October 30, 2017
Verified Purchase
I love the collaborative concept with the authors. I look forward to meeting more characters in Willow Harbor. Highly recommend!
Read more
Helpful
Comment Report abuse
See all reviews

AN
3.0 out of 5 stars Too many side characters
Reviewed in the United Kingdom on October 5, 2017
Verified Purchase
A beautiful and powerful witch on the run, a sweet triton (male mermaid) who can't escape, both are slaves and find to each other by magic/fate. It only takes one glance and one day for them to know they are meant to be. Of course they have to overcome their shackles and the people who suppress them.
This was my first Willow Harbor story. The first half was rather tedious, reading more like the yellow pages of Willow Harbor. Every little side character who they came across was introduced as a supernatural being. There was so much name-dropping that it distracted me from the main characters. The later second half had more action but there were no big surprises or tension.
All in all a rather predictable read, with a bit overdoing on the magical inhabitants. But still well written with a lovely message (you can't be free if you run away all the time). Willow Harbor sounds like an interesting place to see more stories happening.
Read more
Report abuse

SarzWix
5.0 out of 5 stars Loved this one.
Reviewed in the United Kingdom on October 7, 2017
Verified Purchase
I've just read my way through all 4 of the Willow Harbor books, and I've enjoyed every one of them. I particularly liked the captivity/running away dichotomy in this one, and the karma-like resolution!
Read more
Report abuse