"It just isn't a romance without the knowledge that this couple will be together forever," Stilletto said.

After a long journalism career all over the south, midwest and northeast, Ms. Stilletto has returned to her roots in the mountains of Tennessee. 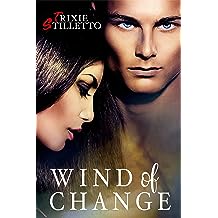 Wind of Change Oct 9, 2017
by Trixie Stilletto
( 1 )
$0.99
BACK BY POPULAR DEMAND AT KINDLE SELECT!
From popular romance author Trixie Stilletto comes a thrilling time travel romance newly republished.
Valerie Redhook, a young Cherokee woman who dreams of one day leading her people, has enough on her hands just helping them survive the brutal trek, known as The Trail of Tears, from their natural homeland to an unknown territory.

Her people are suffering and unhappy with their leaders, one of whom is her own father. The trip may not be the only deadly thing shaping their nation’s future. In addition to her job of driving a wagon and keeping the people safe and well, she’s forced to take an extra stranger into her care. Worse, this attractive man seems dangerously addled and claims to be from the future. Is he truly sick or a spy planted among them to make more trouble?

Hiawatha Craft, who first appeared in TEMPEST, is a modern American warrior who isn't looking for love or commitment. When his car breaks down just before a tornado hits, his life gets turned upside down. While walking to get help he discovers he's been transported back in time to 1838 where he learns there's no running or hiding from either.

He's fought modern-day wars but he may be unable to live in peace in an unjust time he doesn't understand.

Will these two strong, willful souls mesh despite injustice and improbable circumstances to find a middle ground? Or is fate about to play another cruel joke? 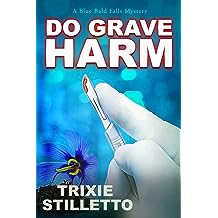 Do Grave Harm (A Blue Bald Falls Mystery Book 1) Aug 22, 2017
by Trixie Stilletto
( 1 )
$4.99
“Helpless” and “vulnerable” aren’t normally part of freelance writer Jennifer Atkinson’s vocabulary. But there’s nothing normal about her regularly scheduled radiation treatment, especially when she discovers that while she was fighting claustrophobia inside the massive machine aimed at her breast, someone was murdering the technician at the controls.

As the gruesome scene plays over and over in her mind, small details that didn’t seem significant at the time start the wheels turning. Soon she’s asking more questions than she’s answering for the seriously attractive investigating officer, Blue Bald Falls Detective Ben Manteo.

Despite Ben’s warning she should keep her nose out of it, Jennifer can’t resist using her limited energy to pick up seemingly unrelated threads that, inevitably, begin to weave themselves into a narrative. A story of lies, deceit, and betrayal that someone will go to any length to make sure never gets told… 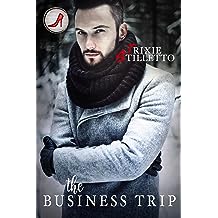 Clay, however, has more on his mind than memos and business for his sexy little seductress. Eliza is about to find out just how hot Alaskan winters can get...

(Note: This story was originally published in 2005.)
Read more 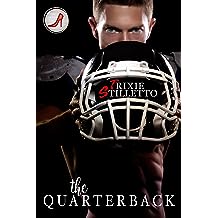 The Quarterback Mar 26, 2017
by Trixie Stilletto
$0.99
Veteran Ken Dryden is looking for one more chance in Buffalo on the field and off. Sportswriter Maggie Moore holds the key to his success.

Ken and Maggie have a history and it didn't end well the first time they were together. Age though hasn't dimmed either their passion for each other or the pain of their break.

Can they work it out, or will all their efforts end in interceptions.
Read more 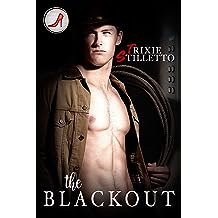 The Blackout Mar 26, 2017
by Trixie Stilletto
$0.99
They're on their way for a divorce but can being stuck in an elevator during a blackout change the end game?
Veteran cowboy Cody Winston has only lost at one thing in his life – Samantha Sloan.
One moment of idiocy cost him the only woman he has ever loved. Now, she wants a divorce and by the long hand of chance, they’re sharing the shame elevator on the way to the lawyer’s office.
Cody prefers to keep personal things slow and smooth, but he’s willing to do whatever it takes to change Samantha’s mind.

Maybe a power surge from an outside source can work in his favor. 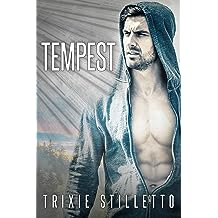 Tempest Feb 11, 2017
by Trixie Stilletto
$0.99
Widowed ex private eye Allison Calhoun has left behind the career of heart and her native Boston for the sleepy Tennessee town of Piney Bluffs. All she wants to do is heal and write the great American novel. Only Piney Bluffs is a hotbed of decades-long secrets and lies all seething just under the surface of the humid summer.
Enter C.J. Lanahan. Once the best friend of Ally's husband and always a thorn in her side, journalist C.J. pushes all of Ally's buttons and not all in a good way. On top of that, his newspaper and editorials seem to be stirring up a hornets nest folks 'round here want left alone. When C.J. is a murder suspect and then almost killed himself, things go from hot to deadly quicker than a heat-driven storm in this Tennessee valley.
Can Ally and C.J. live long enough to expose the truth or will the long-held secrets stay buried forever?
Read more 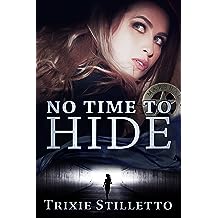 No Time to Hide Sep 2, 2016
by Trixie Stilletto
( 5 )
$0.99
A coward dies a thousand times......
Kerry Simpson, aka so many different names she can't keep them straight, lives this adage. Ever since she heard her fiancé order the death of her hitman father and turned state's witness, her life has been spiraling out of control. Kerry is desperately seeking the courage to face her biggest fear, but time is running out. Will she find the strength to break free or remain enslaved forever?
Death is more acceptable than failure......
U.S. Marshal Cutter Snead's biggest failure caused the death of the only people he loved. Now, burned out, he has one final job before he can start anew--even if it is without his wife and unborn child. He wishes his last assignment would be anything but babysitting a mob daughter who looks like a kindergarten teacher and acts like a tiger mouse. Kerry Simpson should stand for everything Cutter hates, but each minute he spends with her, she opens emotions he thought had died years ago.
Time stops for none......
Can Cutter and Kerry beat the ticking clock, an evil criminal, and a dangerous mole to discover the truth that will set them free to find the love and life they both deserve?
Read more