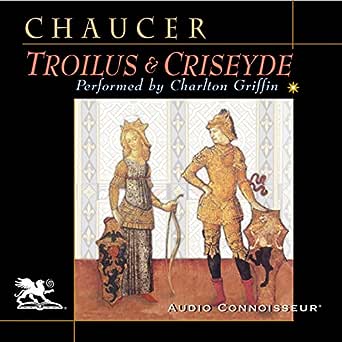 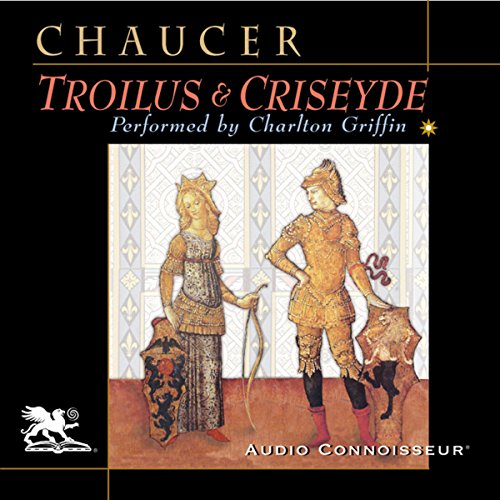 Mathias Dosch
5.0 out of 5 stars Well translated
Reviewed in the United States on May 28, 2013
Verified Purchase
I read this translated version against an original still in middle English and not only did this one scan better but I was able to read it in half the time. A great translation piece!
Read more
Helpful
Comment Report abuse

B. Volkert
1.0 out of 5 stars Broken File
Reviewed in the United States on April 5, 2010
Verified Purchase
I have downloaded this thing a dozen times. There is nothing here but a few lines of the table of contents and that is in Latin. There is something wrong with the file.
Read more
Helpful
Comment Report abuse

Bill Slocum
VINE VOICE
4.0 out of 5 stars Nice...But Is It Chaucer?
Reviewed in the United States on February 4, 2014
Nevill Coghill's modern English translation of Chaucer's epic poem of the 14th century is an exercise in 800-year-old art appreciation made easy. The lines are smooth and polished, the narrative clearly understood. But is it too much like setting Bach to a disco beat?

Whatever the presentation, the story is a fine one: In besieged Troy, heroic Troilus gets his wings clipped when his eyes alight upon fair Criseyde, vulnerable daughter of a deserter. With the help of her uncle Pandarus, and a fortuitous rainstorm, Troilus wins over his one true love. But, as we are warned in the poem's beginning, this is not a story with a happy ending.

Coghill's translation plays up the modern idiom behind this ancient tale of boy meets/loses girl, including the line "It is that makes them tick" and the word "Nuts" as an exclamation. To be fair, Chaucer also incorporates a lot of anachronism in his original text, presenting his Trojans and Greeks as knights observing the rules of chivalry and Christianity. Much of the joy of reading "Troilus" is the way Chaucer makes his poem so much of an overt exercise in story-telling, explaining as he is telling it that he is speeding up this part, or unclear of that part as the ancient writer he got it from, Homer or whomever, was vague on this or that.

The beauty of the original is something I can't speak to. I read "Canterbury Tales" in college and really struggled with it enough I was happy to read Coghill's no-tears translation. Still, it's probably best to have a version of "T&C" that gives you both the original text and a good translation. Coghill himself points out in his introduction that there's nothing to beat the beauty of Chaucer's versifying in its original form. Coghill makes the best of it, though.

"Think that of Fortune's sharp adversities
The most unfortunate of all, at last
Is to have known a life of joy and ease,
And to remember it when it is past."

Where Chaucer wrote: "But who may bet beguile, if that him list/Than he on whom men weenen best to trist?" Coghill puts down: "But who is better able to deceive/Than one in whom we hunger to believe." Coghill's rhyming challenge alone is quite astounding, given the fact he has to get his translation to work line-by-line in a complicated ABABBCC structure, but this he pulls off wonderfully.

The poem itself is worth one's time, too. Unlike "Canterbury Tales," as Coghill notes in his introduction, Chaucer completed "Troilus And Criseyde," and it works in a thematically unified way throughout. It's a slow-moving story, and there are sections in it that can test a reader's patience as the same ideas and sentiments get so often repeated. Yet you also get an amazing perspective on how enlightened people in the Middle Ages really were, musing over the philosophical underpinnings of their world and questions of life and love.

In short, if Chaucer is a writer who frightens you as he does me, Coghill's "Troilus And Criseyde" may be just the thing to give this early master a second chance.

Luc REYNAERT
5.0 out of 5 stars A slave of love
Reviewed in the United States on December 9, 2007
Geoffrey Chaucer's fresh, but, sometimes very sentimental text tells the story of the brave knight, Troilus, a `slave of love', Criseyde, a realistic widow, and their go-between, the intriguer and opportunist, Pandarus.

For the idealist, Troilus: 'Next to the foulest nettle, tick and rough, / Rises the rose in sweetness, smooth and soft.'

For the realist, Criseyde: 'Am I to love and put myself in danger? / Am I to lose my darling liberty? / She who loves none has little cause for tears. / Husbands are always full of jealousy' / And men are too untrue /Or masterful, or hunting novelty.'

The sly intriguer Pandarus brings them together: 'Just as with dice chance governs every throw / So too with love, its pleasures come and go.'

However, the love between Troilus and Criseyde cannot blossom for political reasons. The realist betrays the idealist.

For Troilus (Chaucer), the fundamental question is: 'Since all that comes, comes by necessity / Thus to be lost is but my destiny.'
Was his fate ruled by predestination or was there only foreknowledge by God? 'To prone predestination, yet again others affirm we have free choice. To question which is cause of which, / and see Whether the fact of God's foreknowledge is / the certain cause of the necessity.'
Chaucer's answer is `determinism': 'And this is quite sufficient anyway To prove free choice in us a mere pretence.'

However, the priests are not his favorites: 'The temple priests incline to tell you this / That dreams are sent as Heaven's revelations; / They also tell you, and with emphasis / They're diabolic hallucinations.'

For Chaucer, 'Think this world is but a fair / passing as soon as flower-scent in air.'

This poem is not as strong as the Canterbury Tales, but it is a must read for all lovers of world literature.
Read more
Helpful
Comment Report abuse
See all reviews

Pen Name
5.0 out of 5 stars Well used, but good condition.
Reviewed in Canada on October 27, 2020
Verified Purchase
Thank you so much. It still smells like library. I could curl up with it and be so content that cartoon hearts float above my head.
Read more
Report abuse