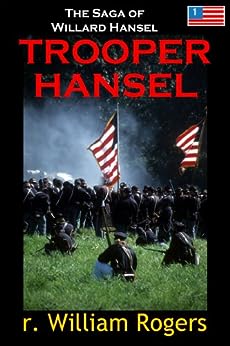 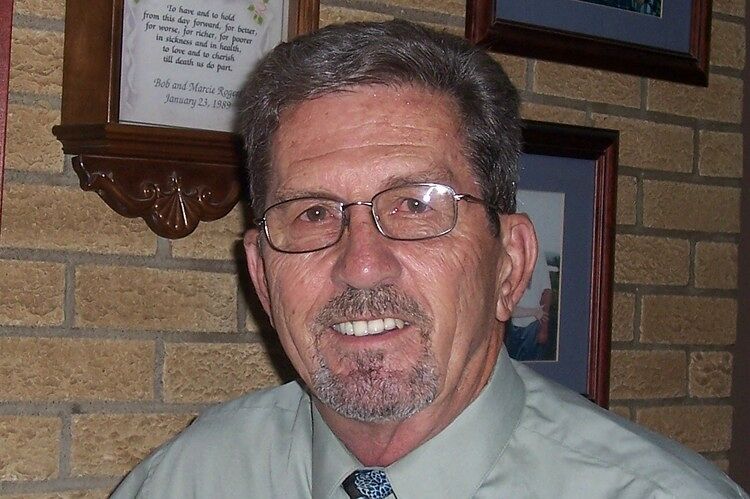 by r. William Rogers (Author) Format: Kindle Edition
See all formats and editions
Sorry, there was a problem loading this page. Try again.
Set around the battlefields of Lexington, Missouri, this is the mostly-true story of Willard ‘Bud’ Hansel and Zeke ‘Junebug’ Jamison. It depicts the grim realities of the downright hatred and vengeance that shaped the lives of those who fought the Civil War.

With the 1st Illinois Cavalry having nearly been wiped out on an obscure hillside somewhere near Lake Of The Ozarks, in Missouri, Bud regains consciousness amid the protection of the branches of a fallen tree. As the far-away sounds of battle continue farther down the hillside he wonders what fate has befallen his best friend, Junebug.

With Junebug having been taken prisoner by a rag-tag squad of Rebs it is up to Bud to free him. He manages to get it done, but not before his friend suffers ruthless abuse at the hands of one of the Rebs in particular, a low-life no-account named Akers.

With the battle lines having been drawn, Bud and Junebug set out to find Akers and get their payback. However, their mission in life gets seriously sidetracked when they are taken prisoner at William Jacks Ferry.

This fact-filled historical story is packed with abuse, vengeance, the high-risks of spying on the enemy, and the levity that having a devoted friend can bring to the otherwise unthinkable hardships and chaos that was the Civil War.
Read more
Previous page
Next page

Originally from central California, I successfully made the transition to Colorado in 1981, and have remained here ever since.

I began my fiction writing career in 1997 while on a bowhunting trip to the beautiful saw-toothed Sangre De Cristo Mountains of central Colorado. The desire to write that initial novel just kinda flared up after having read a few books by Author/Evangelist, Al Lacy. I wrote that first novel, MUSTANG JUSTICE, on a notepad with a pencil (well...a few pencils really). After receiving the usual rave reviews from the wife and family, I decided that I was a writer and steadfastly began entering the manuscript into the computer.

The next logical step was to have someone other than family read it. Boy, did that ever turn into a chore. Although that person liked it as well, her initial reaction was: "Where did these people come from?" That question was answered satisfactorily after completing what had began as a tedious task at best, but quickly transformed into the exciting and joyous experience of writing the first three books in the Arkansas Valley Series: TOWARD A NEW BEGINNING, UNCERTAIN TIMES and SHATTERED DREAMS; MUSTANG JUSTICE turned out to be the fourth in what was destined to become the seven book series.

Of course this entire endeavor had to have been the now late Al Lacy's fault, because after having consented to going to lunch with me, and allowing me to pick his brain, he'd unknowingly lit a fire somewhere deep inside my soul.

One thing led to another and I was eventually able to self-publish TOWARD A NEW BEGINNING, which was not only the first self-published book to become a finalist for the prestigious Christy Award, but won the 2003 award for 'Excellence In Christian Fiction'. Note: Mr. Lacy graciously wrote the introduction for that book.

Since then, I have written an additional thirty-eight books.

With that in mind, let it be said that my genre interests are not entirely limited to Christian westerns. I have additionally written books in such genres as: Adventure, Sports (baseball), Civil War, Gold Mining, and other topics as the urge strikes me. So far my interests have remained strictly on the fiction side of things and will continue to be for the foreseeable future.

Back in the day, I served five and a half years in the US Air Force, as a jet fighter mechanic during the Vietnam conflict.

My wife of many years and I have five wonderful daughters and eight, count 'em, eight grandchildren, including our first great-granddaughter. We now reside in Widefield, Colorado, with one of our grandsons, whom we adopted.

I am now retired and enjoy the freedom to write when and wherever the notion grabs me (which is usually daily and just about anywhere I happen to be).

I truly hope my work brings a little bit of joy into your life, but you may have to wipe away a tear from time to time in order to get there.

Please feel free to visit my website at: bobthebookbuilder.com. The site includes a page where you can email me directly.

Raymond H. Mullen
VINE VOICE
4.0 out of 5 stars Relationships and Emotions in Battle
Reviewed in the United States 🇺🇸 on February 26, 2014
Verified Purchase
I really liked this one. The characters were well developed and believable, if just a little (off center) at times. Throughout history and all its' wars, if there is one common denominator it is the fact that Officers and Enlisted men just don't mingle on a social level. It's taboo for many reasons such as discipline, respect, secrecy and somewhat of a 'class' separation.
The two main characters here cross that line and become fast friends. As the story develops and the war rages on the author introduces us to other soldiers and their comrades.
He shows us the fears, loves, kindness and ruthlessness of the men in battle.
This is not the average Civil War book. If you are looking for specific battles, dates, troop movements and general statistics, find another book, but if you want to get into the mind of men that live with death on an hour to hour basis this one's for you. It also deals with the Christian revival that showed up during the war. This book has a light, almost comical theme at times while other times it is dark beyond measure. It's quite a trip and I know you'll enjoy being a part of it.
The only reason I rated it 4 stars is that I'm stingy with 5 stars, but this one was really, really close.
Read more
One person found this helpful
Helpful
Report abuse

Amazon Customer
4.0 out of 5 stars Good Civil War Era Reading
Reviewed in the United States 🇺🇸 on May 15, 2013
Verified Purchase
This is the second series I have started to read from r. William Rogers. It is a good clean book with good drama and a good thesis. It is about some soldiers who were discharged from the Union army during the civil war trying to make it. I would reccomend it for anyone who wants to read a good clean western with Christian leanings.
Read more
One person found this helpful
Helpful
Report abuse

William Ward
5.0 out of 5 stars Trooper Hansel
Reviewed in the United States 🇺🇸 on July 17, 2013
Verified Purchase
Great story and good writing, an interesting book of the civil war and two friends who were with God. Recommend everyone read this book.
Read more
One person found this helpful
Helpful
Report abuse

akhawk
5.0 out of 5 stars Winner!!
Reviewed in the United States 🇺🇸 on June 3, 2013
Verified Purchase
I hope that Mr. Rogers continues to write his books about the west and the people he brings to life in them.
Read more
One person found this helpful
Helpful
Report abuse

Glenda Kremer
5.0 out of 5 stars trooper hansel
Reviewed in the United States 🇺🇸 on August 29, 2013
Verified Purchase
I absolutely love all of r. william rogers books and have read all 20 and am waiting for the next!
Read more
One person found this helpful
Helpful
Report abuse

S. Ford
3.0 out of 5 stars If you like a book about the fighting of the Civil War; you should enjoy this one.
Reviewed in the United States 🇺🇸 on November 29, 2015
This book is well written; a good story; interesting and likeable characters.....but all about fighting the Civil War; which is just not my cup of tea.....but wanted to read the 2nd book of the series and felt like I had to read the first book to get a basis for the 2nd. I want to say that I have enjoyed most all of the other books written by Mr. Rogers and hope my review does not detract from the book......I think that most men and some women would probably enjoy the story....but war is just not my thing. That being said; if you like the actual fighting of the Civil War period; give the book a try; you should like it.
Read more
One person found this helpful
Helpful
Report abuse