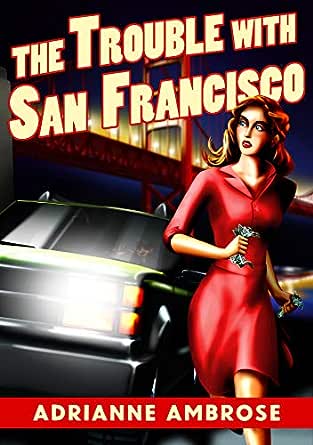 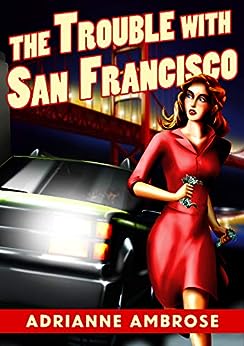 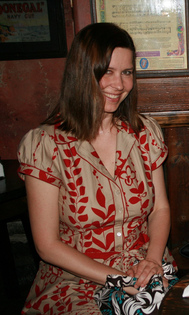 4.5 out of 5 stars
4.5 out of 5
14 customer ratings
How does Amazon calculate star ratings?
Amazon calculates a product’s star ratings based on a machine learned model instead of a raw data average. The model takes into account factors including the age of a rating, whether the ratings are from verified purchasers, and factors that establish reviewer trustworthiness.
Top Reviews

l G onzales
5.0 out of 5 stars Wow!
Reviewed in the United States on August 2, 2020
Verified Purchase
I really enjoyed this book it was so exciting and also very funny at times.It will make you laugh and also cry at times.My favorite character was Sam she was always losing the man lol.I hope to read more of this same author.Thank you for this great book!
Read more
Helpful
Comment Report abuse

Gilbert Lifton
4.0 out of 5 stars I Couldn't Understand the Protagonist's Motivation
Reviewed in the United States on July 10, 2020
This book is rather well written, quite funny at points, and the author provides some very topical observations about what modern life looks like in the big city. It is a fast-paced and enjoyable read.

But, I absolutely don't understand what Sam, the protagonist was thinking. She kept putting herself in situations which she was in danger of physical or sexual harm, then dusted herself off and got right back on the case. In order to ignore this kind of danger, I would expect her to have a serious investment in the case, but she doesn't. She's 'Doing it to help a friend'. She also uses the rationale that without money she'd be homeless...except she has a grandmother who offered her both a place to live and a job, a mother who was able to give her a loan without a problem, and a sister who would likely be able to help out a bit if times got rough. I understand not wanting to leech off your loved ones, but when your physical well-being is on the line, that excuse is pretty flimsy. When, at the end of the book, she was asked why she kept going, Sam's answer was 'San Francisco. I just can't let it go." I was so glad someone asked her for her rationale, but this answer was such a let down; it may have greater meaning to a San Fransiscan, but to an outsider, it didn't have any weight.

Other questions that ate at me:
Seriously, why didn't Tanya just track her husband's phone?
Why did Slain talk like he was in the 1940s?
When Sam thought Slain had tried to kill her at the baths, why did she immediately go confront him? (HE WAS TRYING TO KILL YOU!!)
Why was Slain working the job in the first place? I understand at the end he was trying to extort Patrick, but he had to get on the case for some reason, but nobody was paying him, and PI's aren't known for doing Pro Bono work.
What was up with the 'Time-Travelling' hobo? Does Sam just befriend homeless people?
And 2 other notes: 1) Having both the hotties that asked Sam out not actually want to date her was a bit redundant. 2) Having the cop show up at the end because Sam butt-dialed him was a bit cheap, usually you don't want to have your character be saved by coincidence.

This is by far the longest book review I've written, which I guess says something. This book really was enjoyable, but could be outstanding if some of the loose ends were tied.
Read more
2 people found this helpful
Helpful
Comment Report abuse

Kara
4.0 out of 5 stars Funny, entertaining mystery
Reviewed in the United States on July 23, 2020
Very entertaining and so well written. I loved the voice of the main character, but I couldn’t understand her motivation most of the time. She kept putting herself in one clearly dangerous situation after another when there were simple alternatives. Like saying no. Or asking someone to go with her. So I found that part of the story a little frustrating. Still an enjoyable read though. Made me laugh and the writing was so fantastic, I’d read this author again.
Read more
3 people found this helpful
Helpful
Comment Report abuse

Suzy Davies
5.0 out of 5 stars A Mystery with Comedy, Intrigue and Pace
Reviewed in the United States on July 9, 2020
Samantha is stuck in a dead-end job with no prospects and a jerk of a boss. Living in San Francisco is not cheap. And quitting would put her in dire straits, unable to pay her rent. Even so, she impulsively walks out.

She believes her luck has changed for the better when she chances upon an alternative unusual opportunity. Tanya thinks her husband is having an affair. She employs Samantha to be her private investigator, although, of course, she has no previous experience in detective work. And it is by no means straightforward.

This story is a mystery full of humour and intrigue. The book is fast-paced, and it is well-structured.

Characterisation is arty and quirky. The lead character, Samantha, is likeable, in a Bridget Jones kind of way, and we see her grow in stature as she learns from her sleuth escapades and the story progresses. Psychedelic hippie, Grams, is a good foil for the gritty more menacing "criminals" who turn up in the plot; there is no dark corner of society that hides in this tale. We have Satanists, Sado-Masochists, Drug Addicts, Murderers. At the same time, the comedy provides much-needed light relief.

I loved the descriptions of San Francisco, which is a kind of character in the book. The references to Sam Spade and Film Noir are witty in their self-consciousness.

The dialogue comes across as believable.

The elements woven into the story about Samantha's "romantic life" are cleverly deceptive, so that the revelations and dramatic climax towards the end of the book are all the more enjoyable , surprising and satisfying.

I loved the ways in which this skilled author balanced the different elements of the story to create this page turner.
Read more
Helpful
Comment Report abuse

Romantic
3.0 out of 5 stars It was ok
Reviewed in the United States on July 10, 2020
It wasn't horribly written, but there was the odd typo. Example: "Not Elizabeth Taylor Violet...,". I'm fairly certain that he didn't mean to make "Violet" a last name. Anyway, other than that, why the three stars? Because though well-written, there was no depth, which meant not getting invested in the characters, which meant I didn't care less what happened to them. In other words, shallow writing. If someone is certain someone else is trying to kill them, I should feel that. Instead, the dialogue was too contrived and lacked the needed emotional stimulus. There was also the cliched over-used moments: Example: '“All right, doll-face.” He rocked back on his heels. “I’ll see you around.” “Not if I see you first.”' -- Really? Come on! Can't writer's find more creative ways to express dialogue anymore?

sureshot
5.0 out of 5 stars A series that should continue
Reviewed in the United States on July 16, 2020
This is not really the type of mystery I usually read. I'm read a lot of Sanford and Grisham. I was surprised at how well I like this. I really like the main character. She is all too human and quirky. The plot wasn't great, but it was good enough, Suite kept me turning the pages. I think she's a strong enough character to make readers want more and carry a series. I highly recommend this book.
Read more
One person found this helpful
Helpful
Comment Report abuse
See all reviews from the United States