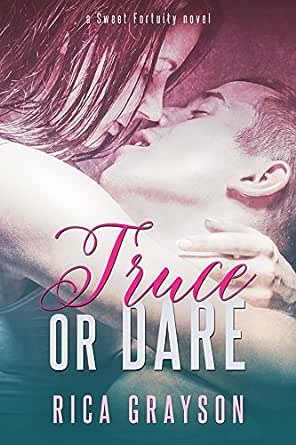 You've subscribed to Sweet Fortuity! We will preorder your items within 24 hours of when they become available. When new books are released, we'll charge your default payment method for the lowest price available during the pre-order period.
Update your device or payment method, cancel individual pre-orders or your subscription at
Your Memberships & Subscriptions
There was an error. We were unable to process your subscription due to an error. Please refresh and try again. 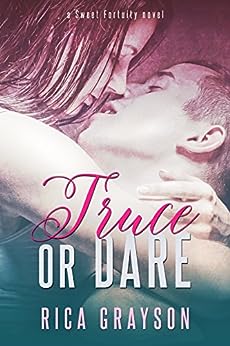 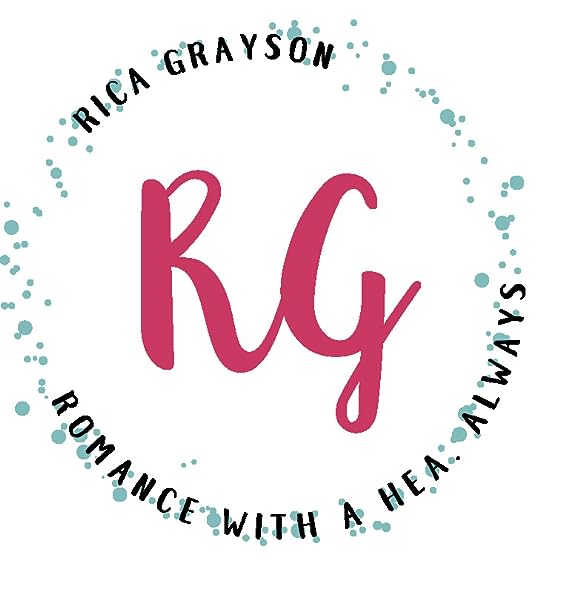 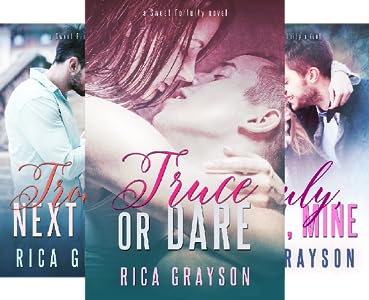 4.1 out of 5 stars
4.1 out of 5
3 global ratings
How are ratings calculated?
To calculate the overall star rating and percentage breakdown by star, we don’t use a simple average. Instead, our system considers things like how recent a review is and if the reviewer bought the item on Amazon. It also analyzes reviews to verify trustworthiness.
Top reviews

valeen
VINE VOICE
4.0 out of 5 stars emotional second chance romance
Reviewed in the United States on September 14, 2016
Truce or Dare is an emotional second chance romance. Chase and Sherry were together 2 years previous and one night Chase proposed. Sherry was so overwhelmed and surprised by the proposal that she said no and freaked out. Chase was so mad at her for saying no that he broke up with her. She was so upset by his rejection that she moved to Chicago from their small town of Fortuity to get away from it all. 2 years later she came back when she found out that her grandma, Gem, had passed away.

I enjoyed seeing Chase and Sherry wind their way back to each other. It was obvious they still had feelings for each other and it was inevitable that they'd get back together at some point. I have to admit, though, that I was feeling a bit lost throughout Truce or Dare, because I felt as if I was missing out on a lot of details about their relationship. I was basically dumped into their current relationship and expected to know what was going on. There were definitely things left out and I never felt as if I knew everything about their past relationship.

What I liked most about Truce or Dare are the secondary characters, Sherry and Chase's friends and family, Haley, Paula (Haley's mom), Sierra, Eva, Kate, Wes, Abe, and a whole slew of others. The small town of Fortuity reminds me a lot of the small ass town where I grew up; it's tiny and filled with gossiping, judgmental, crazy people. But, as is with most small towns, a lot of those people truly care about each other. And in Fortuity, Sherry finds out that a lot of those people truly care about her and are perfectly happy to welcome her back.

I like the world Rica has created and am definitely hoping for books on other characters in this world.
Read more
One person found this helpful
Helpful
Comment Report abuse

John and Theresa Gromadzki
2.0 out of 5 stars More chick lit than romance
Reviewed in the United States on April 19, 2017
This novel had more female angst than a high school. The female lead did an ostrich impersonation in most interactions with the male lead. I'm not sure who was a bigger glutton for punishment; the male lead for riding out her angst, or myself for finishing the book.
Read more
Helpful
Comment Report abuse
See all reviews