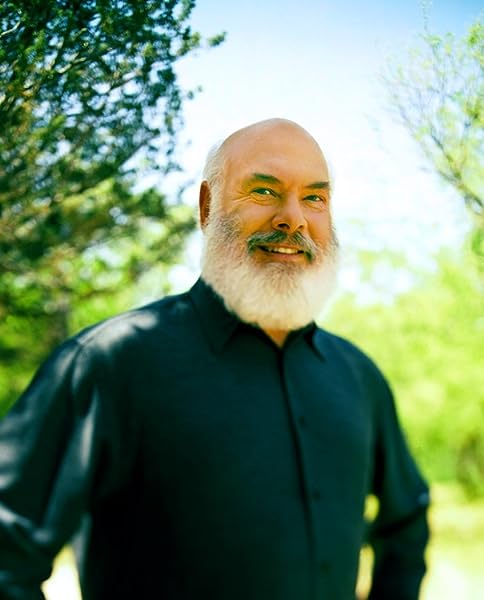 "Andrew Weil knows how to bring people into a new relationship to food: If you eat simply and deliciously with family and friends, using local, organic ingredients in season, the natural outcome will be good health for the rest of your life." --Alice Waters, author of The Art of Simple Food―-

"One of the best health cookbooks we've seen in a good while." --LA Weekly―-

"Andrew Weil is a rare member of a special class of diet gurus: he appreciates good food. This shows in every recipe." --Marion Nestle, professor of nutrition, food studies, and public health at New York University, and coauthor of Why Calories Count―-

"No one may be more associated with an anti-inflammatory diet than integrative medicine guru Dr. Andrew Weil, creator of the Anti-Inflammatory Diet." --Dallas Morning News―-

Andrew Weil, MD is the founder and director of the Arizona Center for Integrative Medicine and a partner of True Food Kitchen. He is the author of several bestselling books, including Spontaneous Happiness, The Healthy Kitchen (coauthored with Rosie Daley), Healthy Aging, 8 Weeks to Optimum Health, and Spontaneous Healing. He lives in Tucson, AZ.

Sam Fox is the founder and CEO of Fox Restaurant Concepts, and has been nominated three times for Restaurateur of the Year by the James Beard Foundation. He lives in Scottsdale, AZ.

4.4 out of 5 stars
4.4 out of 5
675 global ratings
How are ratings calculated?
To calculate the overall star rating and percentage breakdown by star, we don’t use a simple average. Instead, our system considers things like how recent a review is and if the reviewer bought the item on Amazon. It also analyzes reviews to verify trustworthiness.
Top reviews

P. Koskiniemi
4.0 out of 5 stars True Foods, needs a little help before 2nd edition
Reviewed in the United States on January 9, 2013
Verified Purchase
Andrew Weil is a healthy life-style guru, and I have purchased several of his books. It's clear to me that several of the reviewers have been given complimentary copies of the book to review and they simply proceeded to write a book report without having made any of the recipes. Often times, as in this case, the recipes for a restaurant quantities are not accurately translated for home use. For a seasoned pro, this may not be a problem. However, if you plan on giving this gift to a beginning cook, they may have problems with it. I have made 12 recipes so far, and the wonderful part about most of them is the abundant use of fresh whole foods, and the frugal use of fats, salt and sugar.

If I had edited the book in advance, I would have advised that a "crustless quiche" is more commonly known as frittata on page 25. I would suggest you omit the baking soda in the Carrot-Parsnip-Zucchini Bread on page 26,and add 1 Tablespoon of baking powder instead. One medium carrot and one medium parsnip and one small zucchini does not mean anything. I used 4 cups total shredded vegetables. That works. Also,you must line your bread pans with paper if you are using olive oil instead of butter to keep the bread from sticking. Or use non-stick pans.

The Fattoush Salad on page 70 is a winner and will appeal to almost everyone. The Moroccan Chicken Salad on page 87 is the best low fat version of chicken salad you will ever find. You will never guess that it has so little mayonnaise! The Sweet Potato-Poblano Soup is wonderful but 3 quarts of water to 5 vegetables has got to be an error. If you double the amount of vegetables you will be fine, otherwise you will end up with a lot of extra broth and nothing like the photograph!

The Bison Chili on page 110 is excellent, with a flavor profile enhanced by a wide array of herbs, spices, and chocolate! The Miso-Marinated Black Cod on page 132 was not worth all the trouble when the fresh fish would have tasted better if it were naked! I would only mask the fish if it were not perfectly fresh.

The Chicken Enchiladas on page 145 were fabulous. The fresh tomatillo salsa is easy and incredibly delicious. You may want to double the recipe and make a blender full. The recipe neglected to tell you what to do with the corn after you browned it, but assumes you will figure it out. Contrary to the recipe you will need 3/4 cup of salsa, not 1/4 for the bottom of the pan, which should be 9 X 12 since they didn't specify. And you will have plenty of filling for 12 6" tortillas, not just 6 as the recipe reads.

The photography is beautiful but doesn't always relate to the recipe. Why show steel cut oats next to a recipe for granola that calls for old-fashioned rolled oats?

"True Foods", is evidence that Andrew Weil's recipes have evolved to the point where there is absolutely no sacrificing flavor for health. True Food will introduce you to new techniques, new food combinations, and new ingredients. That's a big accomplishment for any cookbook!

DC
3.0 out of 5 stars Beautiful Book, But Recipes are Too Complicated for Me
Reviewed in the United States on March 27, 2019
Verified Purchase
I love Dr. Weil's advice on health and wellness and this is a gorgeous book...however, it is definitely for people that have fantastic cooking skills and have lots of time in the kitchen...I do not. Several recipes list ingredients not readily available in my area. Maybe good for occasional dinner parties, but not everyday cooking for me.
Read more
7 people found this helpful
Helpful
Report abuse

Elizabeth
2.0 out of 5 stars Very Disappointing For Me
Reviewed in the United States on May 10, 2019
Verified Purchase
I was hoping this cookbook would contain some recipes that are actually served in our True Foods Kitchen locally. Not a one. Had I read the reviews more thoroughly, I would have discovered that fact as well as some ingredients may not be available locally (easily). I am also not a fan of bison and there were a couple of recipes in there using this meat. All in all, a total disappointment. I think there is one recipe I might cook in this cookbook. Alas...the restaurant is wonderful, this cookbook not so much.
Read more
5 people found this helpful
Helpful
Report abuse

theFashionCloud.co
5.0 out of 5 stars Amazing and Phenomenal. Healthy but palatable recipes for the food snob.
Reviewed in the United States on January 7, 2013
Verified Purchase
I rarely write reviews, but I felt compelled to write this one.

Reading through the small handful of negative reviews, I couldn't help but feel like a snob. Seriously though; what sort of food palates do those negative reviewers have? How could anyone with any good aesthetic sense think that this cookbook is below anything but phenomenal? When asking for a review or opinion, you must always consider the source. Everyone has an opinion, but the validity of said opinion must be considered.

I must admit that I'm a bit of a cookbook junkie. After every binge of cookbook buying sprees, I swear that I will not buy another one. With this latest purchase I may actually keep that promise. I came across a review of this cookbook along with a few others on a NYC wellness site, while innocently looking for juicing ideas. This was one of 4 cookbooks I purchased. The problem with Amazon is the premise that "you can always return them". Alas, I am keeping 3 out of 4 amongst this latest set of buys. I have to say True Food is not only the best of the bunch, it has immediately become one of my top 5 favorite cookbooks of all time.

I love reference books, & have been known to hold onto cookbooks even if I only like 20% of the recipes. This is one of the super rare instances where I would have to say 85% of all the recipes appeal to me, and the 15% that don't, I can tweak the ingredients to my palate (ie. instead of soba noodles for the asian recipes I would substitute naeng myon) or changing or adding the proteins featured or perhaps tweaking with vinegars, juices, honey or spices. The core of all the recipes though are solid. I did notice a mistake on page 85 while reading the Quinoa tabbouleh recipe, as the picture next to it clearly had no quinoa in sight and had strawberries,bulgur wheat and walnuts; ingredients obviously not featured in the facing recipe. Freaked out momentarily thinking that the recipe was left out, but looked in the index under strawberries and found the recipe on page 22. Funny thing was that I had initially dismissed this recipe, but after seeing the picture, added it to my "must makes".

As far as menu planning goes, this cookbook is amazing in it's cohesiveness. Usually the "basics" section of most cookbooks use their "basics" in only one or maybe two recipes. I was happy to see that the mushroom broth and dashi were used in several recipes, making menu planning a breeze. There's nothing worse than making a quart of a basic and wasting it because of the lack of usage in recipes. Bravo to the writers for doing this. Seems obvious, but surprisingly a common problem amongst even the best of cookbooks.

The recipes are equally influenced by asian, italian and mediterranean/california cuisine. It reminds me of a small restaurant in SF circa 90's called Ori-Italia, but with a very healthy twist (ie. sans the french butter influence)
Also, as an avid reader of cookbook and recipe publications for over 20 years, I have to say this is the best balance of healthy eating and gourmet that I have EVER seen. Although I own a few Raw Food and vegan cookbooks, this book has actual palatable recipes that make you believe that healthy yet delicious food is possible. All I can say is, I may actually not buy another cookbook, until these authors come out with another one! Wish they had a restaurant in NYC, but this book will have to suffice I suppose.
Read more
47 people found this helpful
Helpful
Report abuse

Aticus
5.0 out of 5 stars A great book with some great recipes
Reviewed in Canada on July 28, 2016
Verified Purchase
I originally received this book as a gift , i love it so much i have bought it 6 times to give as gifts to people.
The recipes are healthy and 5 star restaurant quality. You can really blow your guests away with some of them.