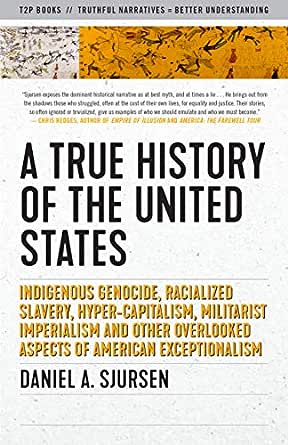 You've subscribed to Sunlight Editions! We will preorder your items within 24 hours of when they become available. When new books are released, we'll charge your default payment method for the lowest price available during the pre-order period.
Update your device or payment method, cancel individual pre-orders or your subscription at
Your Memberships & Subscriptions 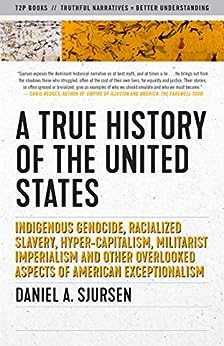 An Amazon Book with Buzz: "The Four Winds" by Kristin Hannah
"A timely novel highlighting the worth and delicate nature of Nature itself." -Delia Owens Learn more
click to open popover
Books In This Series (4 Books)
Page 1 of 1Start OverPage 1 of 1
Previous page
Next page 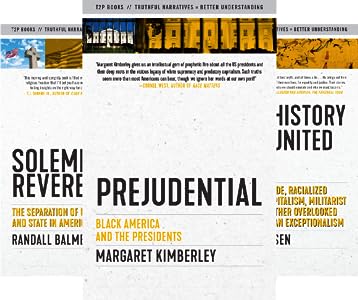 Poll after poll demonstrates that year after year Americans’ basic historical knowledge reaches newly obscene lows. This trend takes on increasing urgency when we observe political leaders and senior policy makers direct foreign and domestic affairs in the apparent absence of knowledge of relevant historical context. Frankly, it is embarrassing to watch, and often tragic in its human consequences.
I was first struck by the severity of this problem when I returned to my alma mater, the United States Military Academy — West Point — to teach freshman (“plebe”) American History 101. I was straight out of graduate school, my sense of the decisive importance of the subject heightened by my tours in Iraq and Afghan where I fought in wars begun and waged seemingly without the faintest sense of the region’s history. That the cadets would likely, almost inevitably, form the increasingly militarized vanguard of future US foreign policy only added urgency.
Most cadets entered West Point having been taught — and thus understanding — a rather flimsy brand of US history. These otherwise gifted students’ understanding of the American past lacked substance or depth, and pivoted on patriotic platitudes. Such young men and women hardly knew the history of the country they had volunteered to kill and die for. That, I thought to myself, is how military fiascoes are made.
Throughout my teaching tenure I set myself the task of bridging — in some modest way — the gap between what scholars know and what students learn. That process and its challenges motivated me to write this book: an enthusiastic attempt to bridge the perhaps unbridgeable — academic and public history. No doubt the project will be found wanting, but there’s inherent value in the quest, in the very struggle. The skeletal geneses of the chapters that follow were the thirty-eight lesson plans I crafted to impart the broad contours of US history to future leaders of an army at war.
That the often censorious — some will say downright un-American — analyses herein were introduced to presumably patriotic and conservative West Point cadets may seem shocking. That many other history instructors on the faculty presented not altogether dissimilar concepts may be more surprising still. Nonetheless, as Martin Luther King Jr. often warned: We should not confuse dissent with disloyalty. In today’s politically and culturally tribal times, unfortunately, this seems the reflexive response to any manner of disagreement.
I make no apologies for having presented combat-bound cadets with undeniable dark facts and some critical conclusions common among esteemed scholars. Exposure to the historical myths and flaws — in addition to the well-worn triumphs — of the country they might very well die for seemed appropriate. Anything less would have felt obscene.
#
I write this preface amid both a deadly pandemic and widespread demonstrations in communities large and small inspired by the Black Lives Matter movement that have shaken many Americans’ perceptions of the nation’s political and economic systems to the core. Whether these historically unprecedented events will translate into structural or lasting change is unclear, but there’s no better time to translate the version of American History 101 that I taught at West Point to a public audience and to pose the salient question: What, exactly, is exceptional about the United States?
America is exceptional — not always in ways that should engender patriotic pride, but rather often in ways that should cause us to reflect, take stock, and strive to do better. Plenty of other countries, for instance, sport equally (if not more) free and democratic societies; dozens are healthier and provide superior medical care; some are even more affluent.
Hardly any, however — particularly in the wealthier “developed” world — have such vast wealth gaps, disparate health services and outcomes, or traditionally weak left-labor parties. Essentially none imprison quite so many of their citizens, militarily garrison the globe, or fight even a fraction as many simultaneous far-flung wars. Even if we were to set aside any associated value judgments, it bears asking why — historically speaking — this is the case.
Why does the United States have income inequality rates equivalent to those of its Gilded Age more than a century earlier?
Why didn’t its citizens insist upon, or achieve, universal public health care before — and especially after — the Second World War, when most of its Western allies and even adversaries did?
Why was there, at least in comparative terms, never a viable socialist or serious labor party alternative in mainstream American politics?
Why has an unprecedented class- and especially race-based mass incarceration regime developed in the nation that most loudly proclaims its dedication to freedom?
And why is it the United States wages undeclared warfare across the planet’s entirety?
Many of the answers actually lie in the past, in the historical development of US politics and society. These aspects of the darkly exceptionalist present can only be understood through — and partly explained by — a better understanding of four ghastly themes underpinning American history but largely glossed over in standard, introductory survey classes: indigenous genocide, racialized slavery, hyper-capitalism, and militarist imperialism.
Many people loudly claim to hate history, at least as a subject in their schooling. Given the uneven quality of its teachers and consequent presentation, that’s quite understandable. Still, distaste for the history class hardly tempers the inordinate value nearly all Americans place on the concept of history, at least as they choose to understand it. Most people understand themselves, their family, their community, and their nation through the prism of history. The stories we tell about ourselves and our forebears inform the sort of country we think we are, the public policy we craft, and even what we imagine possible. --This text refers to the paperback edition.

"Sjursen knows how to inform, provoke, and inspire. Even better, he knows how to be equal parts tough-minded and openminded. A True History is for anyone wishing to be pushed beyond their comfort zone in the service of forming a more perfect union in America."  -- William J. Astore, historian, retired lieutenant colonel (USAF), author of Hindenburg: Icon of German Militarism

"Every history teacher, from middle school, high school, to university, will want to grab this brilliant book, a U.S. History study guide like no other. Based on the course he taught at West Point, historian and Army combat veteran Daniel Sjursen offers profound insights and challenges the standard U.S. History narrative." -- Roxanne Dunbar-Ortiz, author of An Indigenous Peoples' History of the United States

"Sjursen exposes the dominant historical narrative as at best myth, and at times a lie. Popular history celebrates the power of the ruling elites in the present by deifying the ruling elites of the past. Sjursen relentlessly puts back into the historical record the racism, injustices, lies and crimes lesser historians ignore or whitewash. He exposes the complexity of problematic historical figures, such as the overt racist and imperialist Woodrow Wilson, too often transformed into a mythical social archetype whose darker actions, including a decision to re-segregate the federal government and repeated military interventions on behalf of American corporations in Latin America, destroyed tens of thousands of lives . . . Sjursen brings out from the shadows those who struggled, often at the cost of their own lives, for equality and justice. Their stories, so often ignored or trivialized, give us examples of who we should emulate and who we must become. " -- Chris Hedges, author of Empire of Illusion and America: The Farewell Tour

"Nobody fuses together two time-honored cliches: 'those who do not learn from history are doomed to repeat it' and the West Point Academy motto of 'Duty, Honor and Country' better than retired Army Major Daniel Sjursen." -- Coleen Rowley, FBI Special Agent (ret.), 9/11and Iraq War whistleblower, and Time magazine 2002 Person of the Year

"Major Danny Sjursen (Ret.) is the ultimate soldier/scholar who after 18 years fighting America's futile end-of-empire wars has written the definitive history of our imperial entanglements dating back to the pre-colonial era. His writing is an indispensable companion to Howard Zinn's classic unmasking of the perpetual fraud of American innocence." -- Robert Scheer, author of How the United States Got Involved in Vietnam, journalist, and co-founder and editor of Truthdig.com

"To understand reality, there are two things that matter: 1) facts; and 2) the interpretation of those facts. Sjursen can masterfully wield both . . . an encouraging reminder that if America truly seeks to live the ideals it was founded on, there is still much more work to do." -- Erik Edstrom, West Point graduate, Afghan War veteran, and author of Un-American: A Soldier's Reckoning of Our Longest War

"General Ulysses S. Grant felt the U.S. war with Mexico, 1846-1848, was wrong. In the judgment of real historians like Sjursen, Grant was right. In A True History of the United States, Sjursen explains why such historical candor and accuracy is critical by giving us the reason he taught West Pointers not only that Grant was right in his assessment of our war of aggression and aggrandizement in Mexico, but why historical truth in general is a necessary antidote to the hypocrisy of patriotic nationalism: 'Exposure to the historical myths and flaws...of the country they might very well die for seemed appropriate.  Anything less would have felt obscene.'   Read this book to discover why." -- Colonel Lawrence Wilkerson, US Army (retired), former chief of staff to the secretary of state, professor of government and public policy at the College of William and Mary --This text refers to the paperback edition.

Daniel A. Sjursen recently retired from the US Army where he had reached the rank of major and served as a history instructor at West Point, his alma mater. He served tours with reconnaissance units in Iraq and Afghanistan. He is the author of Ghost Riders of Baghdad: Soldiers, Civilians, and the Myth of the Surge and Patriotic Dissent: America in the Age of Endless War. Follow him on Twitter at @SkepticalVet and listen to his podcast "Fortress on a Hill," co-hosted with fellow vet Chris "Henri" Henrikson. --This text refers to the paperback edition.
Read more