You've subscribed to The Fielding Brothers Saga! We will preorder your items within 24 hours of when they become available. When new books are released, we'll charge your default payment method for the lowest price available during the pre-order period.
Update your device or payment method, cancel individual pre-orders or your subscription at
Your Memberships & Subscriptions
There was an error. We were unable to process your subscription due to an error. Please refresh and try again. 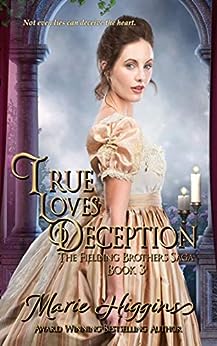 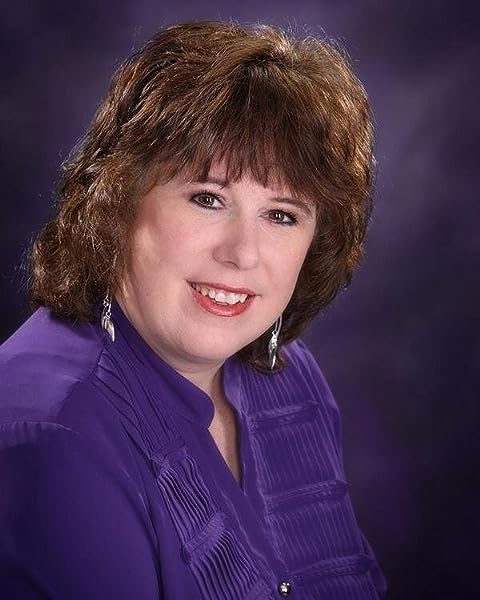 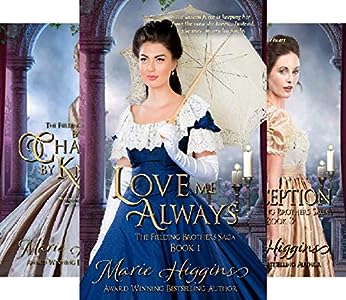 Since Marie Higgins was a little girl playing Barbies with her sister, Stacey, she has loved the adventure of making up romantic stories. Marie was only eighteen years old when she wrote her first skit, which won an award for Funniest Skit. A little later in life, after she’d married and had children, Marie wrote Church roadshows that were judged as Funniest and Best Written. From there, she branched out to write full-length novels based on her dreams. (Yes, she says, her dreams really are that silly) Marie has been married for twenty-six years to a wonderful man. Together, they have three loving daughters and several beautiful grandchildren. Marie works full time for the state of Utah, where she has lived her entire life. Marie plans to keep writing, because the characters in her head won’t shut up. But her husband smiles and pretends this is normal. --This text refers to the paperback edition.

4.3 out of 5 stars
4.3 out of 5
43 global ratings
How are ratings calculated?
To calculate the overall star rating and percentage breakdown by star, we don’t use a simple average. Instead, our system considers things like how recent a review is and if the reviewer bought the item on Amazon. It also analyzes reviews to verify trustworthiness.
Top reviews

Texasrn
4.0 out of 5 stars Stable Hand, Headstrong Woman and a Jealous Sister, oh my what a story!
Reviewed in the United States on April 23, 2013
Verified Purchase
Juliana needs a husband in order to save her Grandmother but she does not want to give up her independence. The solution is to hire a pretend husband but the pickings are slim leaving her with the only choice available--a muck covered stable hand, Andrew. Juliana offers to pay Andrew to be her husband but she looks down on the servant. Andrew needs the money so she agrees and tries to tolerate the snobbish and entitled employer. Juliana deceives her friends and family, Andrew deceives Juliana and Juliana's half sister, Maddie, plots to ruin everything. The delays in Juliana and Andrew consummating their marriage is cute. The storyline is unique and makes for an interesting book. The book is a fast read and the romance is sweet and beige with no soft porn descriptions; however, that does not mean the book is not full of romance and love.

The downsides: There was a twist in the story that is easily figured out early on but it did not diminish the story but I would have liked to see what would have happened to the characters without the twist; Andrew had such dreams of making his own fortune and home, the plot twist seemed to take that away and this is why I gave the story 4 stars. In addition, the story could have been longer because a few scenes and story-lines felt rushed and not fully fleshed out.

I read the book in one setting and enjoyed it enough to get the other books in the series.
Read more
3 people found this helpful
Helpful
Report abuse

Amazon Customer
5.0 out of 5 stars great story
Reviewed in the United States on May 6, 2013
Verified Purchase
I enjoyed this book. The story line was interesting and kept me hooked until I completed the book. It was clean and a sweet romance with some trouble added to it. Julianne needs a husband in order to get her inheritance from her father. She has 8 months to do it or he will choose one for her. Her butler finds her a man that she had seen bathing in a lake on her property. She is attracted to he stable hand and hires him to be her husband. They arrive back in England and fall in love with each other. But there are some other problems. Julianne's younger sister Maddie wants Andrew aka the stable hand for her own. She causes a lot of problems with the couple and the man she is to marry.
Read more
4 people found this helpful
Helpful
Report abuse

Michelle Berry
5.0 out of 5 stars Loved the book
Reviewed in the United States on May 10, 2019
Verified Purchase
Couldn't put it down . Loved the characters , loved the plot, loved the story. Highly recommend to read this book
Read more
One person found this helpful
Helpful
Report abuse

Loree
3.0 out of 5 stars 3 1/2 STARS
Reviewed in the United States on April 30, 2013
Verified Purchase
I enjoyed this story overall. This book, like all the others in this series need some serious editing. SPOILER! They lost me on this one when the younger step sister (a gently bred young lady) is thrown out of the house. That simply would not happen in that era. You might as well send her to a brothel. Arrangements would have been made to remove her from her family, but see to her needs. Except for that huge issue, the book was a fun read with great characters.
Read more
Helpful
Report abuse

Lin B
5.0 out of 5 stars Great story!
Reviewed in the United States on June 7, 2013
Verified Purchase
As in the first two books in this series, my interest was captured from the very first. Juliana manages to teach her 'pretend husband' gentleman manners to fool her family. Her stepsister tries to break up the marriage for her own selfish desires and it puts an interesting twist in the situation. Loved it!!
Read more
2 people found this helpful
Helpful
Report abuse

Anncan2
4.0 out of 5 stars Enjoyable read.
Reviewed in the United States on July 2, 2016
Verified Purchase
Enjoyable summer read. It is refreshing to read a romance novel that is not strewn with detailed sex scenes. Intimate moments are classically shared in an enjoyable way that is not embarrassing to share with my daughters or mother.
Read more
One person found this helpful
Helpful
Report abuse

Ashton
4.0 out of 5 stars Liked
Reviewed in the United States on May 23, 2014
Verified Purchase
Such a good book. I really enjoyed it. It only took me 2 half days to finish it. I was definitely scared it'd be a sappy romance novel but it was so much more than that.
Read more
One person found this helpful
Helpful
Report abuse

Kindle Customer
5.0 out of 5 stars True love deception
Reviewed in the United States on April 4, 2015
Verified Purchase
All I can say is the books keep getting better and better great read can't wait to read the next book I do believe I will be disappointed when I finish the series each book is written so well that you don't want them to end
Read more
One person found this helpful
Helpful
Report abuse
See all reviews

Aardvark
4.0 out of 5 stars Full of Deceit
Reviewed in the United Kingdom on June 25, 2013
Verified Purchase
Juliana wants to stay at her sick Granny's spread in Scotland, but her father wants her to return to England and marry and take her place in society. Juliana hires a groom to pretend to be her husband. For some reason she wants to go through a fake wedding. Andrew (the groom) arranges for a real wedding unbeknownst to Juliana. In England, the jealous little sister wants Andrew for herself. Enter the Fielding Brothers.
Andrew is a really nice person and helps Julianna to be nicer.
Although this isn't necessarily a Fielding romance, it gives us background for the fourth book in the series, and it is a satisfactory romance in itself.
Read more
Report abuse

honey monster
4.0 out of 5 stars Enjoyable read
Reviewed in the United Kingdom on November 7, 2013
Verified Purchase
Not all together authentic but if you just read the story and feel the relationship then you can enjoy the book as I did - the fact that the dialect and period didnt match didnt put me off. I have enjoyed all the brothers stories so far and this one is no exception
Read more
Report abuse

cressy
3.0 out of 5 stars An enjoyable enough story
Reviewed in the United Kingdom on July 1, 2013
Verified Purchase
This is the third book I've read in The Fielding Brothers Saga, and whilst I did enjoy it and read it to the end, some of the conversation seemed too modern for the period in which the book was written and this made the book unbelievable.
Read more
Report abuse

G. Martin
3.0 out of 5 stars highly improbable!
Reviewed in the United Kingdom on May 2, 2013
Verified Purchase
now the author is really reaching the heights of improbability, however I did persevere until the end as I had bought the whole 5 books and thought I may miss something important
Read more
Report abuse

jenni
4.0 out of 5 stars Feilding brother saga
Reviewed in the United Kingdom on May 16, 2013
Verified Purchase
A really good author who I am enjoying, this set of books makes great easy comfortable reading which I would recommend.
Read more
Report abuse
See all reviews
Back to top
Get to Know Us
Make Money with Us
Amazon Payment Products
Let Us Help You
EnglishChoose a language for shopping. United StatesChoose a country/region for shopping.
© 1996-2021, Amazon.com, Inc. or its affiliates