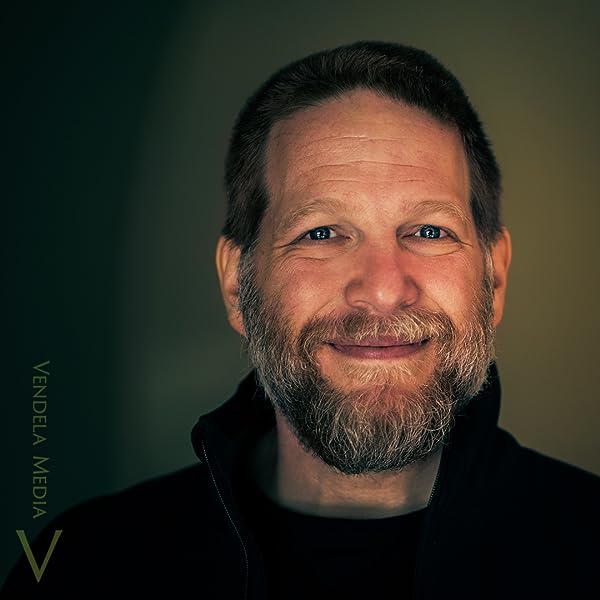 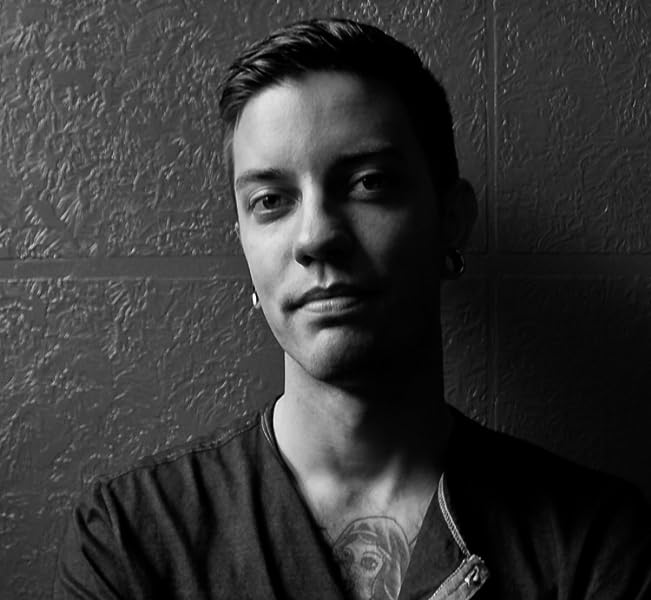 The revised and updated edition of the breakthrough bestseller

Trust Agents has been widely acclaimed for its new approach toonline marketing. Now, in this revised and updated edition, social media veterans Chris Broganand Julien Smith show you how to tap into the power of social networks to build your brand'sinfluence, reputation, and profits. Combining high-level theory and practical advice, they deliveractionable strategies and real case studies that show how social media can positively impact your business. Let Trust Agents give you the keys to building customer loyalty online so your business can succeed in new markets and channels today!

"Wow! Every once in a while you find a book that is a sit up in your chair, take notes, tell yourfriends, change your life breakthrough. This is that book. No kidding, you can trust me."
―Seth Godin, author of Tribes

"Social media may be a phenomenon, but it's not a fad. It has forever changed the waycompanies communicate with their customers. Trust Agents is the blueprint for doing it right."
―David B. Thomas, Social Media Manager, SAS

Chris Brogan is a leadingauthority on blogs, highly ranked by Technorati.com. With over ten years of blogging and media making under his belt, Chris is one of the most widely read and respected bloggers on social software and methods out there today.

Julien Smith has been involved in Web communities for the last ten years. He was among the first adopters of podcasting and nowactively works with startups to help build a trusted audience on the Web.

4.2 out of 5 stars
4.2 out of 5
133 customer ratings
How does Amazon calculate star ratings?
Amazon calculates a product’s star ratings based on a machine learned model instead of a raw data average. The model takes into account factors including the age of a rating, whether the ratings are from verified purchasers, and factors that establish reviewer trustworthiness.
Top reviews

Marylene Delbourg-Delphis
5.0 out of 5 stars Social Media -- "Business, it feels, is becoming an art"
Reviewed in the United States on August 23, 2009
Verified Purchase
"Do you see yourself as a Trust Agent?" I asked an entrepreneur. "Kind of," he responded somewhat coquettishly, immediately mentioning that he had thousands of followers on Twitter for his company. He "had a reputation," and he had "earned it." As if any reputation were a "good" one by default (the internet version of "any publicity is good publicity")! As if a "good" reputation at any given time entitled anybody or any company to be trusted in perpetuity. Madoff was a "Trust Agent" in his field, and remained so for a long time mainly because people are so scared at the idea of trusting people that they are even more scared at the idea of questioning the trust they have placed in them... All of this to say that this book addresses anybody: the perpetweeters who feel like inductees into the Web-pantheon -- yet could be dismantled as easily as any statues - and, of course, those who wonder how to expand their influence.

The book is structured around the six main features of a Trust Agent:
1. They make they own game. Nothing to do with ego packaging. They are the people who set new rules and provide a novel or interesting perspective on things.
2. They are "one of us." The expression "social media" maybe somewhat redundant, except that the Web can also be the playing ground of antisocial nerds and weirdos. Trust Agents are people we can relate to and care about others.
3. They understand the principle of the lever - or the Archimedes effect ("Give me a place on which to stand, and I will move the earth") and empower others.
4. They are marvel-ous connectors -- they have the power of an "Agent Zero." "No matter where they go, trust agents have a desire to connect good people together." They are not mere networkers and are more like relationship facilitators.
5. They are human artists. On the Web, we are deprived on 93 percent of all the human signals (38 percent vocal tones and 55 percent body movement), which exposes anybody to a number of blunders. They understand the subtle aesthetics and the etiquette of communication.
6. They know how to "build an army." You can't do it alone. But how can you best convince thousands of ronin and lone rangers to join in and follow? The loyalty of people is first and foremost your loyalty, as a Trust Agent, to them. The Kmart incident let the authors realize that "there are agreements, often implicit, between people and that these social contracts need to be clear and understood at all times."

The chapter "Build an Army" ends with an interesting statement: "Most of the meat of the business isn't in using these [social media] tools, but rather in how they are applied uniquely to your organization." The how requires a new type of skill, and tellingly enough, the conclusion of the book starts with an interesting statement: "Business, it feels, is becoming an art," the art of humanizing people that you may never see, and at looking at a random collection of people as real human beings emotionally connected by what the authors often call a "social contract." Push marketers are doomed to belong to another age, and social media marketing, still kind of a sidekick in marketing organizations, will be the cornerstone of the next marketing age - one governed by a completely new understanding of the value of customer service.

I like this book for many reasons. It's pragmatic and offers actionable advice to individuals and business leaders. I like the underlying assumption of a good-natured, transparence-driven popular sovereignty of digital natives that trust agents must respect to remain trust agents - and not turn into a body of traders controlling the social media business. I was interested by the fact that it is written by two authors who end up complementing each other as they express the complexity of a social media scene, the strange confluence of behaviors that we have caught from living on the Internet for the last 15 years, playing computer and video games (from the first SimCity to MMO games), reading American comic-books while still breathing in the real world.

Dr. Yuval Lirov
5.0 out of 5 stars A behavioral component of a four book series
Reviewed in the United States on July 22, 2010
Verified Purchase
Personally, the Presidential elections of 2008 got me interested in social media, as I saw how a skillful use of social media technology generated a network effect to successfully change the outcome of the elections.

Both the social media technology and the people habits using it continue to evolve daily. The amount of literature about social networking keeps growing in step with the changes in this domain. Unfortunately, none of the books can cover all of this topic alone. That's why these four books make a small course in this most important field starting from

1. Motivation (Gary Vaynerchuk,  Crush It!: Why NOW Is the Time to Cash In on Your Passion ),
2. Etiquette (Chris Brogan and Julien Smith,  Trust Agents: Using the Web to Build Influence, Improve Reputation, and Earn Trust ),
3. Practice (Tris Hussey,  Create Your Own Blog: 6 Easy Projects to Start Blogging Like a Pro ), and
4. Encyclopedia (Darren Barefoot and Julie Szabo, Friends with Benefits  Friends with Benefits: A Social Media Marketing Handbook ).

The degree of your own interest in the subject would suggest how many of these books would you read. If you are only interested in a general purpose introduction and an interesting application to wine sales, Gary Vaynerchuk's Why Now is The Time to Crush would serve the purpose.

If you want to know how to behave and what kind of response to expect when participating in the blogosphere, read Chris Brogan's and Julien Smith's Trust Agents. They explain the participant roles, the responsibilities, the approaches, and give plenty advice about how to succeed in commenting on other and writing your own blogs.

To figure out in precise detail how to build your own blog to promote your own product or service, read Tris Hussey's Create Your Own Blog. For a comprehensive reference book, skip the introductory texts above, buy Barefoot's and Szabo's Friends with Benefits, keep it close, and look it up frequently.

Flippercast
5.0 out of 5 stars GREAT BOOK
Reviewed in the United Kingdom on January 14, 2014
Verified Purchase
Build your reputation and influence with this remarkable book. Many things to help you along with being a TRUST Agent.
Read more
Helpful
Sending feedback...
Thank you for your feedback.
Sorry, we failed to record your vote. Please try again
Report abuse

Genstein
3.0 out of 5 stars If you know Social Media, there's no need to buy this
Reviewed in the United Kingdom on April 9, 2010
Verified Purchase
Chris and Julien wrote this, as they told me personally, to introduce people into the trust economy. If you're already doing a lot of Social Media, and reading blogs everyday, you know this stuff. Don't buy it.

But if you don't read blogs, and aren't in the Social Media world, then this book will provide a create introduction to one of the foundation concepts of the emerging social world, namely the idea of trust. With examples, a few models, plenty of calls to action, and even ways to engage with the book and the community, it's a great way to get started.
Read more
3 people found this helpful
Helpful
Sending feedback...
Thank you for your feedback.
Sorry, we failed to record your vote. Please try again
Report abuse

See all reviews from the United States
Pages with related products. See and discover other items: elements cards, facebook business