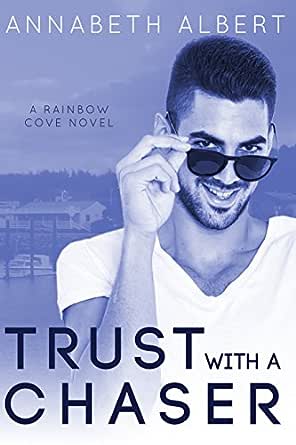 You've subscribed to Rainbow Cove! We will preorder your items within 24 hours of when they become available. When new books are released, we'll charge your default payment method for the lowest price available during the pre-order period.
Update your device or payment method, cancel individual pre-orders or your subscription at
Your Memberships & Subscriptions
There was an error. We were unable to process your subscription due to an error. Please refresh and try again. 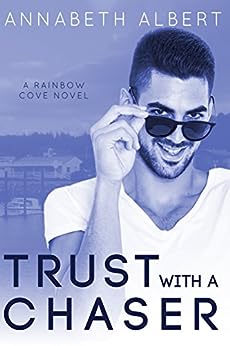 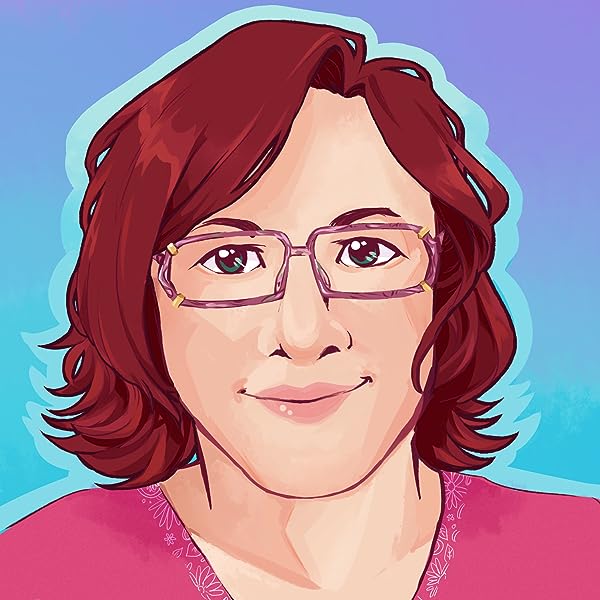 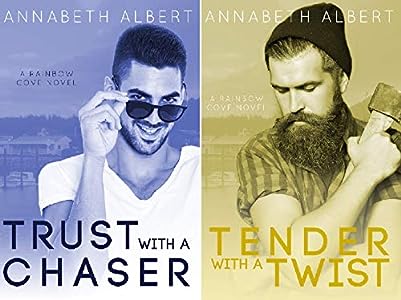 4.6 out of 5 stars
4.6 out of 5
169 global ratings
How are ratings calculated?
To calculate the overall star rating and percentage breakdown by star, we don’t use a simple average. Instead, our system considers things like how recent a review is and if the reviewer bought the item on Amazon. It also analyzes reviews to verify trustworthiness.
Top reviews

Michael E Lorigan
5.0 out of 5 stars What a great book!
Reviewed in the United States on August 4, 2017
Verified Purchase
I love me some Annabeth Albert!
I discovered her shortly after beginning my journey into the M/M genre, and have read virtually
everything she’s written. I still count her ͞#gaymers͟ series as one of my favorites. Her characters are
just so…human, that you fall in love with them as they fall in love with each other.
When this one came up as available for review, I jumped at it. There may have been some arm wrestling
involved (Sorry, Erin), but I would gladly do it all over again.
Mason Hanks is newly returned to Rainbow Cove, Oregon with a plan to make the little town a LGBTQ
tourist destination. Going into business with two of his friends, he renovates the local tavern.
Unfortunately, Mason can’t escape the history of his family name, nor is sense of obligation to a sick
father, dead-beat brother, and innocent niece.
The town is so small that there’s one sheriff, Nash ͞Sheriff Sexy͟ Flint, and a handful of officers. Nash
Flint is so grouchy and grumpy, and a giant teddy bear. He’s caught between his sense of duty to his
position as well as his obligation to his deceased father.
The sparks don’t fly immediately, but as time passes, an attraction builds. This is where Annabeth
shines. Her writing is very character driven, not event driven. She builds a complex relationship that
allows you to fall in love with the characters just as they build a relationship together. Every relationship
is tested from time to time, and this one is no different. It’s how the characters react to those tests,
either by working together or tearing themselves apart, or sometimes both, that draws you to them
If you’ve read Annabeth’s work before, this is her at her best. If you’ve never read her, this is the
perfect book to start with

Alex
5.0 out of 5 stars Another great one by Annabeth Albert!
Reviewed in the United States on August 4, 2017
Verified Purchase
SERIES: Rainbow Cove #1
ROMANCE: Age Gap. Fling to a Thing. In the Closet.

QUICK REVIEW
I always enjoy how character driven Annabeth Albert's books are and this was no exception. I really liked both Mason and Nash as well as some of the side characters that I hope will get their own books soon. I do wish that there was a little less drama in regards to Mason's family and how it affected his ability to be with Nash, but it wasn't too bad.

CHARACTERS
Mason Hanks: Moving back home to open a LGBTQ+ friendly restaurant seemed like a great idea to Mason. But once he's confronted with the sexy chief of police in his restaurant every day, he's struggling to maintain his cool. The Hanks and the Flints have long been enemies and Mason knows anything with Nash would be very complicated.

Nash Flint: Following in this father's footsteps has been Nash's life for many years and now that he's 40 he's really starting to feel his age. Maintaining a reputation in their small town is everything even when it means sacrificing his own happiness.

WHAT I LIKED
-- I really like Mason's character and how devoted he is to everything he puts his mind to. He's strongly invested in improving his hometown, he's a good business partner, son, and brother -- even when he's not getting much thanks or credit.

-- Nash's struggle with being an out gay man was done really well and I enjoyed watching him learn to finally care about himself over what others might think. He might have made some mistakes along the way, but he eventually learns and gets things figured out.

WHAT I DIDN’T LIKE
-- Mason's family drama was a bit much but not too over the top. Mostly I was just bothered by how the long standing feud caused problems on top of the already tenuous relationship that Mason has with his brothers and father.
Read more
2 people found this helpful
Helpful
Comment Report abuse

Bo
5.0 out of 5 stars Tough Love in Another Way
Reviewed in the United States on August 16, 2017
Verified Purchase
Mason (on the cover) and Nash (for goodness sakes, why is he NOT on the cover???) are both very tough guys when it comes to sharing themselves and their hearts.

When openly gay Mason returns to his home town to open a café it opens up wounds that are so deep within his family that his judgment is compromised at virtually every turn when one of them totally screws up.

When deeply closeted Nash realizes that Mason is a completely different man than the one who left as a teenager--especially physically--he is confronted by a host of doubts and fears and frustrations that are exacerbated by the fact that he becomes a regular at Mason's café.

This book is an oxymoron. The cover is wrong--the physical descriptions of Mason and Nash don't match Mason on the cover, and the lack of Nash's presence harms the narrative because he is the heart of the book.

Every step along the way they each make the wrong decision about where their budding physical relationship is heading--and then they change their minds but can't stick to it.

The plot is all over the place and except for the conflicts between Mason and his family and late in the book between Nash and his own family, this is a love story where both men have knots in their stomachs while all the while trying to open their hearts.

Ironically, it works. It's really a 4 1/2 star book, but I decided to round it up and am looking forward to the rest of the series.
Read more
2 people found this helpful
Helpful
Comment Report abuse
See all reviews

anna
5.0 out of 5 stars Loved it.
Reviewed in the United Kingdom on January 17, 2019
Verified Purchase
Look forward to reading it
Read more
Report abuse

TM
4.0 out of 5 stars Exciting start to a new series
Reviewed in Germany on August 13, 2017
Verified Purchase
Trust with a Chaser is the first book in the new Rainbow Cove series by Annabeth Albert. Mason returns to Rainbow Cove to open a restaurant with two friends after graduating from culinary school in Portland. His family is notorious being low level criminals in the small town and when the Sheriff comes into the tavern he expects trouble. Nash and Mason are immediately attracted to each other but face many obstacles that they must overcome.
The story is labeled as a May/ December romance but I didn’t feel the age difference was big enough for that to be a topic. There is a lot going on in both Mason and Nash’s life and the heat between them is off the charts. Certainly makes for a very good read and I am looking forward to the next installment of the Rainbow Cove series.
Read more
One person found this helpful
Report abuse
Translate review to English

cc
4.0 out of 5 stars Predictable but enjoyable...
Reviewed in Canada on August 5, 2017
Verified Purchase
Just because we know from the onset how the story will unfold and how it will end doesn't mean that we should give the book a pass. Rainbow Cove's Chief of Police and new tavern owner, Nash and Mason respectively, are quickly drawn to each other, complicating their lives and the lives of some fellow residents of Rainbow Cove. Since this author loves happily ever afters, we're happy enough to go along for the ride as she resolves issues for Nash and Mason, finally giving them the chance they deserve to find love.
Read more
Report abuse

SMorris
4.0 out of 5 stars Trust With A Chaser
Reviewed in Australia on August 9, 2017
Verified Purchase
This book was two very different characters. One a gruff police chief and one a gentle guy who always seem to have the worries of his family forever on his shoulders. First there came a friendship, followed by a very complex, steamy affair. I'm looking forward to the next book in this series.
Read more
Report abuse
See all reviews