Trust for Today and millions of other books are available for Amazon Kindle. Learn more
Share <Embed> 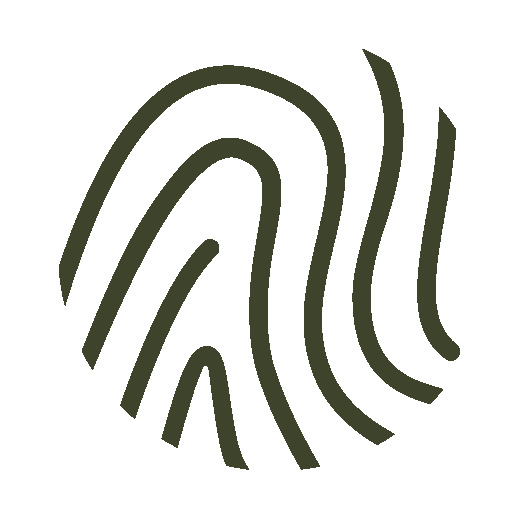 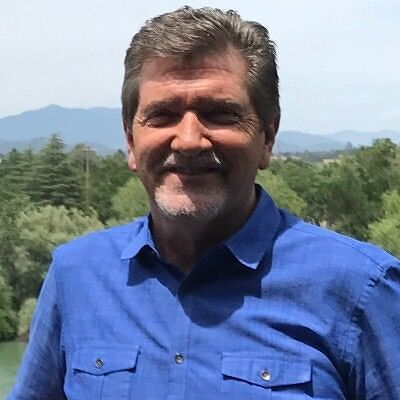 For over 20 years the team at Trueface has been writing, speaking, consulting and dreaming about how to help leaders trust God and others with them. We are still doing that while we passionately grow the diversity of voices who are bringing this freedom to the world.

With strong contributions from nearly a dozen men and women across three generations, this effort brings daily encouragement and application from the growing unity in diversity that grace can foster. To see more about the team on this book go to www.trueface.org

Trueface is a non-profit that works very hard to sustain through excellent services and products. We aim for a strong 50/50 model that pairs with your investments in this work. We would deeply appreciate your support and will continue our transparent practices held to that excellence by our ECFA membership for non-profit financial governance.

God has used the teaching wisdom, global vision, and business skills of co-founder and President, Dr. Bruce McNicol, to help Trueface offer break-through experiences of grace for many thousands around the world. Leaders in all spheres of influence have found God's lasting resolution for their life issues and key relationships as they have journeyed with Bruce.

With degrees in finance law, theology, leadership and organizational development, Bruce’s gifting to write to diverse readers and leaders has proved true in the best-sellers he has co-authored: The Cure, The Ascent of a Leader, Bo’s Café, Behind The Mask, The Kingdom Life, and High Trust Cultures. Audiences in various countries continue discovering hope and freedom from Bruce's story-driven, biblically-anchored teaching.

Having lived in Portland, Los Angeles, San Francisco Bay Area, Chicago, and Phoenix, Bruce has gained a variety of interests through the years, including international cultural trends and needs, music, hiking, reading, comedy, and sports. His constant interest is his wife Janet, who is a home-maker, nurse, and mentor. Bruce and Janet have received extensive tutoring from their three wonderful children and spouses, Nicole, married to Kory, with grandchildren Willo and Elliott; Chad married to Erica; and Ryan.

John Lynch taught himself Danish and German, and later obtained the degree of BA in these languages at the University of Newcastle. He has taught English in Danish and German schools and has also worked in Sweden and Iceland. After studying at the University of East Anglia, he was awarded the degree of MA in Scandinavian Studies. He holds a Postgraduate Diploma in Librarianship and his varied career included a spell as a college tutor librarian in Banbury. In addition to the present work, John has also translated works from Danish, including The Fantasists, a novel by Hans Egede Schack, published by Austin Macauley in 2013.

As co-founder of Trueface in 1995, Bill Thrall’s wisdom has been penned throughout The Cure, The Ascent of a Leader, Bo’s Café, Behind The Mask, and High Trust Cultures.

Bill’s gifts and experience also shine as he helps leaders establish trust in all their key relationships and nurtures grace-based environments. CEO’s of international companies to heads of mission organizations and universities have repeatedly discovered a life-long gratitude for spending time with Bill.

Prior to joining Trueface, Bill founded and pastored the influential faith-community, Open Door Fellowship, for over 20 years. While there he developed an effective character development training program, which nurtured visionaries such as Kit Danley, founder of Neighborhood Ministries.

In his spare time, Bill can be found fishing, golfing, crafting furniture for his family in his woodshop, and cultivating fruits, herbs, and vegetables in his fertile backyard garden. Bill and his wife, Grace have three grown children, Wende married to Jim, Bill married to Charlotte, and Joy married to Joe, and nine grandchildren.

Start reading Trust for Today on your Kindle in under a minute.

4.8 out of 5 stars
4.8 out of 5
92 global ratings
How are ratings calculated?
To calculate the overall star rating and percentage breakdown by star, we don’t use a simple average. Instead, our system considers things like how recent a review is and if the reviewer bought the item on Amazon. It also analyzes reviews to verify trustworthiness.

VRB
2.0 out of 5 stars Digital Disappointment
Reviewed in the United States on June 27, 2019
Verified Purchase
A friend of mine had the paperback version of this book. She would send the daily devotionals to me from time to time, and i really enjoyed them. I decided to purchase the Kindle version so that she and I could read and share with one another our take on what we had read. Unfortunately, the digital version does not have the dates on the pages, which makes it difficult to figure out which page is for what day. I am disappointed and feel as though my money was wasted on the digital version. Purchase the paperback! :)
Read more
One person found this helpful
Helpful
Report abuse

Judy U
5.0 out of 5 stars Take Deep Breaths of Grace ... Every Day!
Reviewed in the United States on December 7, 2018
Verified Purchase
Every seeker of God looks longingly at life and asks, "Do I really matter? Does anyone care?" My friends at Trueface answer that question with refreshing honesty and vulnerability. This book is a daily reminder that all who trust Jesus are cherished by the Father. Reading this devotion is like crawling up onto the lap of the Father and asking, "Tell me again how much you love me?" If you've been told that God is looking for the type of person you will never become, not even on your best day, this is the book for you. From my husband, Ed Underwood, author of When God Breaks Your Heart.
Read more
2 people found this helpful
Helpful
Report abuse

Steen Hudson
5.0 out of 5 stars Rest for weary souls!
Reviewed in the United States on December 16, 2018
Verified Purchase
Restoring, reminding and right-on daily reading! Everyone I know is impacted by trust--lack of it, afraid of it, hurt because they missed it, inspired by it when it happens. And it rolls over into our view of God and our relationship to Him. In a culture lacking trust this is a wonderful resource. I have already given many copies to family and friends.
Read more
One person found this helpful
Helpful
Report abuse

Marc
5.0 out of 5 stars Not Your Typical Devotional
Reviewed in the United States on October 31, 2020
Verified Purchase
This is not your typical devotional, starting from a Bible verse, explaining it, and then finding a life application. Instead, it starts from life, explains that, and then backs it up with a Bible verse. Just look through the devotional titles! The reading is easy and usually humorous, but the message is powerful. And as with other work from Trueface, it’s focused on getting Christians to correct our often misguided thinking about God and ourselves. And that’s key to everything else.
Read more
Helpful
Report abuse

J.S.
5.0 out of 5 stars Great, daily thoughts highlighting God's Grace in a very practical and meaningful way.
Reviewed in the United States on February 17, 2019
Verified Purchase
Excited to have this book and have another daily reminder of God's amazing love, grace, and provision in my life. This book is full of short one-pagers that are both quick-reads and immensely game-changing truths about how God sees us.
Read more
One person found this helpful
Helpful
Report abuse

Philip Sustar
5.0 out of 5 stars Such a great devotional!!
Reviewed in the United States on April 2, 2019
Verified Purchase
Have really enjoyed this devotional. I have been trying to do devotionals for years and always seem to stop a few weeks/months into it. This book, I plan to read every day! I have bought 5 others for family/friends.
Read more
Helpful
Report abuse

Nancy Reed
5.0 out of 5 stars Like a Cool Glass of Water on a Hot Summer Day
Reviewed in the United States on June 15, 2020
Verified Purchase
This book is refreshing and filled with beautiful reminders of Gods grace. It is a book I will surely read again and again.
Read more
Helpful
Report abuse
See all reviews

Robert deWilde
5.0 out of 5 stars 10 stars
Reviewed in Canada on January 31, 2020
Verified Purchase
Amazing devotional, like nothing I have used daily before, 10 stars
Read more
Report abuse
See all reviews