You've subscribed to Until You! We will preorder your items within 24 hours of when they become available. When new books are released, we'll charge your default payment method for the lowest price available during the pre-order period.
Update your device or payment method, cancel individual pre-orders or your subscription at
Your Memberships & Subscriptions
There was an error. We were unable to process your subscription due to an error. Please refresh and try again. 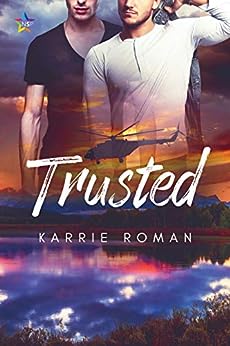 Trusted (Until You Book 3) Kindle Edition

by Karrie Roman (Author) Format: Kindle Edition
Book 3 of 3: Until You
See all formats and editions
Sorry, there was a problem loading this page. Try again.
Read more Read less
Previous page
Next page 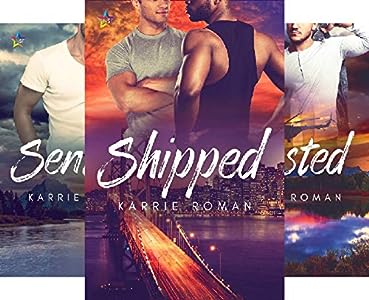 Trusted, the third book in the Only You series, tells the story of Zach, a 22 year old man who managed to escape an abusive religious cult, and Cameron, the man who offers him his home and slowly his heart. [Yes, that sounds cheesy, but it fits the overall tone of the book. If you are into the cheesiness along with some more spicier scenes, then this book would be right up your alley.]

Overall, the book was fast paced and enjoyable. I liked the variety of characters that were introduced, even if they weren't three dimensional and just appeared to move the plot along. And the more mysterious aspects to the plot were also predictable, so I wasn't shocked or worried with the way things developed. If you are a reader that enjoys plot twists, then this may not be the book for you.

Zach's naivete and sass juxtaposed with Cameron's "worldliness" and reserved demeanor were a lovely combination and I loved seeing the two of them fighting against being together while getting closer all the same. They were just so cute together.

However, even with the simplicity of the plot, there were a lot of plot points that definitely needed some warnings. There are a number of triggers and more sensitive topics and I would recommend going on goodreads to check what they are. One thing about amazon reviews is that they tend to block my reviews that include what the more sensitive topics...

And while most were a brief plot point, skimmed over even, they felt like Roman had added all of these to make the story more dramatic, because what are the odds, that everything that happens to Zach would happen within the few months that he was rescued from the cult?

Danielle Taylor
3.0 out of 5 stars Struggled a little with the romance but still enjoyable
Reviewed in the United States on January 28, 2019
Trusted is the 3rd book in the Until You Series and I would recommend reading Book 2 before this one as this book continues right where book 2 ended with Zach adjusting to the world outside the confines of the cult he was raised in and rescued from.

I enjoyed this book but I struggled a bit with connecting to Cameron and Zach as a couple and Cameron as a character overall. I really enjoyed Zach learning to live in the "outside" world and his firsts from eating different foods, to going to a movie or seeing the ocean along with his sexual firsts were really the best part of this story. I think one of the things I struggled with was Zach had a horrible childhood and yet it seems Cameron struggles with his past abusive relationship and appears to be the more hurt character. This worked in some ways - as Zach ended up being the one who pursued Cameron and Cameron was the unsure about the relationship. It helped so that it didn't appear that Cameron was taking advantage of Zach's being naive.

The villain of this book is obvious as is what is going to happen and I didn't really need Cameron's past coming back to put Zach in danger (and in fact that was my least favorite part of this book).

Overall, I just struggled to connect with this book and enjoyed the second book more. However, I am looking forward to book #4 which will feature the FBI agent we met in book 2.

A copy of this book was provided to me by the publisher with no requirements for a review. I voluntarily read this book and my comments here are my honest opinion.
Read more
Helpful
Report abuse

M Marshall
4.0 out of 5 stars I'm so happy with this one, it's terrific! Now to wait for the next one!
Reviewed in the United States on November 8, 2018
A Scattered Thoughts and Rogue Words Review (A Chaos Moondrawn Review)
Rating: 3.5 stars out of 5

This starts three days after the events of the previous book and focuses on Zach, the cult leader's son, who was rescued during an FBI raid on the compound. He may have had a crush on Ben for helping rescue him, but it's Ben's brother Cameron who is helping him now by giving him a place to stay. Since he's grown up in a cult, he really doesn't know how to deal with the modern world and needs help navigating his new reality. Also, the legal issues are just beginning as the FBI questions all the cult members in order to get evidence on the men they arrested, including "Father" Piper. Many of the cultists are brainwashed and hate Zach for trying to help save them from being killed.

The fun parts of this book are really all of Zach's firsts: candy, popcorn, movie theater, plane, ocean--yes, other firsts too. This will appeal to readers who like the hurt/comfort trope. Often, it's Cameron who seems most hurt by some past event. Having Cameron be the one who is scared, unsure, and flustered by Zach's advances makes it work for me in a way it wouldn't if Cameron were the aggressor. It would be difficult to get past the idea that Zach was being taken advantage of. It also helps there's only an 8 year age difference. I like that Cameron trusts his brother Ben enough to talk about his past: that this book can portray a strong, successful rescue pilot without the toxic masculinity. I liked them both as characters, but I felt Cameron was not as well written as Zach. I wanted them to have their happy ending because that's what you expect in a romance, but I wasn't really emotionally invested in it. Both Cameron and Zach fight their own demons, which is as it should be--no one can fix everything for you.

Cameron tries pushing Zach away, but when Cameron's past has come back to haunt him and Zach is in danger all bets are off. In comparison with book two, the action sequences are contained here. The story really splits nicely into three parts: Zach adjusting to the world while Cameron fights his attraction to Zach, Zach's rescue, and then the conclusion of Zach dealing with his mother and father. This works well and flows nicely. This book also does a better job of recapping in a way that you could read it as a standalone, but it is really a continuation of book two. In fact, at this point book one is the anomaly except that Lucas and Ryan are funding the adventures.

Lucas, Ryan, Ben, and Ethan have started an investigation firm to help find missing children. Zach wants to work with them to help, so I expect Cameron will too. The next book seems like it's going to feature Alec finally, the now former FBI agent we met in book two. This series seems like it will go back into the action adventure mode previously established, but it was nice to get a bit of a breather here--there was action, but it was a smaller part of the overall story about two men who want to move on with their lives and leave their bad past behind.

The cover art is by Natasha Snow. The models' pose with the jacket is a little strange but I like the rest of the cover. The bottom has echos of Zach's nightmares. With Cameron being a helicopter pilot and Zach wanting to learn, it has the look of them flying off into the sunset together.
Read more
Helpful
Report abuse
See all reviews
Back to top
Get to Know Us
Make Money with Us
Amazon Payment Products
Let Us Help You
EnglishChoose a language for shopping. United StatesChoose a country/region for shopping.
© 1996-2021, Amazon.com, Inc. or its affiliates