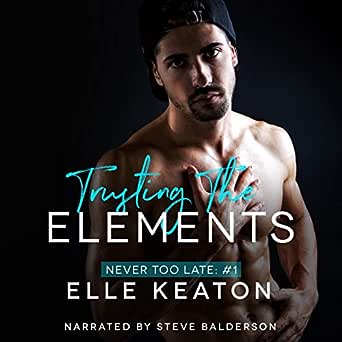 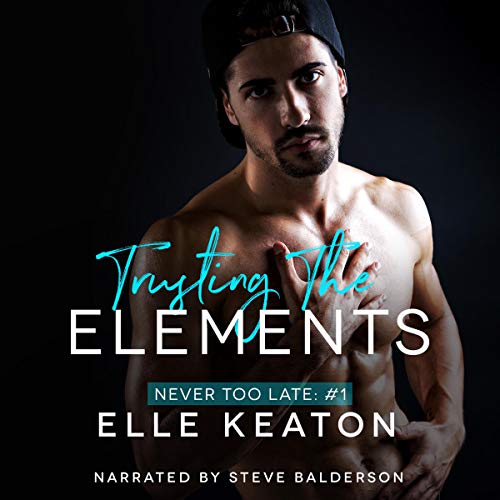 4.1 out of 5 stars
4.1 out of 5
25 global ratings
How are ratings calculated?
To calculate the overall star rating and percentage breakdown by star, we don’t use a simple average. Instead, our system considers things like how recent a review is and if the reviewer bought the item on Amazon. It also analyzes reviews to verify trustworthiness.

Katherine Lowe
5.0 out of 5 stars Otto finally gets his HEA!!!
Reviewed in the United States on August 31, 2019
Verified Purchase
I was so depressed there wasn't going to be any more Accidental Roots series. I had wanted Otto to have his own love story. And the other day when I found out Elle Keaton had a spinoff starring Otto I bought it even though I have KU. I just had to have it as part of my collection. I was so excited I couldn't put it down. And I was not disappointed.

Definitely looking forward to the next in the series.

I hope the next one is about Luca. From Sacha and Seth's story. I was excited with the fact he might have his own story when he and Miguel at hooked up. But he didn't and I'm not complaining I quite enjoyed Miguel's story. But now I think he needs a HEA of his own.

Thrill, lust & love! What an adventure!

Sometimes what you need and aren't looking for finds you anyway and it's even better than you imagined! This is how I felt about Otto & Greg's story. They find each other at the perfect time and while there's a lot of steam, a good amount of angst and a far bit left unsaid they have a connection that draws you in and keeps you wrapped up in their lives for the whole ride!

With an ex determined to cause trouble Otto and Greg must fight for what they want and admit their feelings for each other. I loved the small-town elements and deep issues addressed in this book. My heart broke along with the characters but also healed and fell in love too. A truly enjoyable read/listen by Elle!

Now I did have a few notes on narration. This narrator is new to me and he did a really good job with the character voices, including Otto's adorable sass and excelled at the personalities of the side characters such as Blaine but I felt the overall narration was a bit dry and uninspired, an unenthusiastic read along. It wasn't bad, just noticeable when compared to the inflections of the character voices. I think this might be a case of the story carrying the narration since this is such a great story. I understand narrators are all different, would I listen to him again? Yes I would, it was just a weird contrast to listen too.

M Marshall
4.0 out of 5 stars Fun and Lively, A Great Start to a New Series
Reviewed in the United States on July 29, 2019
A Scattered Thoughts and Rogue Words Review (A MelanieM Review)
Rating: 4 stars out of 5

There’s nothing like a near death car accident to open your eyes. Otto Proulx decides surviving was a sign; he’s being given a second chance to claim the life he wants to live. For the past few years he’s been hiding in the shadows, vague texts from a troubled ex-partner keep him at home along with his general lack of luck in the romance department. This is his last chance, he’s certain, this time he’ll meet the man for him, the one he’s sure is out there somewhere.

Greg Trainor runs a specialty kite shop and helps his friends out when they ask. That’s the kind of guy he is, if somebody needs something, they call on Greg. He’s a big guy and no genius, but he’s dependable. So…yeah, when he sees a car precariously perched on the side of the road, he stops to help out; it’s what he does.

One night of passion leads to…several more and suddenly both men are searching around to define what they have together. Neither wants to scare the other off and neither wants to ask for more. Will the two men be able to set aside their fears and create a family together, trusting the elements are in their favor?

Trusting the Elements  by Elle Keaton is the first in her new Never Too Late series and its a total charmer.    As the first novel in her series, Keaton spends time building her new universe, introducing us to the seaside town of Westfort, a place of broken industrial dreams that's trying to rebrand itself and stay alive. Many of the characters you meet are trying to help Westfort in it's rebranding efforts, starting with the kind and endearing Greg Trainor.  Greg fled to Westfort, a mess of family induced emotional pain, physical wounds, and in need of a new path in life.  He found it in a Kite Shop and locals who soon became his friends and family.

As Keaton builds a picture of a waning fishing/lumber town slowly turning into a tourist destination, from a local Great Blue Heron full of quirks to a bar with a saloon owner we need to get to know better, the reader feels Westfort come alive.  Another character as piquant and needy as all its residents.  Truly I would have boarded the ferry myself if I could have and headed over.

After Westfort, Keaton fills her story with characters we love to connect with.  From the gentle dyslexic Greg, still haunted by his family's rejection, to the utterly charming Otto, who's pull with people is almost magnetic yet fights his own personal battle with an ex, the author has created people for her story that we enjoy spending time with  and root for in their romance.   Otto and Grey have a chemistry that makes the short timetable of their relationship work!  It's adult, sexy, and clearly these two are meant to be together.  Second chances indeed.   Plus we get kittens! And Amy.

There are two side threads for each man.  For Greg, it's the resolution of the issues he has with his family, sister and her husband.  I enjoyed this aspect of the story and thought it worked well, especially Otto's "take charge gently" attitude.  It felt right and fit in with the whole atmosphere of the story.

Less successful imo was Otto's stalker ex and how that all played out.  That was far too serious theme (as the author notes) and I don't think it meshed with the overall tone of the rest of the story, especially the resolution.  Because in my fact finding, people with those traits don't simply "let it alone:".  Then again this is a series.   But that is the only storyline that struck me as somewhat less well developed.  From the character of the ex to the denouement.

What I adored, apart from the kites too?  All the characters waiting for their partners.  Jake, Dante, and others.  I can't wait to see who gets the next story.  I will be waiting for it's release and get reacquainted with everyone I met here.

Love second chance at happiness stories?  Pick up Trusting the Elements (Never Too Late #1) by Elle Keaton.  I think you'll enjoy it as much as I did.

Cover art: Cate Ashwood.  Its ok but where are the kites?  He's cute and all but I'd like to have something more relevant to the story on the cove
Read more
Helpful
Comment Report abuse

E.Muddle
4.0 out of 5 stars Sweet and a little suspenseful
Reviewed in the United States on July 26, 2019
With a lot of sweetness, sexy times, and a little angst and drama, this story kept my interest till the end. From the start where Otto has a car accident and he meets Greg, who is all kinds of caring and helpful, I was invested in their relationship. There is an instant connection between the MCs and they fit together perfectly, as they soon discover... Although they both feel the intense connection, it takes a bit of time for them to finally admit out-loud that what they have is more than a simple weekend hook-up. Despite this, it's still a pretty low-angst read and somewhat feels along the line of insta-love. I'm definitely a fan of this kind of relationship if written well and here it definitely was. The hesitation to define the relationship and the hurt they'd both been through in their respective pasts felt real and believable.

The majority of the drama comes from the escalating texts and messages Otto is receiving from his creepy, stalkerish ex. I didn't feel like this pulled the story away from Otto and Greg's relationship at all; rather, it provided a good platform to bring them together. Greg is an absolute sweetheart who owns a kite shop (I mean, really, that sounds awesome)! His concern for Otto was endearing and when you add the kittens Otto discovers in the mix, I was swooning real hard.

I highly recommend this book as it's a sweet, relatively low-angst and beautiful story. Otto and Greg are gorgeous characters who help lift each other up, and together they find their way to a heartwarming HEA.

[I kindly received an ARC from the author, and in exchange, am happily leaving my honest review and recommendation.]
Read more
Helpful
Comment Report abuse
See all reviews