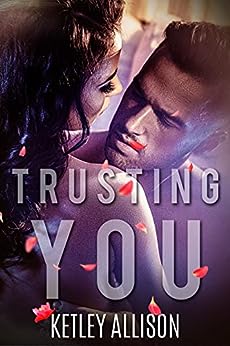 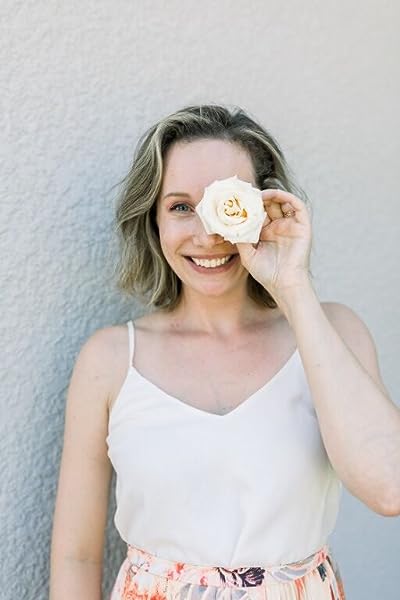 4.3 out of 5 stars
4.3 out of 5
403 global ratings
How are ratings calculated?
To calculate the overall star rating and percentage breakdown by star, we don’t use a simple average. Instead, our system considers things like how recent a review is and if the reviewer bought the item on Amazon. It also analyzes reviews to verify trustworthiness.
Top reviews

Xander WH Grant
1.0 out of 5 stars Don’t Waste Your Time
Reviewed in the United States on July 23, 2019
Verified Purchase
Great plot, well written, some really interesting characters here, good word selection, and very enjoyable up until about the 75% mark.

The problem is the leading lady, Carter. She’s simply an awful person.

Carter gives her best friend, Paige, a pass on (1) sleeping with every guy in the tri-county area, including sleeping with the guy that Carter has a crush on, namely Locke the leading man, behind Carter’s back, (2) kept this from Carter until Paige is minutes from passing away, (3) conceals her pregnancy from the baby’s father, also Locke, so that he misses the first year of his daughter’s life, (4) dies leaving Carter to deal with the mess, and (5) awards sole custody of her baby, Lily, to the mystery father Locke, after Carter has taken care of both dying Paige and baby Lily for the preceding year prior to Paige’s death . . . without so much as a thought as to how this would affect Carter.

That poor passed-away Paige is some friend . . . and she’s adored and lionized through the whole story . . . oddly.

After all that, Carter, without any self-reflection whatsoever, turns around and blames Locke, the guy who knew nothing about any of this, from the moment she sees him. She repeatedly calls him out for being a useless womanizer throughout the whole book, when she doesn’t know him at all, and he’s accomplished and endured more that either Paige or she ever has.

Locke, for his part, is recovering from a professional football career-ending knee injury and dealing with the remnants of his prescribed pain-killer opioid addiction, which he has recently conquered.

Does any of that mean anything to Carter? Oh heavens no. Every time Locke is struggling with pain, even to the point of ending-up back in the hospital from an accidental fall, Carter chooses his weakest moments to spin into an illogical rage . . . even in the hospital ?!?!?!?

Judgmental, histrionic, mean-spirited, and just plain evil, this is the kind of hypocritical, shrill, feminazi any normal man would summarily divorce, or leave at the bus station, whichever could be accomplished more quickly.

The story eventually has a happy ending. But by the time you get there, you’re disappointed that Locke doesn’t kick her to the curb. I was personally rooting for Locke to put her on a plane and ship her back to Florida.

I can’t imagine why this book took a hard turn into never, never land about 75% the way through it. But it got so crazy, I almost chucked it, and I never do that.

I WILL give the next book in this series a read, simply because it pursues two characters that I found interesting in this story. But, I’m telling you (chuckling), if Astor, the next book’s leading lady, turns out to be as useless as this one, you won’t want to miss my next review . . . ;-)
Read more
75 people found this helpful
Helpful
Report abuse

Sun, Sand, Books
VINE VOICE
3.0 out of 5 stars Locke is likable. Takes a while for Carter to grow up.
Reviewed in the United States on January 31, 2020
Verified Purchase
Honestly, I felt for Locke the entire time. Carter - not so much.
Fairly well edited.

So, Locke and Paige hook up at a party at the end of college. Locke goes off to the NFL, only to suffer a career ending injury in his first game. Can you say devastated? Just as he's trying to put his life back together and find a direction, Carter shows up on his doorstep. While he was living and trying to survive - Paige found herself pregnant. Her bestie Carter stood beside her through the whole pregnancy. Just after sweet little Lily is born, Paige is diagnosed with cancer and is terminal. Again, Carter stands beside her. On her deathbed, Paige finally tells Carter that the father of her baby is Locke, and makes Carter promise to take baby Lily to her father. It should not be missed that Carter had her own crush on Locke in college - something I am sure 'bestie' Paige had to have known.

Carter works to keep her promise to Paige. She goes to Locke, but is none too happy with the fact that he is going to get custody of 'her' child. She has an understandable attachment to Lily, but it is not within her right to keep Lily from her father. A father, I might add, who'd had no idea he had a child. Along the way, Locke rightfully wonders if he'd ever have known about his child if Paige hadn't died. Carter is not processing her grief well at all (I'm being really kind here) and demonizes Locke at every turn. I kept thinking Carter is not dealing with the betrayal of her 'friend', the loss of her 'friend', or the fact that Lily IS NOT her child. I think we are supposed to feel sorry for Paige, but she seemed very selfish in her treatment of Carter and of Locke. Carter was so very lucky that Locke had compassion on her and let her stay when it was perfectly within his right to send her right back to Florida.

In the end, Carter finally gets herself together. Locke might need to be nominated for sainthood just for enduring her brand of crazy. Fortunately, Lily was so young she had no idea of the drama around her. Hoping the rest of the crew find love while dealing with outside issues instead of the mental and emotional swamp that Locke endured. Enjoy.
Read more
8 people found this helpful
Helpful
Report abuse
See all reviews

DKThain
4.0 out of 5 stars Emotional read
Reviewed in Canada on February 4, 2020
Verified Purchase
This is new to me author and this is the first book in a series that I got through Kindle Unlimited. It turned out to be a bit deeper than I expected – not that that’s a bad thing at all.

Carter is our heroine and she’s in a lot of pain. She was best friends with Paige and when Paige got pregnant, it was just Paige, Lily her daughter and Carter against the world. But then Paige was diagnosed with cancer and died not long after that. So Carter has lost her best friend and then finds out that even though she’s been a second mother to Lily, she has no rights to raise her and she has to go to her father, a serious player who didn’t even know he had a daughter and isn’t sure he wants to be a father

Locke, the baby daddy had it all at one time. He was the big man on campus, a star football player, gorgeous and a man whore. He was drafted by the pros and in his first game was tackled and blew out his knee to the point that football was no longer an option and he nose dived. He had no back up plans, got hooked on drugs, started drinking and still slept around. So Carter was truly upset when she found out this was the guy who was going to be getting her precious Lily. As she and Paige went to the same college as Locke and at one time she had a crush on him, she is fit to be tied when she visits to tell him he has a daughter.

After thinking it through, Locke decides he’s all in on being a dad and knows he needs to make a lot of changes in his life. In fact getting Lily is the catalyst to making major changes. I didn’t like him at first but then I don’t imagine the reader is supposed to like him. But we see the growth in him, the delight he is experiencing in his daughter and the compassion he shows knowing how heartbroken Carter is and asks her to stay for a while. By the end of the book he’s become who he’s meant to be, a good caring man with a future.
Carter is a bit more problematic. I read some reviewers say they didn’t like her and I could certainly see why. But I could see why she is such a, well, bitch. She’s lost everything. She isn’t in contact with her parents so she’s lost her only family with Paige, she’s losing her daughter to a player who she feels doesn’t deserve Lily, she doesn’t really care for her job but does it for the money and though she won’t admit it, she’s been betrayed by her best friend. Page had known that Carter had a crush on Locke but slept with him anyway – breaking the girl code and waited until the very end before she told Carter who the baby daddy was. And they knew she was living on borrowed time so I’m sure something could have been arranged so that Carter could stay the guardian of Lily so it’s really Paige who is the cause of a lot of Carter’s grief but she can’t admit that so blames Locke and is very tough with him.

And, since this is a romance, I imagine you can guess how it goes. I like this book. I like the transformation of Locke, I understand the heartache of Carter and I also like Lockes friends who are all different and who all get their own story. So I returned this book and since the bundle is also on Kindle Unlimited, I took out the lot of them.
Read more
Report abuse

D. Dent
4.0 out of 5 stars Very emotional
Reviewed in Australia on July 22, 2019
Verified Purchase
A very powerful story that was well worth the read despite the frequent coarse language. But once I started I was drawn in, I needed to know what happens. That she not only gets to keep the little girl she loves like a daughter but the man she has come to love too.
Read more
Report abuse

Carol
3.0 out of 5 stars Ok book
Reviewed in Canada on September 4, 2020
Verified Purchase
This book was slow getting started. Got better in the middle of the book. Not a great read. Don't like the ending
Read more
Report abuse

Margaret
4.0 out of 5 stars Surprise baby
Reviewed in Canada on June 23, 2020
Verified Purchase
First of all I like books with babies in them. I find there is usually more of a story in them. This book didn’t disappoint there was something on every page it was interesting right tithe end.
Read more
Report abuse
See all reviews