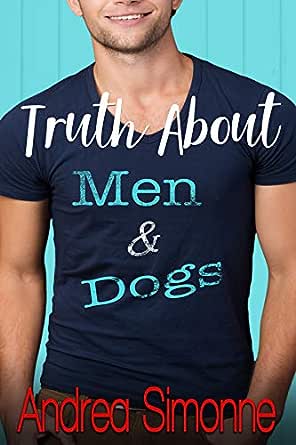 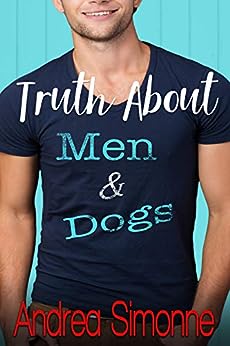 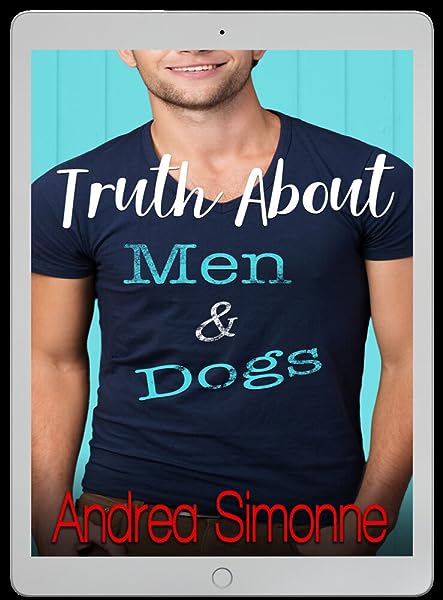 4.4 out of 5 stars
4.4 out of 5
79 global ratings
How are ratings calculated?
To calculate the overall star rating and percentage breakdown by star, we don’t use a simple average. Instead, our system considers things like how recent a review is and if the reviewer bought the item on Amazon. It also analyzes reviews to verify trustworthiness.
Top reviews

Kindle Customer
5.0 out of 5 stars LOVE this book!
Reviewed in the United States on January 1, 2020
Verified Purchase
I have been a fan of Andrea Simonne's. I started reading Truth About Men and Dogs with high expectations and was not disappointed. The characters come to life and I couldn't stop reading. I'm looking forward to more Truth Harbor books!
Read more
Helpful
Comment Report abuse

S Lange
2.0 out of 5 stars Overtly Angsty, Forever To The HEA
Reviewed in the United States on July 25, 2020
I was looking for something fun and light and this seemed given the blurb that it would fit that description nicely. This however turned out to be a giant angst fest. I have to admit to not liking angst in real life and definitely not liking a lot of it in my reading material, this author was layering it on by the trowel full.

We meet Claire as she finds herself entangled in the leashes of 3 dogs she’s walking. Phillip goes to her rescue and untangles her and decides that she’s just to plain for him, until he notices she has a nice rack, then she’s somewhat acceptable. Fast forward a couple of hours and he see’s Claire again only he doesn’t realize it’s her because she slapped on some makeup and does her hair, which makes her all the way acceptable since his lower region now has a reaction to her.

This is when the author starts the layers of angst, we find out that Claire is recovering from a cheating husband, who happened to cheat with her step-sister who he married and they have now moved back to the small town that Claire lives in. Now the town folk get’s to start back up the “Poor Claire” laments since she obviously wasn’t woman enough to keep her man and her sister had to take him off her hands.

Then we get a man Doug, who comes across so pitiful, he is unable to simply ask Claire out he has to beg and plead for her to go out with him. Claire accepts so she can stop him from begging her. Then said man has his cousin who, happens to be Phillip fill in for him…because well you know he has drama with his mom out of state that he has to go take care of.

Claire is running a small maid service business and she’s trying to drum up clients and we have some of the meanest people most entitled people demanding that she pretty much cleans their places for free.

Then we have old family drama, family members that make you feel as low as a slugs belly and new family drama added to the mix. Old family secrets, new family revenge and past hurts that come to the forefront.

Someone trying to buy up the small town and of course Phillip is in the middle of this fiasco and he’s keeping secrets from Claire that you know is going to blow up in his face so we can have chapters and chapters of angst to deal with.

Then we have a “Pretty Woman” shopping scenario that leads to some pointed questions. Lots of things in the story that make no sense and did I mention that Phillip is a billionaire?

The story is called “Truth About Men And Dogs” well the dogs don’t even belong to either Claire nor Phillip and their contribution to the story amounts to about a page maybe a page and a half, so not certain how that fits with the title.

The good in the story, Claire while adjusting to her world going sideways on her has grown a backbone since her divorce and she’s hold her ground a lot more than in the past. She has through necessity started her own small maid service business to support herself. Her relationship to her two girlfriends is very strong and those ladies are gems.

While the author throws in a lot of bad things about Philip, although a bit high handed at times he comes across as a nice guy. He treats Claire nicely and tries to help his cousin as best as he can.

For me this is a story that went nowhere fast and was just to mired in non-stop angst for me to enjoy it.

I received and ARC from Hidden Gems and I am leaving a voluntary review.
Read more
Helpful
Comment Report abuse

Laurie M
4.0 out of 5 stars Funny, sweet, and surprisingly emotional
Reviewed in the United States on September 9, 2020
I really enjoyed "The Truth about Men and Dogs" by Andrea Simonne, a modern twist on one of my favorite classics, "Cinderella." In this retelling, orphaned main character Claire ran her own house cleaning business and lived in the tiny carriage house behind her father's ancestral home, where her stepmother and one of her two stepsisters resided. Fortunately for Claire, her stepmother was much nicer than the one in the classic tale, and only one of her stepsisters was "evil." Claire's modern-day "prince," billionaire Philip, was just as rich and handsome as one would expect, but he came across as kind of a jerk at first, and he was definitely a workaholic. Philip wasn't so bad once Claire got to know him, however, and their slow-burn romance was well-crafted.

Philip and Claire got to know each other through Philip's cousin, Doug, who had a huge crush on Claire and had finally convinced her to go on a date with him after months of begging. Unfortunately for Doug, he had to leave town suddenly to care for his overbearing mother, so he asked Philip to take his place on the date and talk him up to Claire. As Doug's absence lengthened and Philip and Claire spent more time together, Philip started to develop feelings of his own for Claire, who never really wanted to date Doug in the first place. Following her husband's affair with her stepsister Ivy and a messy divorce, Claire was determined to rebuild her life on her own terms, without a man.

The story took a few twists and turns that I didn't expect, but at least a few of them were because there were so many secondary plot threads involving Claire and Philip's family and friends. As a result, the story dragged in a few places, and the book was definitely longer than it needed to be. That said, I never lost interest in Philip and Claire's story, and it was very easy for me to cheer them on to their HEA.

Overall, "The Truth about Men and Dogs" was a funny, sweet, and surprisingly emotional story, and I highly recommend it for all fans of contemporary romance. I would read future books in this series.

*Review copy provided by the author via Hidden Gems Books. All opinions expressed are my own.
Read more
Helpful
Comment Report abuse

shrimp8406
4.0 out of 5 stars Heart warming romance
Reviewed in the United States on July 25, 2020
Tricked into a vacation by his family, workaholic Philip is climbing the walls inside of a day. His family won't take no for an answer, so he's stuck, at least for the short term. Missing the city, he schemes to find a way out of little Truth Harbor. One of his attempts to contact the outside world leads him to steal Claire's phone in a misguided attempt to get out of town.

The feisty little blonde in unlike any woman he's met before. He doesn't intimidate her and she's not afraid to state her opinion. The only problem is that his cousin is in love with her. Thrown together by circumstances, Philip tries to stay away, knowing that he'll be back in the city before too long. He's in an impossible situation - he is intensely attracted to Claire, but he doesn't want to hurt anyone by pursuing her either. His need to control and take care of everyone around him has him conflicted. Claire challenges him, fuels his desire on both emotional and physical levels and her near obsession with pirates has him enthralled. Will he take what he wants for himself?

Filled with quirky characters, familial drama, small town humor and a seemingly bad boy, who is truly a good man at heart, this is a sweet and funny small-town romance. Four stars.

This is an honest, voluntary review of an ARC of the story.
Read more
Helpful
Comment Report abuse
See all reviews