The Truth About Suzie and millions of other books are available for Amazon Kindle. Learn more 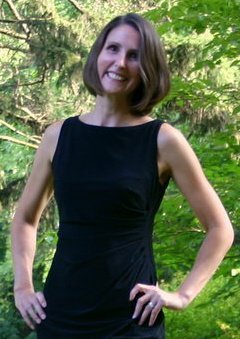 by Erica Rimlinger (Author)
4.5 out of 5 stars 28 ratings
See all formats and editions
Sorry, there was a problem loading this page. Try again.
Read more Read less
Previous page
Next page

"I love love love this book! ... The Truth About Suzie is a wonderful testament to friendship and support in all it's forms. ... Funny and heart-wrenching, I laughed and I cried - often at the same time. A very honest look at breast cancer and the impacts it has on our relationships, including the gifts that can come with cancer -- renewed connections, insight and love. This is one of those rare books that will live on in my mind for years to come. Everyone should be lucky enough to read it!"
-- Allison Bially, author of award-winning memoir Booby Trap

My book is inspired by a true story. I get questions about this. I'll try and answer a few of them.


Q: What does that mean: "inspired by?" How much of this story is true?
A: All of it. Except for the parts I made up.

The true story is this: I was diagnosed with cancer. A long, lost friend contacted me out of the blue, and implied she was fighting cancer too. We emailed for a while. Then: three shocks. 1) She died. 2) On a reality show. 3) Of something other than cancer. Of something that implied that she may have never had cancer at all. Was she lying to me the whole time? I had to find what was true and what was not in our relationship.

That's what happened, and I almost wrote a nonfiction book about it. But it didn't work. Truth is stranger than fiction in most cases, and this truth supported that maxim. I didn't have enough answers, so, in what I think was probably an attempt to process my grief, I made up what I thought had happened, what I wished had happened, and what I feared had happened.

It's fiction, but it's a cut-up collage of small things that happened during my cancer battle. I plundered my own Facebook posts. I constructed a backbone for the book, for Cecily, from my Facebook posts. I collected tidbits of detritus from this time, from myself, and from my family and friends. Names, snippets of conversation. If you knew me while I was writing this, you're in the book. I've stolen the names of your stuffed animals, I've referenced things we've done and conversations we've had. For some people, reading this book will be like "Where's Waldo?" They'll see themselves everywhere. When you do, imagine me waving at you.

Writing the character of Suzie was tricky. I didn't want to use any of the real emails we'd written to each other. In the end, I used the first one: the one she wrote when she reached out to me the first time. That is verbatim in the book: the only quote from the real Suzie. The rest is made up. The book follows our conversational arc, sometimes very loosely, sometimes pretty closely. But, in the end, I was writing fiction. Suzie isn't her real-life alter ego.


Q: Are you going to reveal who "Suzie" is in real life?
A: I think I can't, now. Because I've changed everything about her, and if I went back and said, "It's based on so-and-so," I'd be misrepresenting her. The Truth About Suzie is inspired by our story, but it's not our story.

A medical crisis. A mysterious reconnection with an old friend. An actual boyfriend. Cecily's had a busy year. But when she learns her friend may have deceived her, she drops everything to retrace the threads that held them together and -- with the help of a drag queen, a womanizing rock star, and some feisty cancer patients - sets out to find the truth about her friend Suzie. As poignant as it is humorous, The Truth About Suzie asks: can friendship transcend our problems and our faults, and is it worth the risk?

Erica Rimlinger began her writing career as a journalist in Washington, DC. Now a freelance writer, she has recently conquered breast cancer. Twice. (Editor's note: Suck it, cancer!) Erica lives in Baltimore, MD, with her husband, Kevin, and son, Max. The Truth About Suzie is inspired by real events in the author's life.
Read more
Start reading The Truth About Suzie on your Kindle in under a minute.

4.5 out of 5 stars
4.5 out of 5
28 global ratings
How are ratings calculated?
To calculate the overall star rating and percentage breakdown by star, we don’t use a simple average. Instead, our system considers things like how recent a review is and if the reviewer bought the item on Amazon. It also analyzes reviews to verify trustworthiness.
Top reviews

Big Time Book Junkie
4.0 out of 5 stars Interesting novel that kept me questioning the story
Reviewed in the United States on January 5, 2016
Verified Purchase
Interesting take on friends once lost and now found via social media and whether we really "know" those long lost friends.

Suzie is there via Facebook, supporting her friend Cecily as they both fight cancer. The reader is led on this journey through a lot of emails, Facebook posts and messages in addition to the usual form of story telling. The conversations between the friends were what you'd expect from two people going through the same things ~ supportive, loving, sympathetic when necessary and full of 'you can do this' encouragement when needed.

The book begins as we see Cecily trying to find out the truth behind Suzie's story and her realizations and understanding as the story moves along. Quite a different type of story, but one that is probably much more common since social media has exploded in all our lives. I'll be looking forward to reading future books by Ms. Rimlinger.

Eleanor Herrick
4.0 out of 5 stars A great way to spend a few hours on a free afternoon
Reviewed in the United States on September 13, 2018
Verified Purchase
"The Truth About Suzie". Easy read. The actual plot, or what I think is the story, is of no significance. Phrasing is pure gold, and many moments drew me, not into the book, but into myself. I'll be singing Conjunction Junction for days.

Five stars, for me, is life-changing. To Kill A Mockingbird. The Grapes Of Wrath. Fahrenheit 451. This book isn't in that category, but it's definitely a solid four.

Drew Dicus
5.0 out of 5 stars I am clicking the LIKE button!
Reviewed in the United States on November 15, 2014
Verified Purchase
With a style that is contemporary and recognizable, characters that possess depth and dimension, and more (better) one-liners than the Comedy Factory, this debut novel shines.

You "check" it as much as you read it - I read much of it on my phone - and once you get accustomed to the flow of the narrative, it's hard to put down. You have to, you know, to flush and wash your hands, but you don't want to.

The players show you one face you recognize quickly - headstrong sisters, awkward would-be boyfriend, TV producer, rock star cad - just the caricature that social media provides. But in person, their alter egos, motivations, and determination hook you. Sometimes (and Suzie illustrates this most of all), "it's complicated".

And most high praise for having the stones to call someone (a) Dick 759 times. Publicly. Take that.

pollyprincess
5.0 out of 5 stars Finding The Truth has never been so fun!
Reviewed in the United States on October 26, 2014
Verified Purchase
I loved this book and couldn't put it down. Thanks to the voyaristic nature of Facebook and their email conversations, Cecily and Suzie became so much more real. I couldn't wait to find the a Truth about Suzie and how or if it would help Cecily continue her battle and find her own strength, her inner "rebel". I'm looking forward to reading future works from this impressive first time author!
Read more
3 people found this helpful
Helpful
Report abuse

Kindle Customer
5.0 out of 5 stars Great story
Reviewed in the United States on January 23, 2015
Verified Purchase
I have always loved Erica's humor so when I heard her book was published I had to download it. So glad I did! This story will give a glimpse of going through cancer treatment but with a healthy dose of humor. I had a hard time putting it down. Just wanted to keep reading. Loved laughing my way through Cecily's life.
Read more
One person found this helpful
Helpful
Report abuse

Kindle Customer
4.0 out of 5 stars Fast, enticing read
Reviewed in the United States on October 20, 2014
Verified Purchase
The Truth About Suzie is a compelling read that has you flipping pages to find out what's going to happen next. It's mtv's Catfish meets cancer, with a sweet, heart-warming love story woven in. The last book I read that had me staying up late and held the same level of everything else can wait, just one more chapter, compulsion was Gillian Flynn's Gone Girl. Ms. Rimlinger has been added to my favorite new author's list and I hope that she continues to write and share her stories with us.
Read more
6 people found this helpful
Helpful
Report abuse
See all reviews
Back to top
Get to Know Us
Make Money with Us
Amazon Payment Products
Let Us Help You
EnglishChoose a language for shopping. United StatesChoose a country/region for shopping.
© 1996-2021, Amazon.com, Inc. or its affiliates