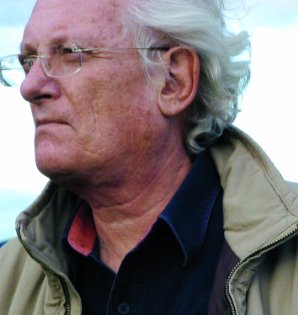 The death of a nameless prostitute in a glitzy Melbourne high-rise is the first in a series of crimes that Insp. Stephen Villani discovers are all tied to protecting the interests of the city's elite in this brutal tale of corruption, greed, and revenge from Australian author (and Ned Kelly Award–winner) Temple (The Broken Shore). Burdened by a shaky marriage and an increasingly rebellious teenage daughter while trying to stay afloat in Melbourne's treacherous political climate, Villani doesn't know where to turn. The discovery of three savagely tortured men with ties to one of the city's biggest crime bosses only adds another layer to the already twisted case, and makes Villani question eve-rything he thought he knew about the line between cop and criminal. Temple's elliptical storytelling—the past and the present are often interchangeable—fits the slippery subject of deeply ingrained police corruption and one man's determination to uncover the truth. (May)
Copyright © Reed Business Information, a division of Reed Elsevier Inc. All rights reserved.

Praise for The Broken Shore:

“A compulsive read . . . a grim, brutally involving crime novel [from] a master of the genre . . . It’s one of those books you can’t wait to finish and then can only regret that it’s ended.” —Daily News (New York)

“Having read the new novels of Michael Connelly and Martin Cruz Smith, I have to say that Temple belongs in their company.” —The Washington Post

Peter Temple is the author of eight crime novels, five of which have won the Ned Kelly Award for Crime Fiction. He has worked as a journalist and editor for newspapers and magazines in several countries. He lives in Victoria, Australia.

Page 1 of 1 Start overPage 1 of 1
This shopping feature will continue to load items when the Enter key is pressed. In order to navigate out of this carousel please use your heading shortcut key to navigate to the next or previous heading.
Back
Next
Pages with related products. See and discover other items: homicide investigation