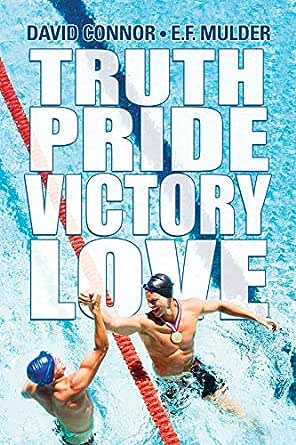 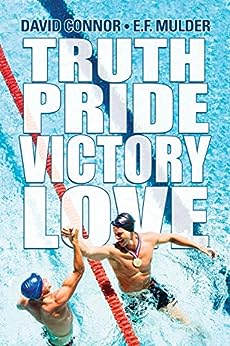 David Connor lives in a small town in New York with his cat Molly, and the spirits of Max, Mrs. Fat Pants, and those fur-babies that have left Earth before them. His grade school English teacher, after reading one of David's stories, suggested David write for As the World Turns someday. Books, magazine articles (including the soap mags), the stage, and even radio, he has done just about everything except write for daytime TV. He is still hopeful-as long as there are still some left.

E.F. lives in the serene beauty of rural New York with four cats, lush mountains, and wildflowers in summer and snowy meadows in winter. When not writing, she can often be found tending to her virtual animals and crops on Hay Day or taking long strolls in the real outdoors, where half-baked ideas, difficult plots, and uncooperative characterizations often work themselves out. E.F. is also a doll and teddy bear collector and an avid reader. --This text refers to an out of print or unavailable edition of this title.

At its core is the love between two boys, developing into manhood as they strive to become Olympic swimmers.

Reed, adopted into a poor black home, is racially ambiguous, yet accepted as gay, even before he informs his family. For a while Mathias, who is wealthy, white, and quickly out and proud (but is virtually ignored by his parents) finds a second home with Reeds’ family.

Reed rarely knows whether Mathias is helping or undercutting, as Mathias is infuriating and caring in equal measure. Luckily Reed’s athletic bid is emotionally supported by his taciturn coach, a bisexual neighbor (to whom he’s also attracted), his disabled younger brother, and parents who are the salt of the earth.

As all these characters buddy up, fight, play, and mature, Connor and Mulder weave the complexities of love between competitors. They probe the convoluted realities of athleticism, in which media and endorsements extract a price.

Several things make this gently meandering novel stand out. It focuses an unblinking eye on life’s problems. The issues of race, disability, power, privilege, and sexual identity are carefully woven into the strands of Reed and Mathias’ on-again, off-again relationship.

Truth, Pride, Victory, Love doesn’t force solutions, but rather allows its characters to emerge in three-dimensions. Folks are as ambivalent and confused as we are. They are searching for answers society hasn’t quite found.

The novel’s best feature is how Reed matures from a kid who can do anything, to a young man questioning his worth, and finally into one who has the insight to determine his destiny. This is depicted consistently through his actions, values, thought processes, and even his language style.

“The most valuable thing a man can do is stand up strong for what’s really important no matter what. The most foolish thing he can do is let pigheadedness distract him with what’s not. Some things are worth compromise, sacrifice and humility, Reed. Some things can only be accomplished without a lick of any of them. The mature man can figure out the difference.”

A novel that undertakes the perplexing issues of our day might be over-reaching. But, like an Olympic athlete, the authors have dug deep and delivered a surprisingly comprehensive, intricate, ethical, and endearing love story in Truth, Pride, Victory Love.
Read more
Helpful
Comment Report abuse

Kindle Customer
5.0 out of 5 stars 5 Stars for a Wonderful Love Story - Reviewed by Mel at ABC
Reviewed in the United States on February 21, 2017
When I got this book and saw how long it was, I was excited to dig in and see how everything would unfold over time – and boy, did it. This story takes place over a significant amount of time – from when Reed is barely a teenager, until his Olympic debut (I can’t remember the exact number of years, but around eight or so). That is why the book is so long – the authors told the story of these two people, as they grew together and apart, over time – and I am a sucker for a deep character dive.

The premise of this story is two young people from different sides of the track who were raised completely different from each other, in ways that were unexpected – and how their friendship, love, and love of swimming, helps bring them together and pulls them apart over time. Both characters were well-written, deep and developed over time while also staying true to who they were from the beginning – not an easy feat. What I really enjoyed most though, was that while this is a “sport romance” focusing on the Olympic quests in swimming, more than anything else, this is a story all about love and family first – swimming was just the framework. The emotions throughout were real – there were tears, laughter, ahhhs, oohs, and everything else you can imagine – I was so into their story and their lives and I highly recommend this book!

This is a great read for ANYONE, no seriously, I really liked it. It was longer than most books in this genre, so you’re able to really get to know the characters and be immersed in their lives. The supporting cast was just as awesome and Reed and Mathias are absolutely a perfect fit… even though you don’t think they can be.
Read more
Helpful
Comment Report abuse

DiverseReader
4.0 out of 5 stars Emotional Love story
Reviewed in the United States on December 30, 2016
This is a story about great determination. The goal? Get to the Olympics!

Mathias and Reed first meet in grade school. A bad day leads to Reed defending Mathias only for Mathias to never return to school again. It's not until years later, at a swim meet, these two see each other again. The attraction is immediate!

Mathias' family is well off where Reed's family is not. Money, as they say, is the route to all evil. Their attraction to one another matters not when money is involved... and serious secrets.

We watch these two over the course of four years. Together, not together, ups and downs. There were so many demons to face in this book. Reed's struggles seemed so much harder to me. Not to discount Mathias but Reed's were big and you felt the "make or break" scenario that played in a loop in his head.

I will say this book was a bit longer than it had to be. It lagged in quite a few places. Otherwise this is an emotional story about two guys who fall in love and fight hard for it.
Read more
Helpful
Comment Report abuse
See all reviews