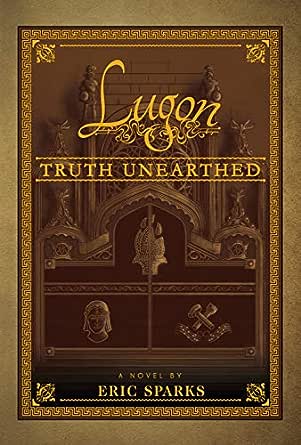 You've subscribed to The Tales of Lugon! We will preorder your items within 24 hours of when they become available. When new books are released, we'll charge your default payment method for the lowest price available during the pre-order period.
Update your device or payment method, cancel individual pre-orders or your subscription at
Your Memberships & Subscriptions
There was an error. We were unable to process your subscription due to an error. Please refresh and try again. 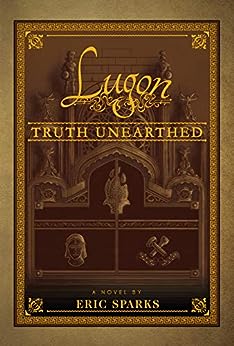 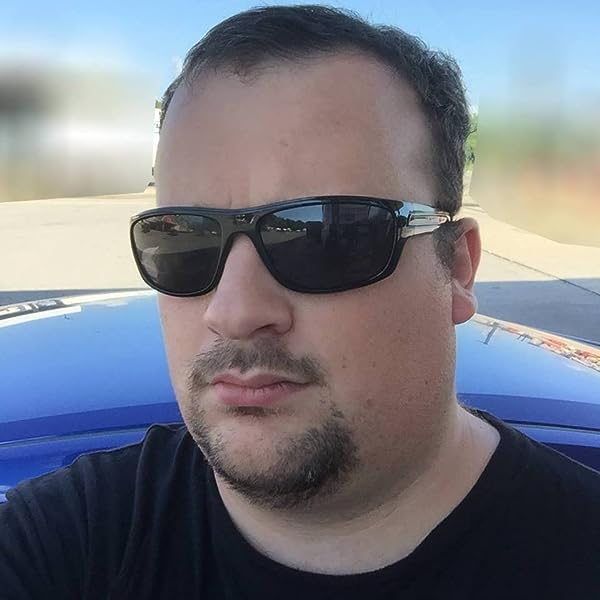 Truth Unearthed: Book One of A False Dawn (The Tales of Lugon) Kindle Edition 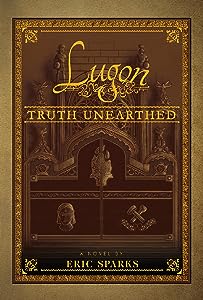 "[An] excellently written and built world; the characters are well developed." ★★★★★
- Daniel Kelly, Author of The Fall of the Phoenix

TNSusan
5.0 out of 5 stars Adventurous and entertaining read
Reviewed in the United States on January 7, 2019
Verified Purchase
I really enjoyed this book, even though I don't normally read fantasy. The overall story was engaging, the characters were well-developed, and the villains were scary and horrible. I especially enjoyed the way the friendship evolved with Baron and Arun. They seemed to "grow up" during the book. I also loved Athaz and his inner fight between right and wrong, and his role in his destiny.
The action scenes were tense, and I felt like I was watching it because the descriptions were so spot on. Both the dwarves and elves brought a dimension to the story that I enjoyed.
I wish there had been a stronger female presence throughout the book. I did, however, enjoy Descia and Vera when they were present. They were strong characters who were smart, independent and spoke their mind.
This book gave moments of humor and sadness, but was mostly a captivating tale of a fascinating world of good and evil. I enjoyed the journey and will definitely be reading the next book in this series. I would recommend this book to anyone who wants to be swept away into a different world and engrossing adventure with entertaining characters.

Noelle Nichols
4.0 out of 5 stars A Classic Fantasy World
Reviewed in the United States on January 19, 2019
Verified Purchase
This story was a bit of slow-burn for me at first, being laden with a lot of world-building and historical background for the first half of this book. For me personally, I’m not a fan of pages of historical context and explanation to get into a world, so I found the pacing to be a little slow for my taste.

It’s written in a very classical fantasy style (with orcs, dwarves, elves and human races), with adverbs and exclamation points told from a third person sort-of omniscient POV. I’ve seen the style a few times before, and it’s not my favorite—however,—I wouldn’t let that dissuade you from getting into the world of Lugon. It has good bones, and it’s the first book in a series I know will have some good commentary about good vs. evils, misconceptions and power.

Eventually, I got used to the writing style, but the use of time markers still kind of irked me. They actually slowed down the pacing of the book quite a bit, and some of the transitions could have been cut or skipped all together, and it’s one of my biggest gripes about the story. That and the narrative distance. I didn’t quite get drawn into the book and characters until about 2/3 of the way because there wasn’t a lot of time spent on the individual characters to make me immediately like or dislike them. A few more details for the places and settings, could have also helped draw me into the story more because there were some fun places we went to in this book, but not enough detail to fully illustrate the places.

Writing style aside, this is a tale on epic proportions where the author has spent a tremendous amount of time writing backstory, myths and solidifying customs among races. I really appreciated the thought and the misconceptions the characters originally had about the different races, as I find when a lot of races are involved, there is a clear line of who is supposed to be good, and who is not. This book is not one of those.

The story focuses on two younger characters who are basically going out into the world to find their true purpose, wander around a bit, get attacked and are caught in things that are much greater than themselves. You see most of the character growth and personalities in the last third of the book, which is why I liked it the best, and I would love for the author to consider putting in more thoughts from the characters moving forward. There’s a bit of that in this book, and when it’s done, the prose becomes quite captivating.

The most endearing part about the book are the friendships and the brotherhood that had already existed between Baran and Arun. Being epic fantasy, there were a lot of characters involved, some showing up for merely a chapter, and some I’m hoping will play a greater role in the next installment, and all of which I hoped to know better.

Overall, this is a great book from a debut author who has created a tantalizing world filled with magic, friendships and battles on the epic scale.
Read more
One person found this helpful
Helpful
Comment Report abuse

Sam Koumi
4.0 out of 5 stars Intrigues and things you wish you didn't knew about your daily life.
Reviewed in the United States on May 30, 2019
Verified Purchase
Truth Unearthed is the first book in the series A False Dawn, written by Eric Sparks. It's a very well written book about intrigues and learning truths you would be better of not knowing.

Sparks manages to create a very detailed world which only makes you want to learn more about it, yet he keeps just enough information from you to make you want to continue to read, but not enough to just drop everything out in the blue. He then keeps the reader interested by weaving an intricate intrigue about the truth about the world the main characters lived in in the beginning of the book.

The characters are also well developed, with their own flaws and inner fights that they have to overcome, which most of them do throughout the story. The best part is that not only are the good guys well fleshed out, but so are the villains (or most of them at least) and none of them feel like they are evil just for the sake of it.

I only have two gripes with this story; one is that there are way too many time-skips in my opinion. This causes some of the development to feel undeserved and the overall story feel rushed. If Sparks just extended on half of the time skips, the general feel of the story would have felt a lot better. Doing so could even potentially have made this book into two, maybe even three volumes, instead of one, and would have created a more even flow.

Another gripe I have is that the dialogues have a tendency to feel kind of stale. One reason for this could be how Sparks seems to put focus on writing poetically, which is fine if the character is in a high standing or want to be mystic, or in the narration, but it isn't needed all the time in my opinion.

Another reason is that Sparks omits some reactions in dialogues, e.g.

“Well, Warden, so you do live, even after the rabble tore the Gift from you. Yes, I suspected it was you from the beginning; a gray-haired human daring to take on a hunting party of the Clans, out in the middle of nowhere [...]"

In this part Sparks doesn't add a reaction too when Azath is called Warden, even though he shouldn't be recognized as such, which makes his "Yes I suspected[...]"-part obsolete.

However, it was overall a very enjoyable read and I rate it as a 7/10.
Read more
Helpful
Comment Report abuse

James H. Stevens
5.0 out of 5 stars A fantastic fantasy tale
Reviewed in the United States on April 21, 2020
Verified Purchase
A fantastic fantasy for fans of LotR. Immersive and detailed, Lugon, Truth Unearthed will hold you captive until the end. A young man named Arun must choose life over death to ensure the freedom of his world from the evil emperor, Balech. With a plethora of mythical races, dynamic and well developed characters aid Arun in his journey through a descriptive-told fantasy world. Learn its rich history as the tale unfolds, and prepare yourself for more to come as this story leads to an undoubted sequel. I recommend it to all fans of fantasy.
Read more
Helpful
Comment Report abuse