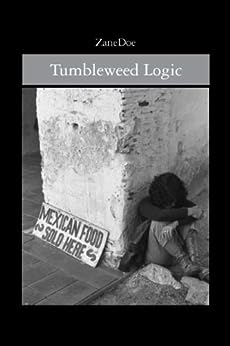 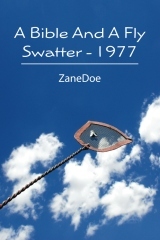 Susan Eubank
5.0 out of 5 stars Unforgettable characters..a woman's courageous and free spirit..
Reviewed in the United States on April 13, 2010
Verified Purchase
I loved this book. Zane Doe has written a great story of life..starting with Lena's life in Monterey..experiencing the loss of a dear friend to a brutal murder..what happens in her life after all of this tragedy.. Her subsequent moves to other places, where she finds "family" and love. Tumbleweed Logic weaves a tale of unforgettable characters, great descriptions of places and people, wonderful dialogue.. the unfolding of Lena's life..like you're on the road with her..you're feeling her courage and sense for finding herself..Lena's adventurous free spirit..her courage and humor in the face of dire, dangerous situations..and the surprise of finding love..

I am looking forward to reading more of Zane Doe's books. This really would make a great movie!

Patty Baker
5.0 out of 5 stars Great!!!!!!
Reviewed in the United States on June 30, 2007
Verified Purchase
From the first page I was completely drawn in - I could not put this book down. The humor is great, the story line intriguing. I laughed, I cried, I felt the sense of fear as Lena so bravely pursues justice. The characters in this book are so very real - I felt like they were a part of my life. Zane Doe has true talent as a story-teller and writer. I look forward to anything she writes. I hope I do not have to wait too long to read more about Lena's life adventures. This book is truly entertaining with an authentic quality. I look forward to more!
Read more
3 people found this helpful
Helpful
Report abuse

Jeh
5.0 out of 5 stars Tumbleweed Logic - Hooked from Page 1
Reviewed in the United States on March 14, 2007
Verified Purchase
I highly reccomend this book. A great read. It's a fast paced story and I was drawn in from the first page. The imagery throughout is incredible just pulling you in as if on location. The Author does an incredible job of bringing the unforgettable cast of charcters to life and by the end of the book you feel you know them all as friends and neighbors that are missed at the stories end.
Read more
2 people found this helpful
Helpful
Report abuse

Ann Bruner
5.0 out of 5 stars Tumbleweed Logic
Reviewed in the United States on June 20, 2009
Verified Purchase
I really enjoyed this book. It was so well written & the characters were atypical & intriguing. I couldn't read it fast enough. I kept thinking this would be a good movie. Looking forward to the next book from Ms. Doe!
Read more
4 people found this helpful
Helpful
Report abuse

Dog Lover
5.0 out of 5 stars Characters Plus Suspense
Reviewed in the United States on June 17, 2009
I read this book when it was first published and then bought copies for a bunch of friends and family. This book has both interesting characters and plot points that draw you into and through the book. The author has a way of describing the people and places that made me see so clearly in my mind's eye what she was describing. This book also managed to be both funny and suspenseful. Simply put, Zane Doe is a good storyteller. I am a very slow reader and usually take forever to read a book, but I just couldn't put this book down. I spent the entire day curled up in the garden until I finished the book. Then, as with all good reads, I was sorry it was over. I hope she publishes another book again soon.
Read more
3 people found this helpful
Helpful
Report abuse

Donna
5.0 out of 5 stars Great fun!
Reviewed in the United States on May 25, 2013
Just finished this book - in an afternoon. If you love a smart, courageous woman in difficult and life-threatening circumstances, you will enjoy this book. The characters are built with just enough detail and the setting descriptions make you feel the water and smell the pine. Excellent.
Read more
One person found this helpful
Helpful
Report abuse

Jeh
5.0 out of 5 stars An Incredible cast of Characters.
Reviewed in the United States on April 10, 2011
A great read. It's a fast paced story and I was drawn in from the first page. The imagery throughout is incredible,just pulling you in as if on location. The Author does such a great job of bringing the unforgettable cast of characters to life and by the end of the book you feel you know them all as friends and neighbors that are missed at the stories end.
Read more
Helpful
Report abuse

Inquiring Mind
1.0 out of 5 stars Disappointing
Reviewed in the United States on February 27, 2016
The good people die. The two felons escape. This is a tear-jerker, not a mystery. And, it needs a proof-reader.
Read more
Helpful
Report abuse
See all reviews

Sandi
5.0 out of 5 stars Fantastic
Reviewed in Canada on October 16, 2017
Verified Purchase
Along with all Zane Doe’s books fantastic read!
Read more
Report abuse
See all reviews
Back to top
Get to Know Us
Make Money with Us
Amazon Payment Products
Let Us Help You
EnglishChoose a language for shopping. United StatesChoose a country/region for shopping.
© 1996-2021, Amazon.com, Inc. or its affiliates