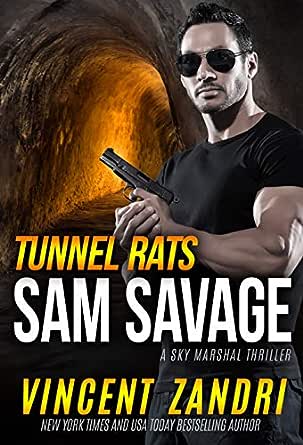 You've subscribed to A Sam Savage Sky Marshal Thriller! We will preorder your items within 24 hours of when they become available. When new books are released, we'll charge your default payment method for the lowest price available during the pre-order period.
Update your device or payment method, cancel individual pre-orders or your subscription at
Your Memberships & Subscriptions
There was an error. We were unable to process your subscription due to an error. Please refresh and try again. 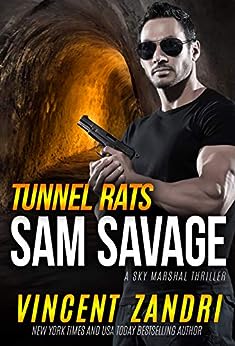 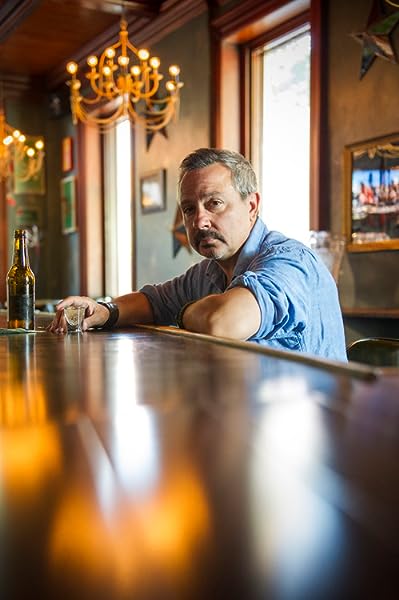 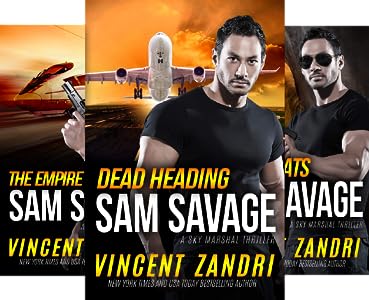 Judy
5.0 out of 5 stars MUST Read this book-series
Reviewed in the United States on January 8, 2019
Verified Purchase
This was not my first book by Vincent Zandri but it was my first in the Sam Savage Sky Marshal series. I have mentioned this before - there are so many twists and turns in this authors books that no wonder he is my favorite author. There is no stagnation. Things are constantly moving and constantly changing. There are many surprises along the way and at the end there was a huge surprise that I loved. Vince if you read this you will know what I mean when I comment that I now have to drink a cold beer while in the shower just because. My next read will be Dead Heading..another Sam Savage Sky Marshal. You will not be disappointed with anything about this book but warning, you will want to stay up late into the night to see what happens next. I read it it until 3 am two nights in a row. I recommend any and all books by Vincent Zandri.
Read more
2 people found this helpful
Helpful
Comment Report abuse

Ellen Oceanside
TOP 1000 REVIEWER
5.0 out of 5 stars VIET NAM JUNGLES
Reviewed in the United States on January 4, 2019
Verified Purchase
Sam is a Sky Marshall.has his eye on Channy Linn, Who has been in US getting support for his terrorists organization and.Viet Nam. The man is small, slim, but an evil smile, like a cold blood murderer. The arrangements of a shared cab, the same hotel. His field asset is Agent Cindy, still beautiful The mission Sam is on turns deadly when the jungle has new trap doors, the snake pits, the foliage seems lethal. The three after him dressed as their forefathers did. Weapons are new. Careful to walk, so not to set off a mine field, he wants to get to Channy compound. Captured, will they get out, and will explaining need to be done. Once again the author has given us a detailed mission to follow,it is tense. To the end, another Sam adventure leaving us wanting more adventure.
Read more
2 people found this helpful
Helpful
Comment Report abuse

txvolfan
4.0 out of 5 stars Action ... and lots of it
Reviewed in the United States on April 26, 2019
Verified Purchase
A good escapist novel ... basic plot, roughcut hero, lots of action ... easy read, but fun. Reminded me a lot of the old Mack Bolen "Executioner" book series.
Read more
One person found this helpful
Helpful
Comment Report abuse

Kindle Customer
5.0 out of 5 stars A must read book
Reviewed in the United States on December 2, 2018
Verified Purchase
I really, really loved this book about Sam Savage if you like good action books you will love this one
Read more
2 people found this helpful
Helpful
Comment Report abuse

Katie
5.0 out of 5 stars A quick, action-packed story........
Reviewed in the United States on January 24, 2019
Tunnel Rats is a novella length, action packed story featuring Sam Savage, a former Army Ranger and current air marshal. He is temporarily assigned to follow and gather intel on Channy Linn, a suspected terrorist with a new and more homicidal version of the Viet Cong. Sam is joined by a covert operative named Cindy about whom he knows little and isn't certain that he can trust. Sam and Cindy quickly dive into action when they are captured by Channy, and the story takes all kinds of unexpected twist and turns before reaching a surprise conclusion. I really enjoyed the character of Sam because, although he has much training and skills, he recognizes that he doesn't have any experience with covert operations and willing defers to Cindy's superior knowledge in this area. He is all tough guy, but he is also very down to earth and realistic, and he has a bit of a sarcastic wit that kept this story from being too heavy.

Andrew B Wehrlen delivers an amazing performance. He has a deep, slightly raspy voice that was perfect for Sam's personality. His narration flowed so smoothly that I listened to this novella in one sitting without realizing so much time had passed. I would absolutely listen to another audiobook narrated by Wehrlen in the future.

I received a copy of this audiobook at my request in exchange for this honest review.

Rosemary56
5.0 out of 5 stars Tunnel Rats - a review by Rosemary Kenny
Reviewed in the United States on January 13, 2019
Not literal rats, but the more deadly human variety are ranged against our intrepid hero Sam Savage, as he hunts the international terrorist Channy Linn, while also doing his job as an Air Marshall as Linn finishes his recruitment drive in the US and makes for his booby-trapped compound in Asia.
Deadly peril awaits Savage as he and highly trained MMA killer agent Cindy pursue Linn across the Asian continent.

Move over Indiana Jones and James Bond - the incredible Vincent Zandri's Sam Savage is on his way to becoming the best new secret agent/adventurer bar none!
Not to be missed like all Vincent Zandri's other wonderful books - get them all as soon as you can!
Read more
One person found this helpful
Helpful
Comment Report abuse

Jeff Benham
4.0 out of 5 stars Happy endings.
Reviewed in the United States on March 14, 2019
For a sky marshall, Sam Savage makes a pretty good spy. A rogue terrorist is planning on killing a lot of people and it is Sam's job to follow him, find out what he is doing, and where he plans to strike. He does get help from a CIA operative named Cindy, who just happens to be beautiful and quite capable. The Rambo statement in the description, is pretty accurate. This dude is tough!
Read more
One person found this helpful
Helpful
Comment Report abuse

Ashley Hedden
5.0 out of 5 stars Great Read
Reviewed in the United States on February 25, 2019
Tunnel Rats (A Sam Savage Sky Marshal Thriller) was a great read by Vincent Zandri. Sam finds himself on the most dangerous assignment he has been on. Sam finds himself trying to stop Channy Linn who is hell bent on destroying a hotel that is full of American and Chinese business people. I enjoyed another book that followed Sam doing everything in his power to save the day.
Read more
One person found this helpful
Helpful
Comment Report abuse
See all reviews from the United States