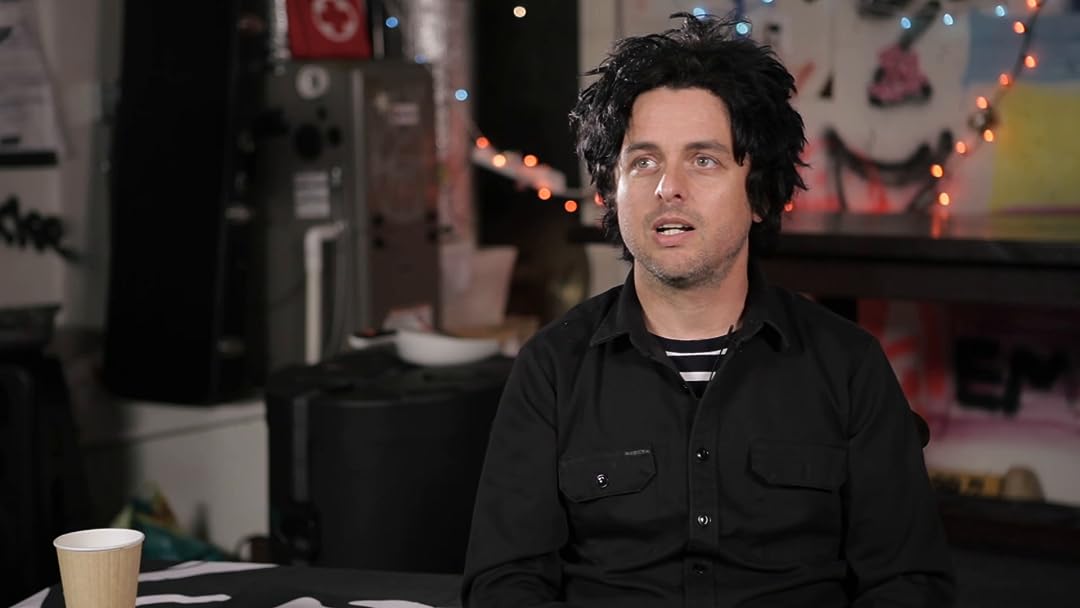 Various Artists - Turn It Around: The Story of East Bay Punk

(309)
2 h 37 min2017PG
TURN IT AROUND: THE STORY OF EAST BAY PUNK spans over 30 years of the California Bay Area’s punk music history with a central focus on the emergence of Berkeley's inspiring 924 Gilman music collective.

Included with Qello Concerts on Amazon for $7.99/month after trial

Watch with Qello Concerts
Start your 7-day free trial
Add to
Watchlist
By ordering or viewing, you agree to our Terms. Sold by Amazon.com Services LLC.
Write review

Dark_One666Reviewed in the United States on August 6, 2018
5.0 out of 5 stars
An awesome gift to people who love music in general!
Verified purchase
I have seen a lot of punk movies and documentaries because the culture is so fascinating. When I saw this while surfing on Amazon I was immediately interested. Not only did the content appeal to me but the run time is over 2 hours which means it’s going to be pretty extensive. Well after watching it I can tell you that this is the most in-depth punk documentary I have ever seen. I love how it all starts in the 60s and explains how it influences each proceeding decade until today. The director was able to tell the story in a cohesive, exciting and informative manner about Punk Rock in Northern California.

Another reason why I watch these kinds of movies is because I know I am going to hear about bands that I didn’t know existed. Bands such as Soup, Crimpshire, Filth and on it goes. Also and I have to admit that I was not too high on Green Day becoming mega huge. But this documentary really shows the bands heart.

They honestly appreciate where they came from and they have earned everything by hard work and perseverance and they still support the Eastbay scene. Like Billie Joe said which I thought was pretty awesome, “We got Neurosis, who do you got?” Good call Billie. Another really cool aspect of this film is the origins of Tim Armstrong especially when he left New York to start Operation Ivy. Probably one of the most influential bands of the Scene. It was cool to hear how he made the transition to Rancid. Tim himself explained it and unlike docs where the camera just hangs on the subject you get to see videos and pictures that supported his stories in progress. I love that!!

These are just the sides to an already full course meal. The director really put his heart in this project and you can always tell when somebody goes the extra mile in a documentary, this goes 50 miles. You can feel the love from the director of the Eastbay scene shine through, from the amazing editing, the in-depth interviews, the animation, the scenes history from the 60s to present and all the while paying respect and homage to the music.

The last documentary that thrilled me like this was the Bones Brigade (Rodney Mullen for president!!) this is just as good and fun. Turn it around gets my highest recommendation and it will hold up under repeated viewings just fine. In fact you might have to do that because there is so much thrown at you, you might miss a detail or two. This really is a labor of love and it shows on every minute on this film.

Recommended music:
Sun Ra - The futuristic sounds of Sun Ra
Misfits – Walk among us
Neurosis – Pain of mind
Neurosis – The word as law

bvalentineReviewed in the United States on February 4, 2019
4.0 out of 5 stars
Great, in depth doc, not for the casual fan
Verified purchase
I personally loved it, but I also knew a ton about that scene and listened to most of the bands mentioned. My gf (a huge music fan) did not know about 95% of that scene and was able to follow, but I could tell she was drifting in and out. We did have to pause a couple times to take information breaks and review why the film was jumping around. It's very in depth, but that's not a bad thing. Just maybe not for the casual music documentary fan. It was cool seeing these faces all grown up and back stories I hadn't head before. Although very thorough, there was a lot left out that I would have liked to see covered, at least on an extras reel. There was nothing about Food Not Bombs. There was no mention of Lance Hahn & J Church, except for a brief photo of Cringer (wtf?). It turned more into a Gilman documentary, which is fine, but if so, why spend so much time on Green Day? I would have liked more of Jeff Ott. Regardless, its well worth a view if you were ever a fan of that scene. The thing is..... they covered a LOT of ground, which isn't easy to do. About two dozen of those topics, bands, label, zines people could all deserve their own 2 hour dedicated documentary. So God Bless Green Day, if they would not have done this, I doubt anyone would have. Final thought, I kept wondering about Aaron Cometbus, and then at the end I (think) I put it together why they used him in the film as they did, which was pretty cool.
3 people found this helpful

Andrew W. LehtoReviewed in the United States on May 2, 2019
5.0 out of 5 stars
A story of the Bay Area punk scene
Verified purchase
This documentary chronicles more than just the story of Green Day and Rancid, but they did not forget bands such as Dead Kennedys, Avengers, Fang, Neurosis, Corrupted Morals, Crimshrine, Tribe 8, Mr. T Experience, and so much more!!! The documentary also chronicles the story of Maximum Rock N' Roll, the U.S. most important punk zine and 928 Gilman, the punk mecca of the Bay Area. Well worth owning and watching!!!!
4 people found this helpful

Jon RoigReviewed in the United States on May 11, 2020
5.0 out of 5 stars
Fun trip down memory lane
Verified purchase
Lookout / East Bay Punk meant a big deal to me in the late 80s / early 90s and this really captures the music and community well. I was there! (Sort of... not really much of a scenester, just a fan of the music.) Of course, the best part of these movies is always: who has aged well? I always wish these films would dive a bit deeper into what happened to all these folks in the intervening 20 years...
One person found this helpful

John CrowhurstReviewed in the United States on October 18, 2018
5.0 out of 5 stars
An EXCELLENT documentary by a great up and coming film maker!
Verified purchase
With the glut of documentaries that come out each year, it's great to see one of such quality. The video footage, pictures, flyers, and especially interviews with the musicians, promoters, and members of the scene was a treasure. If you are looking for a visual and audio history of the East Bay punk scene from the early 80's through the early 90's THIS IS IT! It's well worth the money. Excellent job!
2 people found this helpful

Katherine HullReviewed in the United States on July 20, 2018
5.0 out of 5 stars
Truly great punk documentary
Verified purchase
As a total punk history nerd, I’ve seen about a zillion of these types of documentaries and this one is really the cream of the crop. Great animation, great interviews, great archival footage. A great reminiscence to my time in the Bay Area and at 924 Gilman, although I was out there many years after the time period this doc focuses on.
8 people found this helpful

R.M.F.Reviewed in the United States on December 21, 2020
5.0 out of 5 stars
Loved this!!
Verified purchase
Great history and storytelling in this documentary about the east bay punk scene. I was around for the second wave after Green Day put it on the map. Great to hear the origin story.
See all reviews
Back to top
Get to Know Us
Make Money with Us
Amazon Payment Products
Let Us Help You
EnglishChoose a language for shopping. United StatesChoose a country/region for shopping.
© 1996-2022, Amazon.com, Inc. or its affiliates