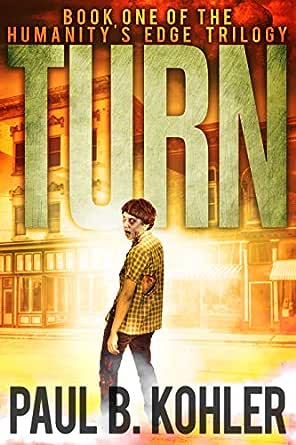 You've subscribed to Humanity's Edge! We will preorder your items within 24 hours of when they become available. When new books are released, we'll charge your default payment method for the lowest price available during the pre-order period.
Update your device or payment method, cancel individual pre-orders or your subscription at
Your Memberships & Subscriptions
There was an error. We were unable to process your subscription due to an error. Please refresh and try again. 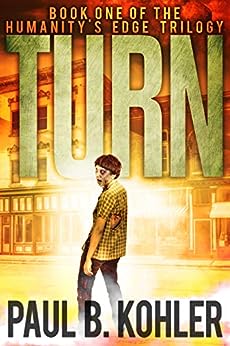 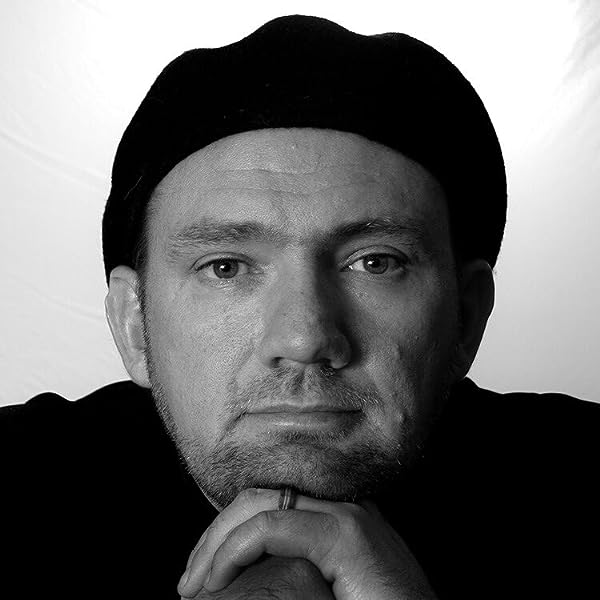 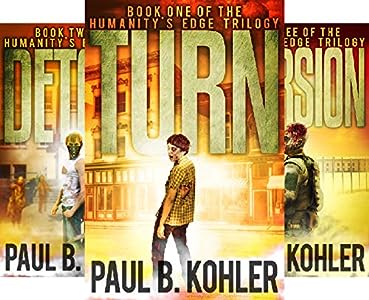 Get Reversion, Book Three of the Humanity's Edge Trilogy today!

3.6 out of 5 stars
3.6 out of 5
31 global ratings
How are ratings calculated?
To calculate the overall star rating and percentage breakdown by star, we don’t use a simple average. Instead, our system considers things like how recent a review is and if the reviewer bought the item on Amazon. It also analyzes reviews to verify trustworthiness.
Top reviews

Texas
TOP 1000 REVIEWER
2.0 out of 5 stars Research is a good thing, as is editing and realism.
Reviewed in the United States on November 25, 2018
Verified Purchase
Humanity's Edge: The Complete Trilogy - This is my first read by this author and I was pleasantly surprised. The longer I read, the more disappointed I became with the storylines, the characters and happenings. Yes, we're dealing with zombies, but there should still be realism.

While Turn, book #1, started well, was fast paced and action packed, there were some things difficult to swallow. For example (spoiler): there's no way a military leader in charge of a takeover/evacuation would allow two civilians to take charge. OK, let that slide, but the comment that the Colonel "retreated to his corps" had me laughing since that's not in this character's vocabulary. Also, the officer left in charge by the Colonel is not portrayed properly. (Maybe the author is a civilian and doesn't understand the Military?) The sheriff suffers too jumping from a leader to an idiot to an out-of-control savage; he's negligent in the wrong places. Research would have made this correct and realistic.

These types of inconsistencies are prevalent and distracting. But the twists and turns, along with the stress and events keeps the reader interested in the story. Among other editing errors, this author follows the trend of using god when it is God; prejudice and intolerance, or not standing up to his publisher?

With Detour, book #2, the inconsistencies are coming out of the walls since the author appears not to have planned a better path through this book. The storylines are weak, the thoughts and actions of the sheriff are ridiculous. He's close to his daughter's whereabouts but a weak link keeps him from finding out where she went. Anger and stupidity are now the norm for him. Another spoiler: he's accomplished his mission at the hospital (which the hours spent there are unrealistic - plot planning) and is saved by an armed gang. Does he stay hidden, with his weapons and supplies; nope, he's here I am, take my weapons and goodies, and let me tell you about my secret weapon and where the rest of my people and supplies are hidden. All without a punch to his gut or a drop of water forced down his throat.

I made it almost to the end of Detour, but the poorly thought out storylines, which were mostly good in Turn, and the exponential increase in the stupidity of the sheriff's actions and the farfetched "realism" (yes, zombie story but plot better, then ambiguities aren't glaring at the reader) had me so annoyed I lost total interest in the rest of the story, after 60 percent read. Mr. Kohler started so well and floundered when he could have really had a different zombie story. These books have been out and still have not been corrected? 2*

Jim T.
5.0 out of 5 stars Just Excellent!
Reviewed in the United States on May 7, 2018
Verified Purchase
Wow, wonderful first book of a new series! I really enjoyed this one. Great cast of characters, and plenty of action. The premise of a zombie apocalypse caused by nanites makes for a great story in my opinion, much better than the idea of one caused by terrorists made in a cave somewhere in the 'stan. I will definitely be reading book 2!
Read more
One person found this helpful
Helpful
Comment Report abuse

Jada Ryker
5.0 out of 5 stars Something Wicked This Way TURNs
Reviewed in the United States on June 11, 2017
Verified Purchase
Turn offers a fresh perspective on the zombie thriller. There are unexpected twists and turns with a small-town sheriff investigates a burned barn.

I thought I had the story all figured out. Nope. You’ll be shocked, too.

The book wraps up this phase of the series very nicely. At the same time, it’s left open for more of the story.

If you’re looking for more Paul Kohler, his shorter works are also incredibly thrilling. Linear Shift is a series of four short stories. Single father Peter tries to raise two teens, loses his job, and is on the edge of losing his home. When a face from his military past surfaces with the answer to all of his problems, Peter embarks on an exciting secret mission.
Read more
5 people found this helpful
Helpful
Comment Report abuse

Clarisa Cruz
5.0 out of 5 stars Great beginning of the end...
Reviewed in the United States on April 27, 2018
Verified Purchase
I was surprised as to how much I enjoyed this book. It’s not the genre I’m used to reading. The synopsis caught my attention. It was very original in the way the author started the “illness” of the townspeople and the way he intertwined the characters. I absolutely recommend this book to any one who likes “zombie” like reads.
Read more
2 people found this helpful
Helpful
Comment Report abuse

Kindle Customer
3.0 out of 5 stars Average post apocalypse story
Reviewed in the United States on December 20, 2019
Verified Purchase
There are a couple of little twists in this post apocalyptic zombie story but it appears to be written very bluntly like it is describing TV scenes. The authors favourite word is obviously "blaring"
Read more
Helpful
Comment Report abuse

M. Barry
5.0 out of 5 stars Well written and great characters
Reviewed in the United States on April 30, 2018
Verified Purchase
This is not another one of those books that has been written about the in of society, but a well thought out future nightmare. It doesn't however answer all the questions that the reader has.
Read more
Helpful
Comment Report abuse

Bebe
5.0 out of 5 stars Mind Bending
Reviewed in the United States on September 28, 2018
Verified Purchase
If you want a book that takes your mind where it really doesn't want to go, this is the one. It's guaranteed to make you stop and think about what could be happening around you.
Read more
Helpful
Comment Report abuse
See all reviews

LovesBooks
2.0 out of 5 stars Two Stars
Reviewed in Canada on June 11, 2018
Verified Purchase
Didn't like it.
Read more
Report abuse
See all reviews