You've subscribed to Fall Far from the Tree! We will preorder your items within 24 hours of when they become available. When new books are released, we'll charge your default payment method for the lowest price available during the pre-order period.
Update your device or payment method, cancel individual pre-orders or your subscription at
Your Memberships & Subscriptions
There was an error. We were unable to process your subscription due to an error. Please refresh and try again. 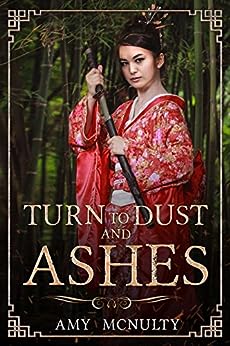 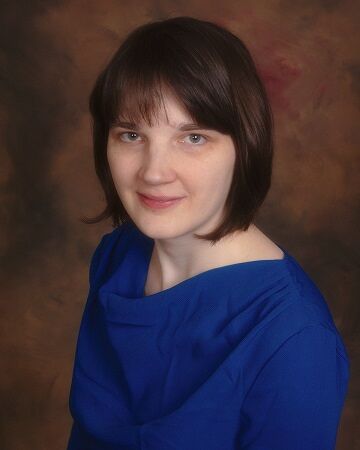 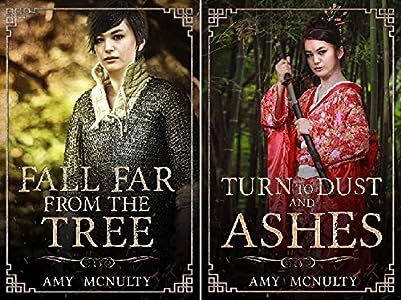 Amy McNulty is an editor and author of books that run the gamut from YA speculative fiction to contemporary romance. A lifelong fiction fanatic, she fangirls over books, anime, manga, comics, movies, games, and TV shows from her home state of Wisconsin. When not reviewing anime professionally or editing her clients’ novels, she’s busy fulfilling her dream by crafting fantastical worlds of her own. --This text refers to an out of print or unavailable edition of this title.

Tiffany Marin
4.0 out of 5 stars What a Perfect Ending to the Series
Reviewed in the United States on March 25, 2018
**FTC DISCLAIMER: I RECEIVED AN E-ARC FROM THE AUTHOR IN EXCHANGE FOR AN HONEST REVIEW. RECEIPT OF THIS BOOK IN THIS MANNER DOES NOT AFFECT MY OPINION OF THE BOOK OR THE CONTENT OF MY REVIEW.**

Four teenagers are left to rise up from the ashes of their parents’ cruel sovereignty, but they have no idea how to lead their peoples into peace and prosperity. Rohesia has learned that she’s the rightful heir to Hanaobi. She has to choose between ruling the duchy in her father’s place and traveling with her cousin, Kojiro, to seek the throne that is more rightfully hers. Though, without Sherrod, her father figure, she really has no interest in ruling either kingdom, there’s no escaping her parents’ infamous legacy on either side of the sea. Fastello finds himself struggling with more responsibility than he ever even dreamed of having as he’s left to lead his father’s people and to rule in his grandfather’s place in the duchy, all while enduring heartbreak the likes of which he has never experienced before, mourning the loss of Cateline. He wonders if he is enough to fill the hole all of his peoples so desperately need him to fill, to be the leader they so desperately deserve and need him to be. Kojiro is still drifting seemingly beyond his control in a land not his own, where he barely speaks the language and understands little of the customs he’s always considered barbaric and beneath those of his home. He’s grown bolder because of the people he’s met there and he’s determined to find his courage and set his people free of his mothers tyrannical reign, the way the four of them freed the people of the duchy from the duke’s evil rule. But, with her number one enemy, the Duke, defeated, the Empress is more unstoppable than ever. Tomiko, the ever perfect daughter and favored heir to the strict and controlling Empress, is sheltered from the realities of the world but eager to learn the truth about the lives her people live and what her brother is fighting for. Before the war is over, she will have to choose between fealty to her mother and loyalty to her beloved elder brother who has always been her only true friend, knowing that no matter what she decides, that her family will never be whole again and her homeland will never be the same. The goals of these four teenagers are bound to clash, no matter how much they want to stay allied, but there’s no escaping their destinies, even if they leave a path of destruction in their Wales.

I started reading this, the sequel to Fall Far From the Tree, with both great excitement and some trepidation; excitement because the first book was amazing and I have been waiting to find out what happens to the characters that I grew to love and trepidation because what if it didn’t live up to my expectations? Well, I had absolutely nothing to worry about!! This is an absolutely fabulous duology and my only regret, if I had to pick one, is that it’s over and it isn’t a trilogy to give me a third book with these characters and this world. Book two had even more action in it and really kept me guessing all the way through it. I really loved that more attention was given to Sherrod’s and Rohesia’s backstories. You really get to know how she got to be the hardened girl she was in book one, while catching glimpses of the way Sherrod saw her, in his fatherly way. Truly, I shudder to think what she would have been like without him. And Tomiko takes a much bigger role in this book and I loved her!! I honestly didn’t see the ending coming but it was absolutely perfect, well, perfectly imperfect because they’re leading to the best of their abilities and learning as they go along. But, they have learned from their parents’ mistakes, which a lot of us never do, so that’s a wonderful start. (
Read more
Helpful
Report abuse

Steven
5.0 out of 5 stars I applaud this ending!
Reviewed in the United States on September 8, 2017
I have no idea how to describe this book.

Immediately after finishing this book my heart felt settled. The book, its ending, had brought to me such a calm sated state after the high tension I had been feeling throughout the entire novel. It was like having a horribly knotted string and slowly trying to untangle it. You don't know which piece will solve the problem and which will only tighten the knot. Or if the string will even survive your attempts to correct it.

It was so nice to get into the heads of familiar characters again. It was even better to see them in an opposing position to their last. Before they had to tear everything down, now they have to rebuild and change not only their world but others unknown to them. Quickly they learn that this is a much harder job than their last. As the story unfolds already shaky plans unravel and our characters have to play it by ear. Not an easy task when so many different minds try to attack the same problem, separately. To see them stepping up to the plate to adjust to the world that they had created was fun. Some handled it better than others. The others, they handled it, in their own way. However, no matter how they fought it the end was coming, one they could not avoid.

This was the one McNulty book that you know where the characters are headed. Seeing as it was the end goal of the whole plot but there were so many options, so many different ways it could have ended for them. During the whole book I was eager to figure out which ending they received. It was so nice to say everything ended happily, kind of.

This book was on the calmer side compared to its companion book but it was still very heart clenching. I loved it. I have received an ARC in exchange for a fair and honest review.
Read more
Helpful
Report abuse

Nicole Strand
5.0 out of 5 stars An Amazing sequel!
Reviewed in the United States on September 29, 2017
The only problem I have with these books is they are too short. I'm seriously not ready for them to end. This book was even better than the first. There's even more action, as well as a completely different goal than the last novel so it doesn't feel like you are reading basically the same story again. The four heirs begin to work on rebuilding what their parents destroyed in the first novel, which was exciting to read about. Too often the book ends after the good guy wins and you don't find out how things after that end up. I am a bit sad/disappointed with one part of the ending though. But overall, this series is great!
Read more
Helpful
Report abuse

Kalli
5.0 out of 5 stars A fresh and unique take on a book series
Reviewed in the United States on September 13, 2017
This book, this series really, is the written version of Chess. Any move made has to be thought out, planned, and made in advance of the opponents otherwise everything can come crashing down. There are princesses, princes, pirates, rebels, but this isn't your average everyday book. There is a lot more violence than mushy love scenes, and I think that's what makes this book series great. It's what makes it unique.
Read more
Helpful
Report abuse
See all reviews
Back to top
Get to Know Us
Make Money with Us
Amazon Payment Products
Let Us Help You
EnglishChoose a language for shopping. United StatesChoose a country/region for shopping.
© 1996-2021, Amazon.com, Inc. or its affiliates