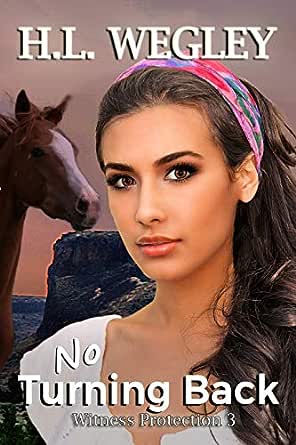 You've subscribed to Witness Protection! We will preorder your items within 24 hours of when they become available. When new books are released, we'll charge your default payment method for the lowest price available during the pre-order period.
Update your device or payment method, cancel individual pre-orders or your subscription at
Your Memberships & Subscriptions
There was an error. We were unable to process your subscription due to an error. Please refresh and try again. 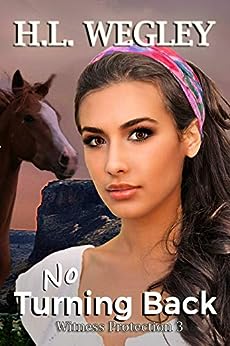 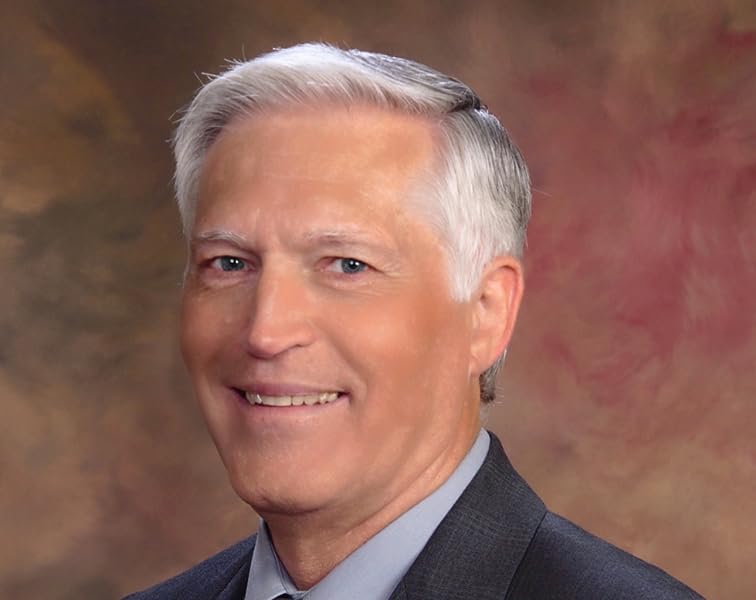 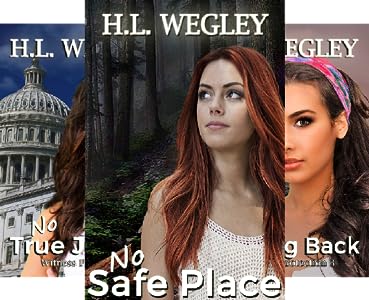 To women readers -- never fear reading a suspense or thriller by H.L. Wegley. The stories may be gritty and intense, but descriptions and events will never be gross, graphic, or gratuitous. Expect some humor to lighten things up.
The Witness Protection Series books may be read in any order. They are separate stories with separate characters. The only commonality is that each story involves witness protection in its plot.

When a young man much like her deadfather offers her protection, will trusting him bring another massacre, onethat takes her life too?

Elizabeth (Beth) Sanchez, daughter ofthe man who formed a militia and drove out the Del Rio Cartel, was the lonesurvivor after drug lord, Hector Suarez, retaliated, massacring the people inher town. Seven years later, Beth has an MBA, American citizenship, and isready to chase her dreams. While on a Big Bend hiking excursion, Bethencounters Suarez who is bent on killing the one remaining symbol of resistanceto his power, Beth Sanchez.
After once being called a coward, DrewWest has a mile-high chip on his shoulder and an impressive resume of fightingskills. He's ready to fight anybody, anywhere, especially if someone needsprotection. When Suarez tries to kill Beth in Big Bend, Drew humiliates thedrug lord and captures Suarez's little brother, Ricardo. Hector Suarez placesBeth and Drew at the top of his hit list. When a federal prosecutor offers Bethand Drew protection for their testimony against Ricardo, Beth fears a safehouse cannot stop another massacre. But Drew offers her a different option, hisprotection on a horse ranch half a continent away. But if Beth accepts Drew'soffer, there will be no marshal protection and no turning back.

Set near Big Bend National Park and inCentral Oregon, near the Deschutes River, NoTurning Back is a high-action, romantic-suspense story about love, courage,and the futility of human vengeance.

H. L. Wegley served as an Air Force Intelligence Analyst and a Weather Officer. In civilian life, he worked as a research scientist, publishing in the scientific literature, then developed Boeing computing systems for twenty years before he and his wife retired near Seattle. He is an award-winning author of inspirational thrillers and high-action, romantic-suspense novels.
Read more

4.8 out of 5 stars
4.8 out of 5
46 customer ratings
How does Amazon calculate star ratings?
Amazon calculates a product’s star ratings based on a machine learned model instead of a raw data average. The model takes into account factors including the age of a rating, whether the ratings are from verified purchasers, and factors that establish reviewer trustworthiness.
Top Reviews

Deanna Mosier
5.0 out of 5 stars Exciting, edge of your seat page-turner!
Reviewed in the United States on November 1, 2018
Verified Purchase
Another exciting romantic suspense from H.L. Wegley keeps you on the edge of your seat and turning pages to find out what more trouble they can get themselves into running from the drug cartel leader who is chasing them all the way from Mexico to Oregon! I have enjoyed all of the author's books and can't wait for the next one! He researches the geographic areas he writes about, and makes you feel like you are there in the story! Love his books!
Read more
2 people found this helpful
Helpful
Comment Report abuse

Kindle Customer
5.0 out of 5 stars Good Book
Reviewed in the United States on April 14, 2019
Verified Purchase
Another good read. This book was fast paced and full of suspense and action. The humor in the beginning was good. I always appreciate the spiritual growth of the characters.
Read more
2 people found this helpful
Helpful
Comment Report abuse

Julie Patterson
5.0 out of 5 stars Fast paced
Reviewed in the United States on March 4, 2019
Verified Purchase
This was another great book by H.L. Wegley. This was so fast paced and full of twists and turns, I had a hard time putting it down. I have read of this authors books and look forward to reading more of his books.
Read more
One person found this helpful
Helpful
Comment Report abuse

Kindle Customer
5.0 out of 5 stars Excellent
Reviewed in the United States on January 24, 2019
Verified Purchase
Loved this story it was so well written and contained just the right amount of suspense and romance. Now I need to go read more books by this author.
Read more
One person found this helpful
Helpful
Comment Report abuse

margie karraker
5.0 out of 5 stars Loved It
Reviewed in the United States on May 29, 2020
Verified Purchase
A very good story of drama, romance, danger and freedom. I loved the mystery and enjoyed reading about the danger without it becoming ominous! Also, a story of justice.
Read more
Helpful
Comment Report abuse

Elaine S.
5.0 out of 5 stars Get ready to sit on the edge of your seat!
Reviewed in the United States on June 3, 2020
Verified Purchase
this bookb has a mixture a of fear, suspense, survival, justice, love and most of all faith greater than a mustard seed. A wonnderful story that keeps you turning to the next page.
Read more
Helpful
Comment Report abuse

retiredaunt
5.0 out of 5 stars Good plot and great fun.
Reviewed in the United States on May 31, 2020
Verified Purchase
Thoroughly enjoyed both the humor and suspense. Surprised by how the good guys won and that is always a good thing for me. Happy to have found another new author to enjoy.
Read more
Helpful
Comment Report abuse

sandra smith
5.0 out of 5 stars Good Read!
Reviewed in the United States on April 10, 2019
Verified Purchase
Interesting storyline, believable characters and interesting weather events...i even was interested with the author's notes at the end of the novel.
Read more
One person found this helpful
Helpful
Comment Report abuse
See all reviews from the United States

Cyndi
5.0 out of 5 stars Can Drew really keep Beth safe from the drug cartels?
Reviewed in Canada on November 29, 2019
Verified Purchase
Mr Wegley ends this series with a real bang. My goodness the action is nonstop as Beth and Drew are on the run from the drug cartel that not only killed her father but her whole family. Beth has lived a life of secrecy, never letting anyone get too close. When she decides to go on a nature trip to Big Bend National Park she has no idea what that choice makes for her life. Not trusting anyone to protect her instead of going into witness protection she puts her trust in the young man that just saved her life. Another one of this author's exciting books that is full of action, suspense and romance. In the story we also learn how to put our total trust in God. The author has taken some true stories and his knowledge of the area to give us an awesome story that you will not want to put down. I really enjoyed this book and also the authors notes at the end.
Read more
Helpful
Sending feedback...
Thank you for your feedback.
Sorry, we failed to record your vote. Please try again
Report abuse