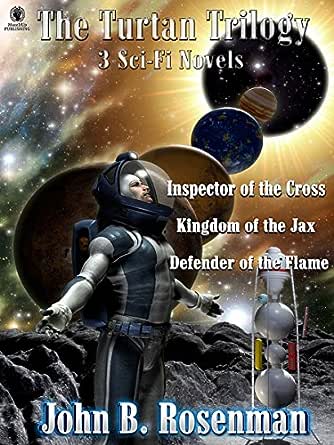 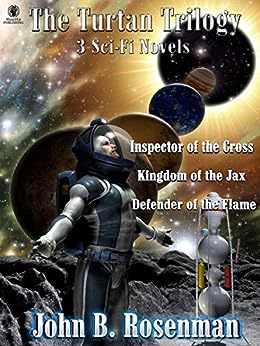 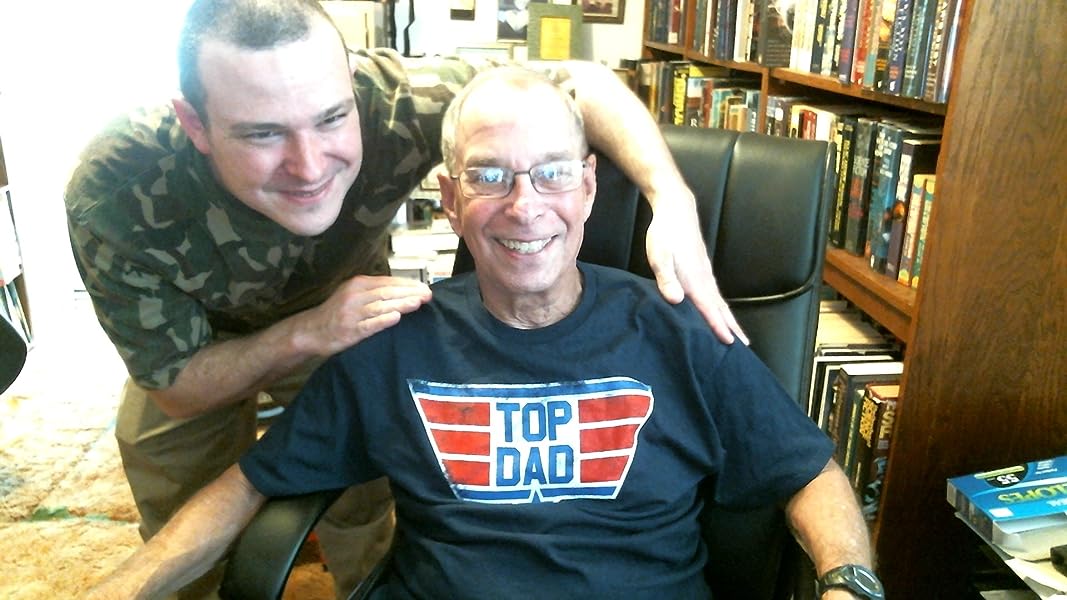 4.6 out of 5 stars
4.6 out of 5
18 customer ratings
How does Amazon calculate star ratings?
Amazon calculates a product’s star ratings based on a machine learned model instead of a raw data average. The model takes into account factors including the age of a rating, whether the ratings are from verified purchasers, and factors that establish reviewer trustworthiness.
Top reviews

Grady HarpTop Contributor: Children's Books
HALL OF FAMETOP 50 REVIEWER
5.0 out of 5 stars Turtan: A New Kind of Hero
Reviewed in the United States on November 16, 2016
Verified Purchase
Virginia Author John B. Rosenman loves to write horror and sci-fi fiction and he has been successfully doing just that for years. His training has been through Hiram College and Western Reserve Law School, then back to Hiram College for English courses and on to earn his MA and PhD in English from Kent State. He taught in Canada, then in a Southern black college where he wrote his first novel, and moved to Virginia to teach in Norfolk State University where he nurtured his love of horror writing as the editor of Norfolk State’s litmag, The Rhetorician, and editor/reviewer of horror poetry for John Betancourt’s horror news magazine, serving for two years, from as Chairman of the Board of HWA (Horror Writers Association) and the editor of Horror Magazine and Dark Regions. Impressive credentials for a man who has written hundreds of stories and books.
As John has stated, ‘Ask me why I write horror/dark fantasy, and I’ll say I do it because life itself is horror. Health and happiness are anomalies. Either nature or circumstance is always trying to kill or maim you, as when my wife developed breast cancer. (She’s fine now, thank you.) I love all kinds of horror, from splatterpunk to erotic to psychological to Lovecraftian supernatural. In general, I think subtle, suggestive horror that is ambiguous and open to interpretation, is the best. But hey, I’m not proud, and will be glad to gross you out if necessary. I do like to write about religion. “The Last Snowman,” for example, appeared in Iniquities and features a young boy who fights Satan in order to save the world.

John’s writing style captures the essence of the bizarre atmospheres his imaginative mind creates. Letting get to know his main character Turtan immediately sets the pace – ‘What a godforsaken hole, Turtan thought. Tall and lean, he stood in his cloak and bright purple tunic gazing hopelessly out a window of the Overlord’s palace at the sandblasted terrain of Sircon IV. The centuries old scouting report he had read hadn’t lied. If anything, the deadness of the planet exceeded even official expectations. It was a barren husk, an exhausted relic of a dim, glorious past when its traders had spanned the stars and forged a vast federation of merchants. Now the traders were gone, doubtless to greener galaxies, and only the burned-out embers of a legend remained behind. He turned, hearing footsteps. The white-robed figure approaching with a staff differed from the holos he’d seen of other Sirconians only in being more wizened. Barely four feet tall, the alien’s impassive features reminded him of a monkey’s. Only the eyes, bright with intelligence, belied the simian effect. “His Imperial Majesty, Overlord Lucan the Four Thousand, Three Hundred and Tenth, has graciously consented to give you an audience.” Before Turtan could answer, the alien turned and shuffled off. Turtan hesitated before following, amused by the other’s pomposity. His Majesty has graciously consented… Yet the number of past Overlords gave him pause. Over four thousand? Even the imperial line in ancient Japan amounted to only a tiny fraction of such a number.’ Flavor, mood, ideas begin to bloom.

This is a trilogy and for readers to gain access to the adventure, relying on the synopsis helps: ‘The Cen, a cruel alien race, has attacked humanity and only one man can save it. Turtan, an Inspector of the Cross Empire, travels in suspended animation to distant worlds in search of a weapon or device that can defeat the enemy and end the brutal five-thousand-year war. Because he travels in frozen sleep, this elite agent is technically four thousand years old and has outlived many lovers and generations of his children. It is a painful and terrible burden, but duty comes first and always he must move on. His mission is rendered even more difficult by his own leaders who sometimes oppose his selfless quest to save humanity. In Inspector of the Cross, Book 1, Turtan confronts the deadly, mysterious Godstone on Sircon IV and then travels fifty years to meet Zontena’s giant, game-obsessed birds. Next, he must journey one hundred ninety years to the lethal center of the enemy empire, somewhere no human has gone before In Kingdom of the Jax, Book 2, Turtan travels across the universe. On Turtan 8 he discovers a strange and unique alien race who name the planet after him, and on Lauren he tries to rescue a human colony imprisoned by vicious Cen. In Defender of the Flame, Book 3, Turtan returns to a glorious homecoming at the Academy where he graduated four thousand years before. He believes he has finally found a method to deliver the human race from the enemy. The question is, can his solution work, and will his superiors permit him to use it?’

Walking with Turtan through this epic is rewarding – endlessly fascinating and as rich a sci-fi experience as any out there. John knows hi s craft and it shows – very well indeed. Grady Harp, November 16
Read more
5 people found this helpful
Helpful
Comment Report abuse

Robin Surface
VINE VOICE
5.0 out of 5 stars Compelling and interesting to the end
Reviewed in the United States on November 26, 2016
Verified Purchase
The characters are great, the situations bizarre and entertaining and the story moves along nicely.

The author uses the mode of travel, which suspends the main character while time progresses, as a great way to move from one situation to another. This allows for the passage of massive amounts of time without bogging the story down. There's also lots of action and someone is always trying to kill the main character, who's viewed as a nearly immortal legend by both his people and the enemy.

The war in this story is also interesting, in that it's been wage for thousands of years between what I assume is Christians (or Earthlings) and the nearly emotionless aliens. Huge losses are experienced by both sides, but neither wants to stop. There is corruption and betrayal involved, which also adds interest to the story.

If you like a good space opera with interesting characters and good writing, plus the added bonus of getting 3 books for the price of one, then you should definitely check out this series.
Read more
2 people found this helpful
Helpful
Comment Report abuse

Ian J. Miller
4.0 out of 5 stars Highly entertaining SF
Reviewed in the United States on November 22, 2016
Verified Purchase
This story struck a note with early on because the emphasis on the background is scientifically plausible as opposed to resorting to "magic". Thus Turtan is an Inspector of the Cross, sent out into space to solve problems, and we start with him roughly 4,000 years after his birth. This is achieved through relativistic time dilation and a suspension of activity while travelling. Then net result of this is, wherever he goes, while there is a war going on between the Cross and the Cen, the former being Christians, the latter aliens, he has no idea what has happened in the last few hundred years. Equally, he cannot have a wife remaining at home, and the book explores the consequences of these two constraints on Turtan. Additionally, Rosenman has the knack of suddenly swinging the story in a new direction that makes a lot of sense when seen, but is quite unexpected until then.. There is a flaw. To become unexpected, the situations tend to become increasingly bizarre, and hence getting out of them starts to test the credibility. Worse, by the time we get to Book 2, Turtan has to negotiate situations that in Book 1 seemed bizarre, if not immediately important, but as the sequence proceeds, they become really deep holes. Think of this as great entertainment, and be entertained. Be too critical, and it will pale. Three books for the price of one is certainly value for money of you like this sort of story.
Read more
One person found this helpful
Helpful
Comment Report abuse
See all reviews from the United States