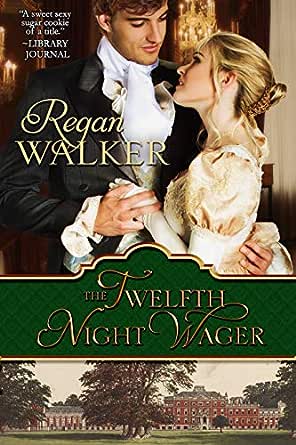 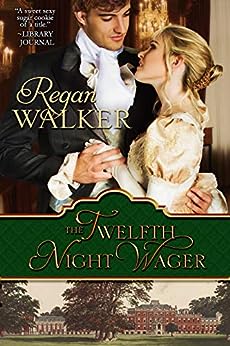 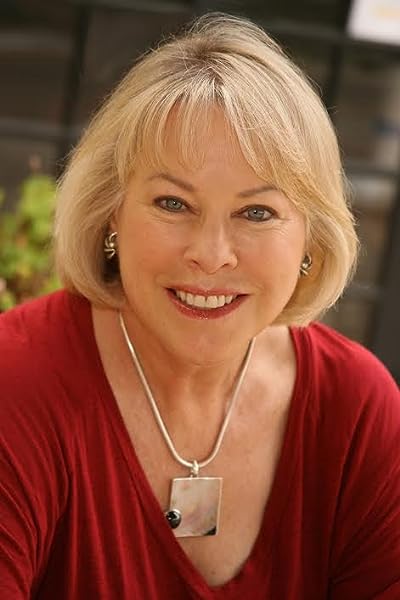 "Loved the sizzling attraction betweenthese two and the little Christmas magic that bought the two together. TheTwelfth Night Wager had everything I could ask for. Wonderful romance, likeablecharacters, and a sweet storyline!"  ~ Lilly Pond Reads

This story follows The Shamrock & The Rose, which is also set in London in 1818 and includes as acharacter Muriel, the Dowager Countess of Claremont, introduced inAgainst the Wind and featured in both this story, The Shamrock & The Rose and The Holly & The Thistle. --This text refers to an alternate kindle_edition edition.

4.3 out of 5 stars
4.3 out of 5
55 customer ratings
How does Amazon calculate star ratings?
Amazon calculates a product’s star ratings based on a machine learned model instead of a raw data average. The model takes into account factors including the age of a rating, whether the ratings are from verified purchasers, and factors that establish reviewer trustworthiness.
Top Reviews

Barbara McCarthy
5.0 out of 5 stars I love the characters in this story
Reviewed in the United States on March 5, 2017
Verified Purchase
I love the characters in this story, some of which are to be found in their own books as well. Lady Grace is a young widow just about to come out of her period of mourning, and the timing is perfect for the Redheaded Rake who has accepted a wager that he can seduce her, bed her and then most importantly, walk away all before the Twelfth Night festivities. It doesn't give him too much time but considering he's a "Rogues, Rogue" he doesn't have any qualms about winning the 1,000 pound wager Lord Ormond has placed on the book at White's men's club. Before very long all the "ton" is guessing who the woman in the bet is since it's a huge secret. But Lord Ormond has told his wife and she has told Lady Grace who doesn't let on she is aware when Lord Christopher Ives meets her and the fun begins for real at a week long country house party. Just before she leaves for the party though, a stranger shows up at her London home demanding money or he will make public something he holds from her late from her late husbands past. She needs help, but who can she trust ? This is a well written story with well researched historical characters and places intermingled with a fictional plot and romance. Well worth the read, as are all Regan Walker's books.
Read more
7 people found this helpful
Helpful
Comment Report abuse

Dee Foster
5.0 out of 5 stars The Wager
Reviewed in the United States on February 22, 2015
Verified Purchase
Offended with his friend's, Lord Hugh Ormond, description of his life and wanting a challenge, Christopher St. Ives, Viscount Eustace, accepts Hugh's wager that he cannot seduce & walk away from a lady of Hugh's choosing before Twelfth night.

Lady Grace Leisterfield is just coming out of mourning for her elder husband. With the Christmas season the house is feeling very empty Grace decides it's time to return to society. Having been warned of the wager between Viscount Eustace & Lord Ormond (by none other than Lady Ormond) helps prepare Grace for her inevitable meetings with the Viscount. Or so she thinks.

Grace learns of a secret that her husband was hiding, one that could damage her stepson's reputation as well as her own, when she is approached by someone attempting to blackmail her. Overhearing the blackmailer threatening Grace, Christopher questions Grace, determined to find out who is blackmailing her & why. Realizing that there is some kind of connection between them despite the wager, Grace confides her husband's secret. Christopher vows to help and protect her & silently questions why the idea of someone hurting Grace and why he's determined to protect her.

When the unexpected happens they flee to a hunting lodge belonging to Lord Ormond until things settle down. Christopher has vowed to Lord & Lady Ormond and Grace that the wager is on hold and he will not attempt to seduce Grace. Grace, having made the decision to sleep with Christopher despite the wager and his vow, she then makes the decision to leave him first; therefore giving Christopher the loss in the wager. Will the wager continue to be between them or will Christopher realize he's losing the one woman he can love and try to win Grace's love?

Regan Walker does an outstanding job of making the reader fell as if they are in the story. She injects humor and, of course, romance without the story feeling forced. She has quickly become one of my favorite authors of historical romance.
Read more
4 people found this helpful
Helpful
Comment Report abuse

Mary Kay McConnell
5.0 out of 5 stars The Twelth Night Wager
Reviewed in the United States on April 29, 2014
Verified Purchase
Just who is the object of a wager between ladies' man, Lord Eustace and Lord Ormand that Eustace can seduce, bed, and walk away from a certain lady of Ormand' s choosing. All of London society is trying to find out who it is. Eustace was seen with a number of women all of whom hoped they were the one, but that was all to protect the idenity of Lady Grace Leisterfield who was a widow just out of mourning her late and much older husband's death. She has a 15 year old stepson who she considers as a younger brother. The Lord and Lady meet at the theatre during an interval and h
for Eustace the race is on. Grace has heard of the wager, and was on her guard. When she is suddenly blackmailed, something that could destroy not only her, but her stepson as well, she is wondering who she can turn to for help. She attends a weeklong party that Eustace also attends and they are drawn to each other. Eustace inadvertently learns of the blackmail and offers to help deal with the man involved. When they arrive, he has been shot dead and they leave to escape speculation and enquiries by the police. They do fall in love, but while they are returning to London, she gets cold feet and fearing she is going to be dumped, she dumps Eustace, thus causing him to lose the bet. He does not want to lose her and does all he can to convince her that bet or no bet, he loves her and wants to marry her. He does and now bets are being set as to when their first child will be born! This book was a fun read and fans of Regan Walker are sure to like this book as well. Readers who like Recency romances and Christmas themed books should give it a,try as well. I like her books very much.
Read more
6 people found this helpful
Helpful
Comment Report abuse
See all reviews from the United States

carolb
4.0 out of 5 stars Enjoyable Read
Reviewed in the United Kingdom on January 12, 2020
Verified Purchase
Wasn't sure I liked the hero at first, but he quickly redeemed himself and as the story progressed it became an enjoyable read. Will probably read the other books in the series.
Read more
Helpful
Sending feedback...
Thank you for your feedback.
Sorry, we failed to record your vote. Please try again
Report abuse

The Twelfth Night is the first book I read by author Regan Walker and I’m very much afraid she now has a new fan. Her characters are well-developed; her descriptions made me feel I was there, with everyone. All in all, I truly enjoyed this book and I can’t wait to read her other books. In fact, I have another one to be started soon – The Red Wolfe’s Prize.
Read more
One person found this helpful
Helpful
Sending feedback...
Thank you for your feedback.
Sorry, we failed to record your vote. Please try again
Report abuse

countrygirl
5.0 out of 5 stars An Excellent Read
Reviewed in Canada on December 7, 2015
Verified Purchase
A stellar story, witty prose, and characters that you will love (some familiar, some not), are what you will find in this must-read book. I highly recommend that you not miss out on this excellent read!
Read more
One person found this helpful
Helpful
Sending feedback...
Thank you for your feedback.
Sorry, we failed to record your vote. Please try again
Report abuse