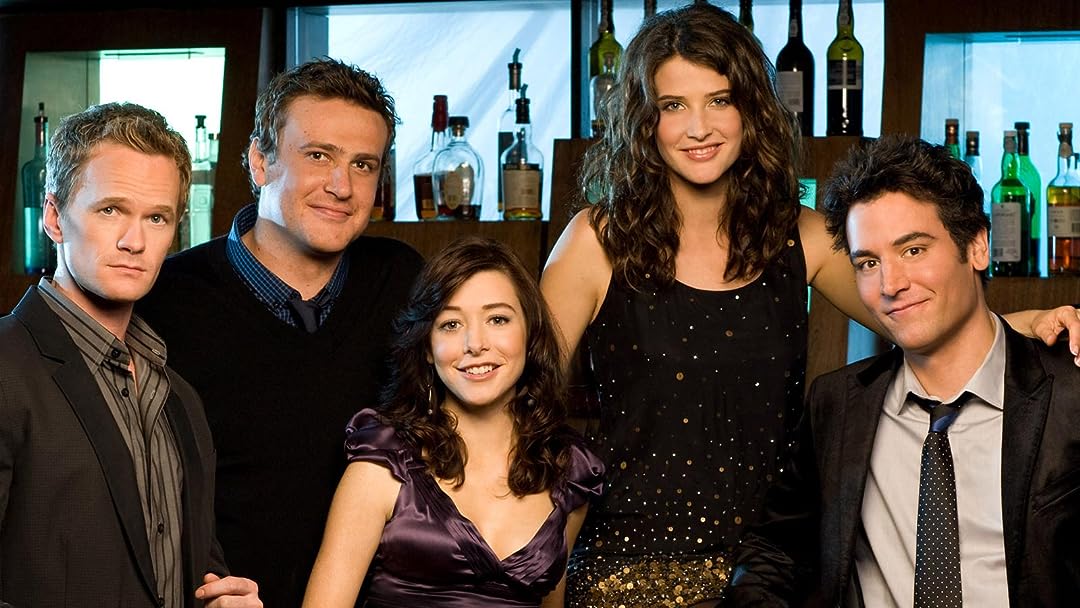 How I Met Your Mother

(2,084)
8.32013X-RayTV-14
How I Met Your Mother is back for a hilarious eighth season and continues with the story of how Ted fell in love. It all started when Ted's best friend, aspiring environmental lawyer Marshall, proposed to his college sweetheart, Lily, a kindergarten teacher. Now that the two have had a baby, Ted realizes that he had better get a move on it if he too hopes to find true love.

Lee B. BergerReviewed in the United States on August 21, 2017
5.0 out of 5 stars
I'll Save You!!! Da Da Da DAAAAAA!!!
Verified purchase
Hello!
I have rarely written a long customer review. Not only am I trying to practice writing more often, but I like to save people from their own decisions on a regular basis. This is one of the best shows I have ever seen. I'm an expert. More so than those people who write the "best TV ever" lists. I am just old enough to have been around TV for long enough to see many, many 1/2 hour comedies.

Besides being funny there are TWO things that make great short comedies.
1) The correct characters say the correct jokes. Writers will think up jokes and then hand them out to whomever. Friends did this.....not always, but enough to NOT put them on a list. I Love Lucy did this too often too. those two show are great in their time, but NOT the greatest.
2) The shows have to be lasting...not just timely. In other words..Once you know the characters, the show is still funny regardless of the decade, fashion, or time. Barney Miller is expert at this. Easily top two shows. (Some of my highest...in no particular order are: Barney Miller, Mash, TAXI, Cheers, All In The Family, Two and a Half Men (minus four seasons ..now I am cheating).

Back to saving people:
---Do NOT watch the final episode in Season 9.
I would LOVE to unwatch a LOT of season 9, but some of it is relevant and fun. Some of what happens in the final season does not fit the characters, and the protagonist (the least favorite character) goes into full whine (beyond how he is the rest of the series)
---But the final episode really brings the characters down... not just because people do not LIKE how it ended, but because the characters show so much change and intelligence throughout the series, that the last episode goes against the strengths, personalities, and growth that the characters have and have made until this point. DO NOT watch the final episode. You cannot unsee it.
hmmmm... maybe "unsee" does have its place in the world? Maybe it was invented just for this shows last episode.

This is the best I can do to convince you not to watch the final episode without spoilers. I am soo tempted to spoil the last episode so you DO NOT watch it, but then, like me, it will be ingrained in your psyche, and, like me, the show will be ruined.

Maybe I can go to a hypnotist and have the last episode erased from my pea brain.

What happened here is a money sqeeeeze... to get out a final season. They forced too much in..to fast.

ifallsupstairsReviewed in the United States on September 14, 2019
5.0 out of 5 stars
And the finale ep cliches it all together
Verified purchase
Huge fan of HIMYM here. But I find my self often looping re-watching up through season 5 for the most part. I recently pushed on in a series re-watch through to the end and well, I am doing a brief pause after ingesting season 8 to say, that while part of the season was a poor development and sometimes bland in humor.. the last couple of episodes and the finale really wrapped the season up well. Those last couple of episodes served as a reminder of where the series rings best. A story about friends and the changes they are going through. And those later episodes were able to portray some more difficult themes with its charming on and off humor to cut at the the more serious bites. Re-examination of this season 8 has helped me re-appreciate the series and its ultimate direction it took in its last season 9.
One person found this helpful

KatieReviewed in the United States on January 5, 2020
5.0 out of 5 stars
One of my favorite tv shows.
Verified purchase
If you haven't seen HIMYM, you are missing out on one of the best written comedy shows I have ever seen. The jokes are clever, the plot lines eloquently laid out, and the characters lovable. This is definitely a PG-13 show, but only for the very frequent innuendos/suggestive topics and occasional language (no F bombs though). Lighthearted, fun, and addicting. I have rewatched this show many times and it never gets old. 100% recommend.

leikela44Reviewed in the United States on May 21, 2013
4.0 out of 5 stars
I never get tired of it
Verified purchase
I know a lot of people get tired of shows as they wind down, but I just never get tired of HIMYM. I feel like the characters only get deeper by the 8th season and it makes me sad that we don't get to watch it forever even past the "meeting". I still find it just as funny and rewarding. For an 8th season, I liked that although there was the major story lines throughout, there were still individual shows with sillier lighter-hearted side stories. It does get old when they do TOO much of just the main stuff. SPOILER: Barney's proposal was amazing. I can admit I was a total girl and cried. The ONLY reason I took off 1 star is I don't like the Ted/Robin stuff STILL dragging out when we know he doesn't end up with her. Get over it Ted!
3 people found this helpful

trwReviewed in the United States on October 17, 2012
5.0 out of 5 stars
Funniest show on TV right now
Verified purchase
Season Seven left me holding my breath when I saw that Barney and Robin were about to get married; I had been waiting in anticipation for season eight, and it has not disappointed thus far. It's still as smart and funny as it's always been. I think my favorite thing about the show is it stays pretty light with "just enough" drama at times. It never leaves me feeling sad like some shows do, even when the characters go through their breakups, the writers still manage to keep it from being devastating. For example, I didn't like seeing Robin and Ted break up, but when Robin and Barney hooked up, I was all for it. I can't wait to see how the story of how they ended up engaged unfolds. I definitely recommend How I Met Your Mother for anyone who loves a good laugh, and can enjoy watching a group of friends live their lives in a hilarious way.
One person found this helpful

Dan DreifortReviewed in the United States on October 11, 2012
4.0 out of 5 stars
You can really tell they're starting to wrap it up
Verified purchase
Dish Network was fighting with local CBS affiliate for a couple weeks so I had to catch up online. Next time something like that happens to you call and threaten to switch providers. Got about $100 in credits and my station back. Deal! So, this HIMYM episode. Pretty good. Almost sounds like they've toned down the laugh track a little this season in response to the near-universal over the top complaints. Fun note: went to high school with series co-creator Carter Bays. We were both in the band and went on a trip to Germany where I snapped a pic of him asleep (hungover) on a bus with a banana, a tounge depressor and some other items in his mouth. Ah... Good times.
One person found this helpful

San Diego GaryReviewed in the United States on March 1, 2013
4.0 out of 5 stars
Amazon cuts off the first few seconds!
Verified purchase
I rented the "standard definition" (aka 480i) Season 8, Episodes 2 through 6 last weekend. The overall quality of the downloads was good, but the first few seconds of each episode were not included. I tried to rewind, but the content is not there. So only 4 out of 5 stars!

If you are a fan of the show, you know the narrator (Bob Saget) talks to his kids at the beginning of most episodes, and tells them what the episode is about. You'll miss that! It's a simple sit-com though, so you'll eventually figure it out, but it's a little dissapointing. I think Amazon's "auto-rip" machine needs to do a better job!
2 people found this helpful
See all reviews
Back to top
Get to Know Us
Make Money with Us
Amazon Payment Products
Let Us Help You
EnglishChoose a language for shopping. United StatesChoose a country/region for shopping.
© 1996-2022, Amazon.com, Inc. or its affiliates