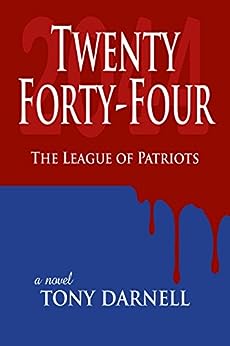 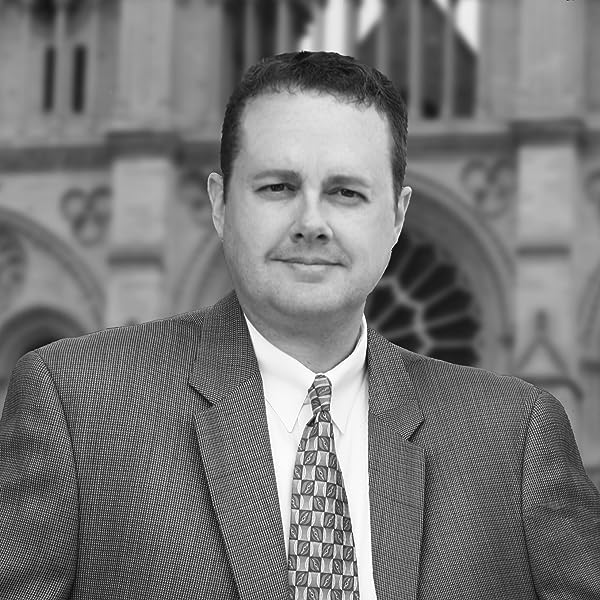 by Tony Darnell (Author) Format: Kindle Edition
See all formats and editions
Sorry, there was a problem loading this page. Try again.
Twenty Forty-Four: The League of Patriots is a disturbing view into the future, of a society where a single political group has almost complete control over every aspect of the daily lives of the citizens. This political group is known as the Party, and the citizens they control welcome the promise of security over freedom. The people are completely unaware of the liberties they have relinquished under the guise of equality for all.

A covert group, known as The League of Patriots, seeks to overthrow the government and return the country to a place where the citizens enjoyed and revered the freedoms and liberties of the past. The mission isn’t an easy one, as the Party will certainly imprison or kill any of the participants if they are discovered.

David Gagnon faces a dilemma. After deciding to join the League of Patriots, he is offered a promotion at work which includes a higher salary and a beautiful assistant. Struggling to achieve his mission objectives, he is torn between fulfilling his duties and cultivating a relationship with Stephanie. Will he be able to complete his part of the mission before being captured or killed by the Party, and will the League of Patriots be able to restore freedom and liberty to his country?

The series explains how society could evolve to a state where every action is monitored and recorded, where there are no written laws, and even negative thoughts against the Party are a crime. Twenty Forty-Four looks into the future and explains how society could succumb to total government control over every aspect of life, unless The League of Patriots succeeds in their mission.
Read more
Previous page
Next page

Tony Darnell is an information technology professional, and has followed politics since the early eighties. He is the author of a popular technology blog, and Twenty Forty-Four is his first novel, with a sequel in development. Tony grew up in a small town in middle Georgia, and lives north of Atlanta with his wife and two children.

Twenty Forty-Four: The League of Patriots was inspired by George Orwell’s Nineteen Eighty-Four and Animal Farm, as well as Frédéric Bastiat’s The Law.

Tony's first book, &quot;Twenty Forty-Four: The League of Patriots&quot;, is a dystopian novel written as a prequel to Orwell's 1984. Set in the future, it explains how our society and government will become exactly as Orwell described - where the former UK, now part of a multi-contenent stated named Oceania, is ruled by the &quot;Party&quot;, who employ the &quot;Thought Police&quot; to persecute individualism and independent thinking.

Finally, his third book, &quot;The Election Crimes of Donald J Trump&quot;, is a satirical book aimed at the infamous Robert Mueller investigation into the so-called (and yet unfounded) &quot;Russian Collusion&quot; into the 2016 Presidential elections. (spoiler: the book is blank).

A sequel to Twenty Forty-Four is in the works, and should be published in 2019. Tony works in the information technology industry and resides near Atlanta with his wife and two sons.

Don Estes
5.0 out of 5 stars Delicious novel by Tony Darnell
Reviewed in the United States on September 10, 2015
Verified Purchase
Twenty Forty-Four: The League of Patriots is an extremely well-crafted novel by Tony Darnell. The writing is SUPERB and the action, suspense, and paranoia is palpable from characters set in a future where one political party, the Blue Party, rules supreme.
I remember in 1984 when TV pundits unamimously declared that George Orwell's nightmare described in his great novel, nineteen eighty four, had not arrived. I disagreed: to me Orwell's "1984" was set in concrete by 1969.
In Tony's 2044, will the League of Patriots succeed in restoring Liberty and the Rule of Law; or will the state of affairs remain where: "Individual responsibility died a long time ago and was replaced with individual dependency." ???
If you liked Ray Bradbury's Fahrenheit 451 and Orwell's 1984, then you'll love Twenty Forty-Four: The League of Patriots. Expect surprises!

Fenway1
4.0 out of 5 stars Great Reading Experience. Thanks Tony!
Reviewed in the United States on May 21, 2015
Verified Purchase
I thoroughly enjoyed this book. Presented a very sobering look into the "not-too-distant" future at what it would be like having a one party system. It is already sad IMHO that with all the people in this country it always seems to boil down to the "best of the worst" (especially when it come to presidential elections). I know full well that the almighty dollar rules everything in all aspects of life and it is that that probably keeps many worthwhile people out of a position where real changes can be made.
That aside though, hats off to Tony for a great reading experience. This book captivated my interest from the turn of the first "electronic page" right until the very end. Have to admit that the ending did take me by surprise which is always a plus for me when reading a book.
Thanks Tony. Eagerly looking forward to your future literary offerings :)
Read more
One person found this helpful
Helpful
Report abuse

Javier Rivera
4.0 out of 5 stars Definitively a good read
Reviewed in the United States on May 9, 2017
Verified Purchase
I would recommend you this book if you liked 1984. Despite it has a lighter tone and the story has a few Deus-ex-machina moments, I really enjoyed how it is written and the plot twists.
Read more
Helpful
Report abuse

Ronald E. Thompson
5.0 out of 5 stars A great read!!!
Reviewed in the United States on February 24, 2015
Verified Purchase
Written very clearly,I found it hard to put it down. Eye opening if you are not following closely with what is going on with our country today!!!
Read more
3 people found this helpful
Helpful
Report abuse

Kimbrle J. Matherly
5.0 out of 5 stars Five Stars
Reviewed in the United States on March 20, 2015
Verified Purchase
Fabulous book for those in the dark or their heads in the sand.
Read more
2 people found this helpful
Helpful
Report abuse

Serenity...
HALL OF FAMETOP 100 REVIEWER
4.0 out of 5 stars ~~Revolution for a new beginning~~
Reviewed in the United States on January 5, 2015
David is a Benefits Resource Representative and is awaiting his mandatory retirement in two months. He has worked at this job for 25 years and is 47 years old. He is thinking seriously of moving out of the Blue Zone after he no longer has to report to work. David's job consists of going around to different hospitals on a set schedule to ensure all is running smoothly and also to take orders if anything is needed. No one ever orders anything from him but David still has to meet with them to satisfy his boss. Imagine David's surprise when he is approached by Tim during one of his hospital visits to participate in a "covert" operation. Recruitment of personnel is the main mission for his new assignment. If this secret operation is discovered, he could be imprisoned for 20 - 30 years. As a result, he decides to stay on with the Party and is given a substantial raise with many nice benefits. Plus, Stephanie, a young lady is his administrative assistant. This is the background for this novel.

David (with Tim's guidance) realizes that the society he has been living in for so many years is monitoring everything. Cameras are everywhere and newspapers are controlled as is the rest of the media. Holidays have been banned for two decades so one is able to envision the amount of control the Party holds. The light comes on in David's head and he becomes paranoid while completing the tasks that Tim gives him. There are three phases to this plan and supposedly David will only be involved in the first one. A revolution is afoot and hopefully change is in the air!

The ending of this book took me by surprise which I always appreciate. I thought the descriptions of the Red Zone and the manner in which the people lived were well done. The differences between the Blue and Red Zones were also covered in great detail throughout the book. Stephanie provided the reader with a distraction from the business at hand. My only small criticism is that the book seemed to "drag" a bit in the middle part. The ending, however, contained enough action to make up for the slow parts.

Highly recommended.
Read more
4 people found this helpful
Helpful
Report abuse
See all reviews
Back to top
Get to Know Us
Make Money with Us
Amazon Payment Products
Let Us Help You
EnglishChoose a language for shopping. United StatesChoose a country/region for shopping.
© 1996-2021, Amazon.com, Inc. or its affiliates