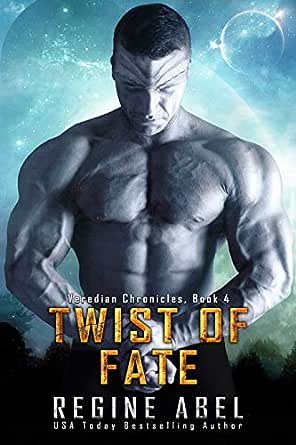 You've subscribed to Veredian Chronicles! We will preorder your items within 24 hours of when they become available. When new books are released, we'll charge your default payment method for the lowest price available during the pre-order period.
Update your device or payment method, cancel individual pre-orders or your subscription at
Your Memberships & Subscriptions
There was an error. We were unable to process your subscription due to an error. Please refresh and try again. 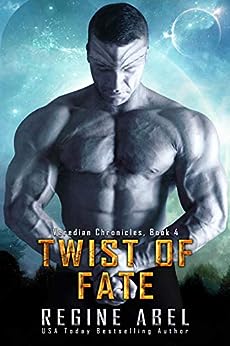 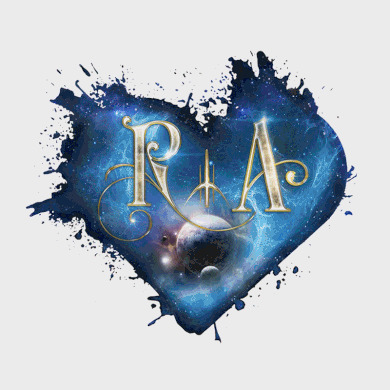 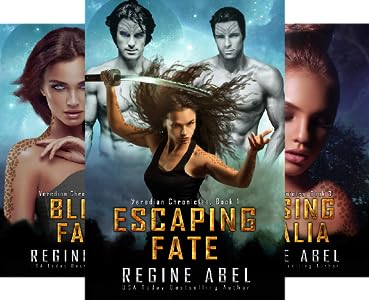 Serena B
5.0 out of 5 stars Each and every book just gets better , and BETTER !!!!
Reviewed in the United States on August 8, 2018
Verified Purchase
I can simply NOT at enough about this Author !! This entire series has me salivating for MORE !!!
This book tells the story of 1st Officer Ghan, and his fate as a Tainted. This story made me hurt for Ghan, and the rest of the Tainted, made me laugh at some of the antics of the children, and made me happy to read about old friends from the previous books. There is u required love and fulfillment and mysteries brought out of the shadows....
Aliena has been hiding a ginormorus secret , and when she least expects it , her life takes twists and turns that she is not quite ready for !
One of the things I love most about Regine Abel's writing , is how she includes those that came before in previous books and keeps the storyline moving like a well oiled intricate system !!
Tackling such subjects as Slavery , and a sort of Caste system, Hybrid beings and Contraband are just a few of the situations our hero's and heroines find themselves a part of. And I think that all of these stories are told Brilliantly! I also am enamoured of how new characters are woven into each and every story, and I am anxiously waiting for MORE !!! LOVE THIS SERIES !!!!
Read more
3 people found this helpful
Helpful
Comment Report abuse

Twist of Fate allows us to have more of a peek into the past. If you haven't read Raising Amalia, be sure to do so as there is a lot of backstory that wouldn't make sense otherwise. But you'll get hit with the feels., so have tissues! There are a bunch of the past characters who also make an appearance, and we get to see through Amalia's eyes once more. Ah Gruuk and Maheva...

This had suspense and actions, and quite a few surprises. I was not happy about one surprise in particular. And it was a big one. I won't give it away, but it really did make me mad, haha. I was seriously disappointed and it made me lose a lot of interest in this person.

As for the heroine, I had some issues with her personality, especially early on, but it thankfully got better by the end. This is mostly a personal like/dislike when it comes to heroines for me, so if you love the strong, take charge, don't need a man kind of heroine, then you'll love her. For me, these kinds of heroines grate on my nerves. So I was happy to see her giving up some of that control later on, and seeing what it was doing to Ghan.

Jannie
5.0 out of 5 stars Highly recommended!
Reviewed in the United States on July 3, 2019
Verified Purchase
The Veredian Chronicles is an epic series. Although “Twist of Fate” can be enjoyed as a stand alone, the reader will get far more from the story by reading the entire series. Ghan Delphin and his love are a major focus of this story, but nearly everyone featured in previous books plays an important role here. It’s an incredible adventure, with secrets revealed, learning to compromise (not easy!), major successes in their goals, and hybrid children growing and learning skills. I do so adore those children!
There is so much to admire about this story - I recommend it!
Read more
2 people found this helpful
Helpful
Comment Report abuse

Kindle Customer
4.0 out of 5 stars Still never found out who the mole was...
Reviewed in the United States on February 25, 2019
Verified Purchase
Hopefully there will be more books in the series as the ending was left very open. What's going on with Mercy? What happened to the missing-but-to-be-found-someday twins? Do the Titans bring war or peace? Do t by e Guldans or Korletheans being war? Do they ever cure the taint? And who the heck was the secret informer on Xelix? Inquiring minds want to know! But, seriously, still some editing concerns but generally better with each book.

Kindle Unlimited Customer
VINE VOICE
5.0 out of 5 stars Happy ending? for all
Reviewed in the United States on May 9, 2018
Verified Purchase
It seems that this major plot arc has come to a close or at least about to. There are a few things that need / can be wrapped up.

I am wondering about all the "Titans" and how their lives will be when they grow up. It will be interesting to see exactly how powerful they will become.... And if they we be forced to have a "Haven" for themselves.

I enjoyed the book. I hope for more of the series - love the different races and how the main characters interact.
Read more
One person found this helpful
Helpful
Comment Report abuse

R. Williams
5.0 out of 5 stars Wonderful addition to the series!
Reviewed in the United States on May 25, 2018
Verified Purchase
Wonderful story with well written characters! This author has an amazing ability to make three dimensional characters and wonderful stories that are engaging and heart felt. I loved this book! If you haven't read this series by Regine Abel, you are missing out! I highly recommend these books and this author!
Read more
One person found this helpful
Helpful
Comment Report abuse

Chrissi
5.0 out of 5 stars Loved it!
Reviewed in the United States on October 12, 2018
Verified Purchase
I loved this book and the previous books in this series! The author has created a rich and interesting world, with fabulous characters and storyline that has so many twists and turns you may just get dizzy. A few questions remain, so I am hoping this isn't the last in the series.
Read more
One person found this helpful
Helpful
Comment Report abuse

Lisamarie Tree
5.0 out of 5 stars Soo satisfying
Reviewed in the United States on July 31, 2019
Verified Purchase
Fans of this series will enjoy Ghan getting his just reward. Good love story with a fascinating backdrop of two cultures attempting to come together peacefully. Plus sexy times!
Read more
One person found this helpful
Helpful
Comment Report abuse
See all reviews

Kindle Customer
3.0 out of 5 stars Twist of fate
Reviewed in the United Kingdom on July 20, 2019
Verified Purchase
It is like many others on the market. The story plot is a ok considering the price is about right.
Read more
Report abuse

Leisha Andrews
5.0 out of 5 stars A great read
Reviewed in Australia on November 12, 2019
Verified Purchase
I found Regine Abel when I read the Pets in Space book 4. Brilliant. Loved her writing so I went and bought all her books and I have thoroughly enjoyed reading each one. Well written, good storyline, creative world building.... each one was great to read. I’m looking forward to reading more of her work.
Read more
Report abuse

Pamela Taylor
5.0 out of 5 stars Still Awesome
Reviewed in Australia on June 9, 2019
Verified Purchase
What a great book, the storyline continues to hold your interest to the point where it is hard to put down but I also had a lot of my questions answered which was very satisfying.
Read more
Report abuse
See all reviews