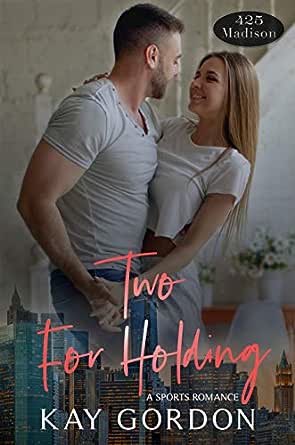 You've subscribed to 425 Madison Ave! We will preorder your items within 24 hours of when they become available. When new books are released, we'll charge your default payment method for the lowest price available during the pre-order period.
Update your device or payment method, cancel individual pre-orders or your subscription at
Your Memberships & Subscriptions
There was an error. We were unable to process your subscription due to an error. Please refresh and try again. 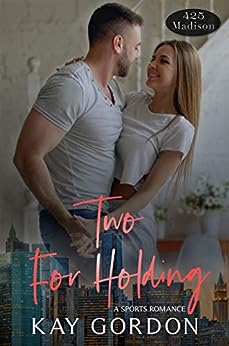 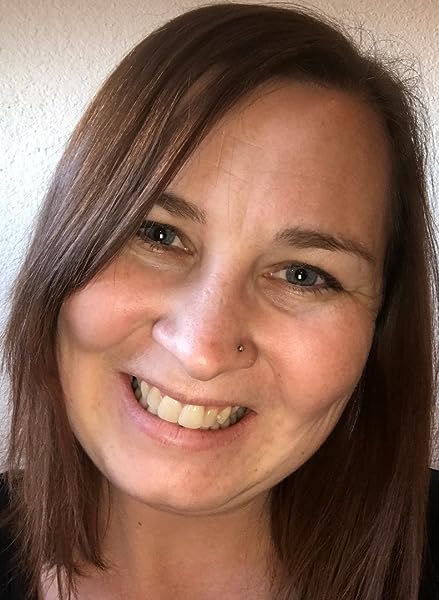 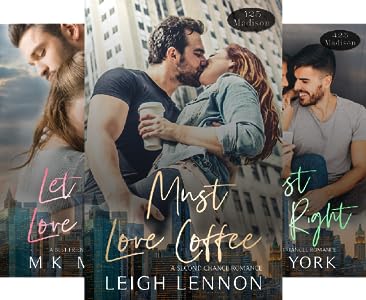 4.7 out of 5 stars
4.7 out of 5
97 global ratings
How are ratings calculated?
To calculate the overall star rating and percentage breakdown by star, we don’t use a simple average. Instead, our system considers things like how recent a review is and if the reviewer bought the item on Amazon. It also analyzes reviews to verify trustworthiness.
Top reviews

Leslee Nevill
5.0 out of 5 stars Consuming!
Reviewed in the United States on April 4, 2019
Verified Purchase
Savannah was thrilled that a patient had given her tickets to the Titans hockey game. They were her son's favorite team and Porter Harrison was his absolute favorite player. When Porter spots her son in the crowd and throws him a puck, she is overjoyed. When they run into each other a few days later, it feels like fate. Can a single mom trust in love and get used to being in the spotlight with a hockey star?

The 425 Madison series is awesome and Two for Holding was simply amazing! I loved how Savannah and Porter meet. Porter is a really good guy and he is head over heels for Savannah right from the get go. Savannah didn't think he could be interested in dating a single mom but he quickly shows her how much he wants her in his life. I had not read any books by Kay Gordon before and I have to say, I will be following her from now on. These characters are so real from the first page that I couldn't help but love them and want them to be together. Even Savannah's son is so genuine and Porter shows how much he cares for the boy in his own right. I consumed this book in one sitting and was quite sad to say goodbye to them. 5 stars for Savannah and Porter!
Read more
Helpful
Report abuse

Rebecca Berland
5.0 out of 5 stars Sweet and Heartwarming
Reviewed in the United States on June 23, 2019
Verified Purchase
Such a sweet and heartwarming book that fills your heart with joy. You can't help but feel as though you are in the lives of the characters
Read more
Helpful
Report abuse

Cynthia
4.0 out of 5 stars Super Sweet
Reviewed in the United States on April 8, 2019
Gah! The 425 Madison series does it again! Two for Holding is a super cute story that will leave you wanting hour own jockey player.

Savannah is a nurse with a 5-year-old son. She has no plans for a new man, but when she takes Logan to a jockey game and she meets Porter Hammilton, star player, things start changing.

Porter is long past the womanizer days. When he sees an adorable kid in the game and his mother, he can’t stop thinking about them and goes out of his way to meet them.

Porter and Savannah meet and sparks fly! I really enjoyed that their relationship was fast but so natural. They both let things work out their own way and their feelings seemed to be developing nively. It was the perfect timming for both of them.

Another thing that was really good was that Savannah’s ex wasn’t a total jerk. He wasn’t perfect but he was still present for Logan and was a Dad despite all his faults. And their relationship seemed to be on good terms so that was new and good to see.
And talking about exes, Porter’s ex was also a total sweetheart! So this book was cute all around. Even the others girlfriends and wifes from the team were all very nice.

Two for Holding has a good pace that will keep you reading until the end. The characters are to like and you can’t wait to get to their happy ending. I enjoyed his they found a way to work around both jobs and priorities.

The only thing that bother me a little was Logan’s behavior. For a 5 Year old, he was very mature and his speech wasn’t very consisting with his age. But he was a great addition to the story and ultimately the thing that puts Porter and Savannah together.

I can’t wait to see more about the residents of 425 Madison.
Read more
Helpful
Report abuse

Kristen - Seeing Night
4.0 out of 5 stars Great Sports Romance
Reviewed in the United States on April 8, 2019
This was such a great story! My second in the 425 Madison series, as well as new to me author Kay Gordon, who just earned a new fan. I love sports romance, but even more so when little kiddos are involved and can turned a big alpha male into mush.

Two for Holding follows Savannah, a single mom who absolutely adores her son Logan, who is a big fan of Hockey and the captain of the local team Porter. While watching a game, Savannah meets Porter by chance, immediate sparks happen when he gives her son a kind gift, after another fan steal her sons gift from Porter. Both Savannah and Porter's life changes when the single mother is shown what it means to be with someone famous and what it means to have to choose love of protecting your family.

Porter is highlighted as a man-whore, but frankly I didn't really get that vibe from him. He had a tough divorce, in a sense, as his ex couldn't handle his schedule and traveling. Luckily he and his ex are on good terms and they grew up, but Porter hasn't found that happiness yet, until he meets Savannah and her cute and smart son Logan. I really liked Porter, I didnt get the full of himself, jokey appeal that most authors shoot for when it comes to athletes. He loves his job, his friends and Savannah and Logan become this light that he didnt know he was missing.

Savannah is a tough as nails and dedicated momma bear, she lives and breathes for her son, who in turn is the best kid around. Logan 's father is still in the picture but only a little, he has personal issues and gambling, even if he loves his son, his first priority isn't him. Savannah is not ready for what it means to date a well known athlete. She is pushed into the limelight along with her son, which adds a lot of challenges.

Overall I liked the simplicity of the story, it may be predictable for some, but for me it was something I really needed. I've been stuck in a rut and finally found a book that I really enjoyed and characters who were sweet, had some smoking hot romance and had the most adorable kid ever.
Read more
Helpful
Report abuse
See all reviews