You've subscribed to Riding Hard! We will preorder your items within 24 hours of when they become available. When new books are released, we'll charge your default payment method for the lowest price available during the pre-order period.
Update your device or payment method, cancel individual pre-orders or your subscription at
Your Memberships & Subscriptions
There was an error. We were unable to process your subscription due to an error. Please refresh and try again. 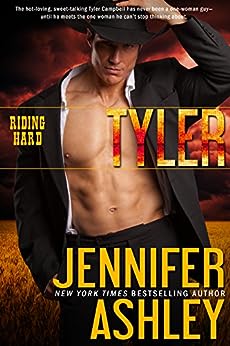 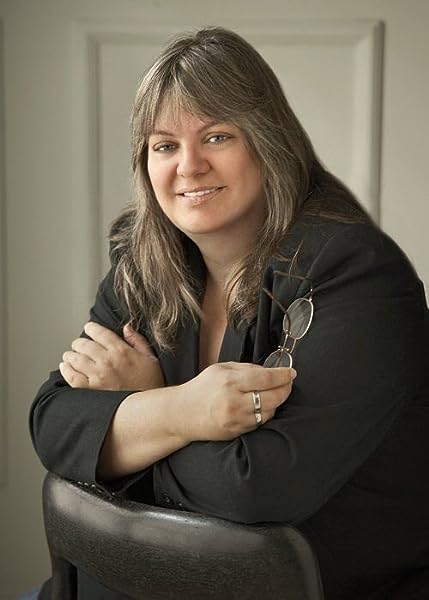 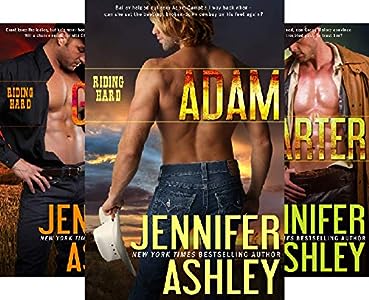 Jennifer Ashley is the NY Times bestselling author of more than 100 novels and novellas in romance, mystery, fantasy, and historical fiction. She also writes as Allyson James and Ashley Gardner. --This text refers to the paperback edition.

4.8 out of 5 stars
4.8 out of 5
106 global ratings
How are ratings calculated?
To calculate the overall star rating and percentage breakdown by star, we don’t use a simple average. Instead, our system considers things like how recent a review is and if the reviewer bought the item on Amazon. It also analyzes reviews to verify trustworthiness.
Top reviews

Zetter
5.0 out of 5 stars Sanctuary!!!
Reviewed in the United States on April 21, 2017
Verified Purchase
Tyler Campbell, the wildest of the Campbell brothers got beaten up while he was in Dallas during one of their stunt shows, he was saved by a beautiful and intriguing young woman by the name of Jessica McFaden. He gave her his address to the Campbell house in Riverbend and suggested she should look him if she wanted to know more about him.

Jessica McFaden was a single mother to a nine-year-old son named, Dominic. She was intrigued by Tyler as well but she knew he wouldn't interested in a woman like her (so she thought). When her ex-husband showed up threatening her and her son, Jessie did the only thing her instincts told her to. She ran to the Campbell ranch seeking sanctuary.

After what happened between him and Jess in Dallas, Tyler couldn't stop thinking about the sexy, fierce and beautiful bartender. His brothers Adam, Grant and Carter were giving her trouble over what they knew he felt for Jess. When the latter showed up at Riverbend, Tyler couldn't have been happier.

Jess and Dominic were well received by the Campbells, despite her reluctance Jess loved the way Tyler made her feel. As they got to know each other, their feelings kept growing. Dominic and Faith were adorable as well. Love how the Campbell brothers and the Mallorys always have each other's backs.

TYLER, the fourth book in Jennifer Ashley's RIDING HARD series. It was amazing, engrossing, romantic, steamy and oh so heartwarming. Jennifer Ashley did an outstanding job. This series keeps getting better and better with each book. Two thumbs up and a recommendation for you all to grab a copy.
Read more
2 people found this helpful
Helpful
Report abuse

Sheila M
5.0 out of 5 stars Loved This
Reviewed in the United States on November 3, 2017
Verified Purchase
"Well, hello tall, dark, and sexy."

FINAL DECISION: Loved this story. There was an immense sense of kindness between these characters along with the attraction and lust. One of my favorites of the series.

THE STORY: Stunt cowboy Tyler Campbell is saved from a severe beating at a biker bar by divorced mother Jessica. Despite the sad pasts of both, there is an intense connection between them that leads to a night together. In the morning, however, Jessica has second thoughts about getting involved with Tyler. When danger threatens Jessica and her son, however, she turns to Tyler and his hometown for help.

OPINION: There are some books that I shouldn't start reading late at night because they are so addictive that a chapter or two just won't do it. This is one of those books. I loved it from the beginning. Tyler and Jess are both so nice and skittish without have a thick skin separating them from others. Once these two get together there is not question that they are meant for one another. In fact, most of the drama is external which makes the sweetness between these two special.

Both Jess and Tyler have scars that make them skittish with one another and yet the two quickly find that they have something special together. I liked how everything worked in this story (except that points of the plot resolution seemed a little farfetched, but that didn't diminish my enjoyment). I finished this book in the middle of the night and didn't regret it at all even though I had to wake up early to start my day.

WORTH MENTIONING: Lots of children in the air.

CONNECTED BOOKS: TYLER is the fourth book in the Riding Hard series. While this romance is self-contained and can be read as a standalone, there are secondary characters from other books in the series.

Terry
5.0 out of 5 stars Finding the Perfect One
Reviewed in the United States on December 20, 2017
Verified Purchase
What more can you say about cowboys? Tyler is a tough stunt rider and is in town for a show. Instead of going to the cowboy bars to get a drink he chooses a biker bar. After a few words Tyler is on the recieving end of a brawl until Jess comes to his rescue. Jess is an amazing woman, Tyler has finally found the one, the problem is she comes with 'biker' baggage. One night together and they both are sure they want each other, but Jess knows she has to let him go. Jess has a son, and a ex husband in prison and a biker that will not let her go. After some bad news Jess and her son are on the run, and she knows where to go. This book was well written and really drew you in. And there were a couple surprises from the other Cambell brothers, which I loved. This series keeps up on the entire family throughout. Can't wait for more
Read more
Helpful
Report abuse

Past Romance
5.0 out of 5 stars What a Cowboy
Reviewed in the United States on October 14, 2017
Verified Purchase
This girl loves cowboys, I won't lie. And Jennifer Ashley has created some of the best of them in this Riding Hard series. Even better than a good cowboy is a good cowboy with flaws, in need of the love of a woman to make him whole. And heaven help us, this family has a whole bunch of these brothers, each amazing and lovable in their own way.

TYLER is a fast-paced, hard ride through danger and intrigue, keeping a reader on the edge of the seat. I literally read it from start to finish in one day, staying up to the wee hours of the morning because I just couldn't put it down.

Bravo to Jennifer Ashley. I hope she writes another one soon!
Read more
Helpful
Report abuse

L. A. Potter
5.0 out of 5 stars A Must have series!
Reviewed in the United States on April 23, 2017
Verified Purchase
Tyler is a brilliant book in the series of the Campbell Brothers of stunt riders. Each brother finds loved and through hardship and heartache eventually come together in love and companionship. I can highly recommend each of the books as each brother finds their soul mate and partner. You will not be satisfied with just one book you will eventually need to buy the whole series! You won't be sorry!
Read more
One person found this helpful
Helpful
Report abuse

Globee
5.0 out of 5 stars Adventurous story
Reviewed in the United States on July 2, 2018
Verified Purchase
There was a lot of different yet exciting things going on in this story. Tyler got saved by Jessica while being beaten up by several thugs. Jessica sneaks out of town with her son when these same thugs threaten her to run to Tyler to protect her. Lots of action in this story and exciting scenes. When Jess reveals she has MS, thinking Tyler will turn his back on her, she finds out she is mistaken. Jennifer Ashley has another beautifully written story to add to her resume. Thanks, Jennifer.
Read more
Helpful
Report abuse
See all reviews

Bookworm19
5.0 out of 5 stars Sexy as hell 😉
Reviewed in the United Kingdom on October 8, 2020
Verified Purchase
Loved this book, the Campbell Boys search for love continues, and this is Tyler's. He is one sexy Cowboy and Jess is perfect for him. I thought the storyline of Jess difficulties (physically and emotionally) were brilliant and were dealt with very well by the author. Main characters don't usually suffer from disability or disorders which was refreshing. The story itself was great and had me totally hooked.
Read more
Report abuse

Moose Girl
4.0 out of 5 stars Enjoyed it
Reviewed in the United Kingdom on December 17, 2017
Verified Purchase
I've really enjoyed this series.

I didn't feel we knew Tyler quite as well as the others when the book begins, but I enjoyed learning about him. I liked Jess. While I liked that she had something different about her with her slight disability, I did feel like Tyler was just a little too clueless about it all. Most people know something about her condition whether they know anyone with it or not. It was a little hard to believe Tyler knew nothing at all. That is a minor quibble though.

Overall, it was an enjoyable read.
Read more
Report abuse

billo
5.0 out of 5 stars Omg
Reviewed in the United Kingdom on October 2, 2017
Verified Purchase
See this is the problem with amazing series... It always left waiting for the next one.... Absolutely enjoyed reading this series and SERIOUSLY... cannot wait for Ross' story... Hurry 😊
Read more
Report abuse

AAsh
4.0 out of 5 stars Enjoyable read
Reviewed in the United Kingdom on August 21, 2018
Verified Purchase
This was an enjoyable read so much so I pre ordered the next book
Read more
Report abuse