The Tyrannosaurus Game and millions of other books are available for Amazon Kindle. Learn more 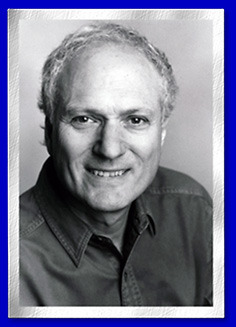 Start reading The Tyrannosaurus Game on your Kindle in under a minute.

3.3 out of 5 stars
3.3 out of 5
39 global ratings
How are ratings calculated?
To calculate the overall star rating and percentage breakdown by star, we don’t use a simple average. Instead, our system considers things like how recent a review is and if the reviewer bought the item on Amazon. It also analyzes reviews to verify trustworthiness.

Tanurigirl
5.0 out of 5 stars It is a funny book.
Reviewed in the United States on December 14, 2017
Verified Purchase
5 and 7 rear old boys loved this book. The repetition of the children’s names is great. We liked the book’s ending too!
Read more
Helpful
Report abuse

Marj
3.0 out of 5 stars Cute book but. ...
Reviewed in the United States on February 23, 2016
Verified Purchase
Got this on Kindle and words are very small! Too hard for kids to read.
Read more
Helpful
Report abuse

MollyBee
4.0 out of 5 stars Fun Story!
Reviewed in the United States on October 2, 2013
Verified Purchase
Really great for imaginative kids, especially good as part of a Kindergarden program, a fun read for parent and child.
Read more
Helpful
Report abuse

Notyouravgbear
2.0 out of 5 stars No words
Reviewed in the United States on January 11, 2016
Verified Purchase
I purchased a book for my 1st grader for reading practice. I was a disappointed to find that there were almost no words, but rather an abundance of illustration. Good story otherwise
Read more
Helpful
Report abuse

AMY COLLINS
5.0 out of 5 stars Boy friendly
Reviewed in the United States on November 6, 2013
Verified Purchase
So cute! My son giggled and really enjoyed reading this book! It will be one we read over and over.
Read more
Helpful
Report abuse

Kathy DiFrancesco
2.0 out of 5 stars words are too tiny
Reviewed in the United States on November 14, 2013
Verified Purchase
I would love to be able to read this, but the words are too tiny and I cannot get them to enlarge on my Kindle.
Read more
Helpful
Report abuse

D. Fowler
HALL OF FAMETOP 1000 REVIEWERVINE VOICE
5.0 out of 5 stars This is a marvelously creative "story story" tale about a mischievous tyrannosaurus ...
Reviewed in the United States on May 23, 2013
Vine Customer Review of Free Product( What's this? )
The whole classroom was bored, bored, bored as they looked outside at the pouring rain. Their teacher suggested that they play a game and Jimmy jumped at the chance to start one. They all gathered around in their circle area and and he explained, "I know, I'll start a story. And pass it on to Ava." Around the circle it would go until it came all the way around to Jason who would end it. Jimmy began by saying, "Last Saturday, I was eating breakfast, when all of a sudden a tyrannosaurus came crashing through the window." Crash! The tyrannosaurus was wearing the window sill around his neck and his toes were resting on the wall.

Ava claimed she saw that tyrannosaurus slurping up the rest of Jimmy's breakfast and made a BIG mess. Susan kept the story rolling when she said she was heading to soccer practice and saw "Jimmy and Ava were pushing a big tyrannosaurus" right out the door." Naturally that big dino was checking out the fridge. Roberto said he was at the bus stop when "Jimmy and Ava and Susan and a tyrannosaurus came flying out onto the street." That dino was moving right along. Rusty, Benjamin, Jasmine, Emily, Rachel, Sophia, Tommy, and Jason all saw him, but somehow that tyrannosaurus mysteriously disappeared. How could he have hidden from the whole classroom?

This is a marvelously creative "story story" tale about a mischievous tyrannosaurus. There is an old drama game, story story, that is reenacted during circle time by a very bored classroom. The rainy day activity turns into a wild and zany game that builds upon the imaginations of the children. The story is begun by Jimmy and picked up by each youngster and, of course, the tale gets to be quite a tall one by the time it gets back to Jason. The artwork, rendered in ink, gouache, and watercolor, is detailed, exciting and quite appealing. There are plenty of dino lovers who would definitely get a kick out of this runaway t-rex!
Read more
One person found this helpful
Helpful
Report abuse
See all reviews

Alison Welfare-Wilson
1.0 out of 5 stars Terrible👺👹👺👹😡
Reviewed in the United Kingdom on October 5, 2017
Verified Purchase
This book is so Bad no words and the pictures are so small I don't
even know what's going on
Read more
Report abuse