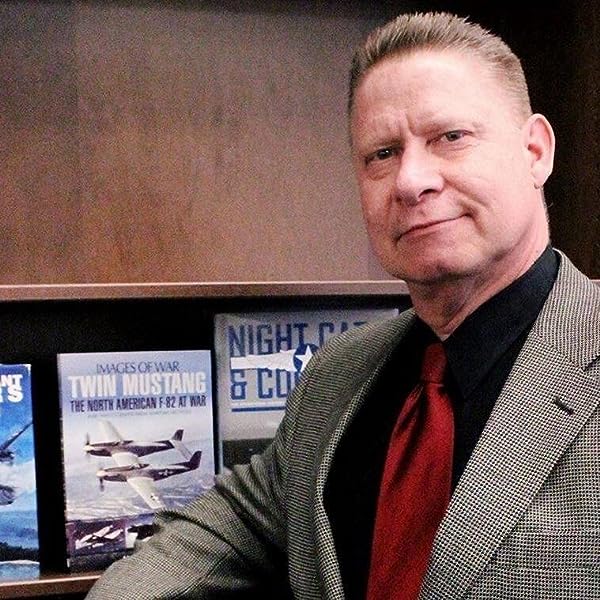 by Alan C. Carey (Author)
4.9 out of 5 stars 19 ratings
See all formats and editions
Sorry, there was a problem loading this page. Try again.

Alan Careys new book, his fifth on USN and USMC bomber units of the Second World War, is the story of U.S. Navy Fleet Air Wing Seven (FAW-7) and the men who flew the Navy version of the Consolidated B-24 Liberator bomber out of Dunkeswell and Upottery, England during World War II. Navy PB4Y-1 Liberator squadrons were unlike their counterparts in the U.S. Armys 8th Air Force, who battled their way through thick flak and swarms of German fighters while flying to and from targets in continental Europe. The job of U.S. Navy PB4Y-1 Liberator aircrews was to keep German U-boats from successfully operating in the Bay of Biscay and the English Channel by going out day after day, often in miserable weather conditions, on unrelenting search and destroy missions. During the war, FAW-7 Liberators were responsible for the sinking of five U-boats and damaging many more.
Read more
Previous page
Next page

Alan C. Carey is an American historian and author specializing in military aviation topics. His interest in military aviation stems from his father's service in World War II who was the inspiration for his first book. Carey graduated from Southwest Texas State University with a Master's Degree in Public Administration and a Bachelor of Arts Degree in History and Political Science.He currently resides in Round Rock, TX.

Alan C. Carey is a military historian and published author specializing in aviation topics. His first book, "The Reluctant Raiders," was published in 1999.

Mr. Carey attended Southwest Texas State University where he earned undergraduate and graduate degrees. He served in the U.S. Marine Corps as a machinegunner/team leader and with the U.S. Army Reserve/Army National Guard as a nuclear, biological, and chemical defense specialist.

John S.
5.0 out of 5 stars Upottery
Reviewed in the United States 🇺🇸 on February 23, 2020
Verified Purchase
Purchased as a gift for a 95 year old veteran who flew on the PB4Y and PB4M
Read more
Helpful
Report abuse

Doug Siegfried
5.0 out of 5 stars US NAvy PB4Y-1 LIberator Squadrons in Great Britian in WW II
Reviewed in the United States 🇺🇸 on September 20, 2012
Verified Purchase
The Author has produced an excellent history on Navy PB4Y-1 Squadrons in England during WW II. The book is profusely illustrated with superb images of the men, bases and aircraft the Navy flew during WW II.The subject is not well known but the author has done an excellent job in researching the Navy's role in searching for German submarines in the European theater and has produced an easily readable book that does justice to the men who were assigned to these squadrons. Excellent book and highly recommended.
Read more
4 people found this helpful
Helpful
Report abuse

Charles Lindstedt Jr.
5.0 out of 5 stars U-boat hunting in the Atlantic
Reviewed in the United States 🇺🇸 on June 13, 2010
Verified Purchase
I was stationed at this facility in England during WW2. It is the best history of the squadrons and their experiences that I have found. There are many pictures of flight crews and action shots that will bring back memories of former friends and shipmates. A good and factual account of their record facing the German U-boat and aircraft. This copy was purchased and sent to a crewmate and he enjoyed reading it immensely. 5 stars plus
Read more
5 people found this helpful
Helpful
Report abuse

cra311
5.0 out of 5 stars Great purchase.
Reviewed in the United States 🇺🇸 on January 5, 2015
Verified Purchase
My grandfather was in Fleet Airwing 7. This book brought back a ton of memories for him. I still pick this book up from time to time and read through it. Great purchase.
Read more
3 people found this helpful
Helpful
Report abuse

Thom W
5.0 out of 5 stars Five Stars
Reviewed in the United States 🇺🇸 on February 5, 2016
Verified Purchase
A very useful book, that fills in a gap in my historical knowledge.
Read more
One person found this helpful
Helpful
Report abuse

Carla P. Sherman
5.0 out of 5 stars Five Stars
Reviewed in the United States 🇺🇸 on January 5, 2015
Verified Purchase
Awesome book - a must if you know anyone who was stationed at Dunkeswell, Devon, England during WWII
Read more
3 people found this helpful
Helpful
Report abuse
See all reviews