USN Cruiser vs IJN Cruiser: Guadalcanal 1942 (Duel Book 22) and millions of other books are available for Amazon Kindle. Learn more 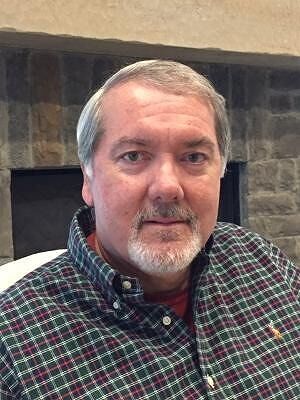 “This book does not disappoint in detailed descriptions and contemporary black and white photos of the various classes of these scouts for the fleet. There are also several beautifully rendered color plates of artist's depictions at various stages of the covered battles. The illustrators are the well known Howard Gerrard and Paul Wright. From this modeler's perspective, I recommend this book.” ―Ned Ricks, IPMS/USA (December 2009)

“These cruisers were what is known as 'Treaty Ships' developed at a time when it was felt that a limit on the size and number of ships would prevent an all out spiraling of weapons costs amongst those nations who were involved. It is with these ships that the US and Japan went to war. In this edition, author Mark Stille looks at the design and development of these ships on both sides... It is a book that I thoroughly enjoyed reading and is one that I know you will find a delight as well.” ―Scott Van Aken, Modeling Madness, www.modelingmadness.com (October 2009)

Commander (retired) Mark O. Stille served as a career Naval Intelligence Officer, spending over five years of his naval career assigned to various US Navy carriers. He continues to work in this field in a civilian capacity. He holds an MA from the Naval War College and has had several wargames published. He lives in Virginia, USA. The author lives in Dunn Loring, Virginia.

Start reading USN Cruiser vs IJN Cruiser: Guadalcanal 1942 (Duel Book 22) on your Kindle in under a minute.

WryGuy2
5.0 out of 5 stars A battle between the cruiser-weights
Reviewed in the United States on September 19, 2011
Verified Purchase
"USN Cruiser vs IJN Cruiser, Guadalcanal 1942 (Duel)", by Mark Stiles and illustrated by Howard Gerrard and Paul Wright, is a book in the Osprey Duel format that compares the American and Japanese cruisers that fought in the Guadalcanal campaign in 1942. The Osprey duel format is 80 pages long, and presents an analysis of the factors ... human, mechanical, and tactical ... of the two weapons systems being compared, describes how the weapons were developed and utilized, and includes maps, drawings, photographs, and illustrations.

The first (and largest) part of the book examines and analyzes the design and development of each sides cruisers (the size and total tonnages greatly prescribed by several Naval Conferences held in the 20's and 30's aimed at limiting warship construction), each side's doctrine and strategic situation, the general technical specifications for each class of cruiser that was built, and the combatants themselves. The second part of the book discusses two of the cruiser clashes around Guadalcanal ... the Battle of Savo Island and the Battle of Cape Esperance. The final part of the book provides some statistics and analysis of the fighting, as well the aftermath of the battles. The photos, illustrations, and drawings are top notch, and the two maps (one for each battle) are sufficient to cover the fighting.

In his descriptions and analysis of each side's cruisers and national perspectives, the author does a good job of laying the foundation for the battles. He provides the right level of detail to understand why each side performed as it did. I have two minor nits ... first, some of the information provided in the "Design and Development" section is duplicated a little in the "Technical Specifications" section. Second, the "Combat" section could be longer in my opinion. It's 16 pages long, and 7 of those are maps, illustrations, and pictures. It was good reading, mind you, but felt a little short.

Overall though, Mr Stiles does an outstanding job of setting the stage and presenting relevant data, anecdotes, and analysis of the cruisers and the ensuing actions within a limited page count. He provides an effective overview of the combatants, their strengths and weaknesses, and provides interesting and well developed analysis and conclusions.

Freie Jagd
4.0 out of 5 stars One of the better Osprey Duel's
Reviewed in the United States on May 21, 2012
Verified Purchase
(Commander) Mark Stille has written a compelling book that specifically concerns the two prominent cruiser battles that occurred in the waters around Guadalcanal in 1942, specifically the battles of Savo and Cape Esperance. He already hit it out of the park with Osprey's IJN vs USN Carrier 1942, so I had to read this one.

He begins with a strong intro section that discusses United States (US)and Japanese thought processes before the war from a standpoint of how a decisive battle was though upon by both sides as being that to determine victory, somewhere in the Central or South Pacific. More specifically, he touches on that both sides believe that battleships would determine the outcome of this fight. He explains how that light and heavy cruiser was possessed by both sides in 1942 with an abundance that guaranteed (along with the more narrow waters around Guadalcanal), with the carrier losses being suffered by both sides, they (the cruisers) would determine victory or defeat in this first American offensive.

His next section is on cruiser development leading up to the war. Interesting in this section is the degree of specificity he speaks to when going over naval treaty that dictated to both the United States and Japan the size and strength of their cruiser forces. Some examples include how both navies were restricted to 10,000lbs per cruiser and #'s of cruisers both sides were allowed to possess. The focal points around the Japanese, US, and Britain (a little bit) concerning this treaty. What is interesting is that just a few years into the treaty the Japanese start to blatantly disregard the treaty in regard to armaments and weight of their cruisers while the US is more diligent in trying to meet requirements. There is concern on the part of US war planners that the US is behind on the cruiser race due to these things.

Next comes The strategic situation and he does a great job explaining with brevity the battles leading up to Guadalcanal on the water, and especially keys in Japanese tactics that are enabling their success. There are exceptions (Midway, for example), but in general, the Japanese are winning. I could get more in detail here, but suffice it to say, quite a bit of their success is stemming from their superior tactics with their superior torpedoes (at this stage in the war). However, they are having some issues with torpedo accuracy. But still, their Long Lance torpedo completely outclasses US torpedoes in '41-42. The Commander also goes into US reasons for seizing Guadalcanal and establishing a strategic springboard while also depriving the Japanese of a new airstrip there that they have built for their own strategic purposes.

Technical specifications come next, and this is where I always get frustrated with the Osprey Duel format. Commander Stille had me on the razor's edge in being ready to read about the fantastic naval battles in the strategic situation, but, through no fault of his own (because he is mandated to follow the Osprey formula) he has to talk about the makeup of the ships again, versus going into the action. Now, don't get me wrong, the info provided is very good, and specific, I wish it could be merged with the development section, so after the strategic situation, we get right into the campaign details and battles. While the Duel series is great, this is a major pet peeve of mine, and I would hazard a guess, a pet peeve of many other loyal osprey readers of this series, also.

Combat is the next section. To me, talking about this section too much is a spoiler, so I will be briefer here. The Commander's has enough space only, due to the Osprey format, to describe the Savo and Cape Esperance battles. He does this well, and there are two good maps that shows the movements and actions taken by the belligerents. The first map though of the Savo battle is not as well done though as the Cape Esperance battle, in that it does not have a major actions box like the Cape Esperance battle map does. Some more recent scholarship has attempted to debunk some myths about Savo also, specifically the one that most immediately comes to mind is that even if Vice Admiral Mikawa had attacked the transports of Guadalcanal, it has recently been argued that sinking the transports would not of mattered per that the US marines were already ashore and more transports could be brought to bear in a follow on offensive/resupply. As was seen by the way the Japanese fought the battle, they were still able to re enforce Guadalcanal after the Americans landed (albeit, not as successfully due to poor air cover) and it is hard to see where we would not of proceeded in doing the same had the transports been sunk post the amphibious landing.

The Aftermath section deals primarily with the fate of these ships and especially the Japanese ships, after the battle, through the end of the war. Photos through the book are excellent and if you are a collector or like to model, this is also a good book to have for those purposes.

Overall, this is a very good Osprey duel book to read, and I will give it four stars. A great book with the flaw of not going into more detail concerning varying arguments of the significance of the battle of Savo. More space is needed to do this, and indeed, more space that would exist if Osprey could tweak their Duel book setup to merge the Development and Technical specifications sections. Recommend.
Read more
2 people found this helpful
Helpful
Report abuse

J. Walker
5.0 out of 5 stars Good read.
Reviewed in the United States on February 1, 2018
Verified Purchase
Good read. The book is balanced between technical information about the Japanese and American ships and their employment in battles. Also included is information about training of crew and officers. Well organized, well read, and a good read.
Read more
Helpful
Report abuse

Terry Oglethorpe
4.0 out of 5 stars Bought the e-book version - should have purchased the book
Reviewed in the United States on March 20, 2014
Verified Purchase
Great information on the treaty cruisers during the period between the two World Wars, especially the training on night fighting and the Long Lance torpedo used by the Japanese during the early battles between IJN and USN cruisers. The pictures in the e-book are too small to make out the details that the author wants you to see about each type of cruiser. Best to buy the book.
Read more
Helpful
Report abuse
See all reviews