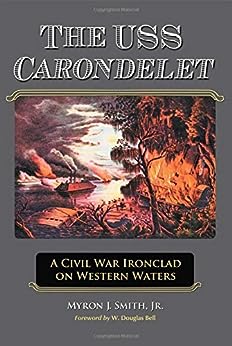 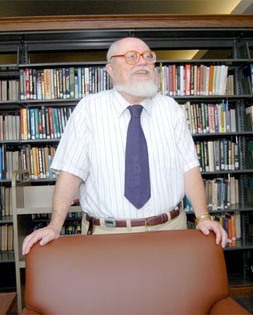 by Jr. Smith, Myron J. (Author) Format: Kindle Edition
See all formats and editions
Sorry, there was a problem loading this page. Try again.
The USS Carondelet had a revolutionary ship design and was the most active of all the Union’s Civil War river ironclads. From Fort Henry through the siege of Vicksburg and from the Red River campaign through the Battle of Nashville, the gunboat was prominent in war legend and literature. This history draws on the letters of Ensign Scott Dyer Jordan and Rear Adm. Henry Walke’s memoirs.
Read more
Previous page
Next page
Kindle e-Readers
Fire Tablets
Fire Phones
Free Kindle Reading Apps
Read with the free Kindle apps (available on iOS, Android, PC & Mac), Kindle E-readers and on Fire Tablet devices. See all supported devices

“lively reading...the most thorough study of a Union ironclad that plied the Mississippi, Tennessee, Cumberland, and Red Rivers...highly recommended”―Choice; “If it sailed on the brown water of America’s Western rives during the Civil War and flew the Stars and Stripes of the Union Navy, Myron Smith more than likely knows about it”―America’s Civil War; “anyone who has an interest in the western theater of the Civil War would do well to add this volume to their bookshelf. It is an excellent history of one of the most successful ironclads in the Union Navy”―Nautical Research Journal; “Smith has carved out a niche for himself as the author of books treating the ships of the U.S. Navy on Western waters during the Civil War”―North & South; “worthwhile”―United States Naval Institute; “thoroughly researched...clearly written...a must-buy”―Civil War News; “wow!”―The Lone Star. --This text refers to the paperback edition.

The USS Carondelet had a revolutionary ship design and was the most active of all the Union's Civil War river ironclads. From Fort Henry through the siege of Vicksburg and from the Red River campaign through the Battle of Nashville, the gunboat was prominent in war legend and literature. This history draws on the letters of Ensign Scott Dyer Jordan and Rear Adm. Henry Walke's memoirs. --This text refers to the paperback edition.

The USS Carondelet had a revolutionary ship design and was the most active of all the Union's Civil War river ironclads. From Fort Henry through the siege of Vicksburg and from the Red River campaign through the Battle of Nashville, the gunboat was prominent in war legend and literature. This history draws on the letters of Ensign Scott Dyer Jordan and Rear Adm. Henry Walke's memoirs. --This text refers to the paperback edition.
Read more

KJAG
4.0 out of 5 stars A Unique Perspective of Life Onboard a Union Ironclad
Reviewed in the United States 🇺🇸 on September 25, 2015
Verified Purchase
This book provides a brief history on the evolution of the ironclads, namely the Carondelet and her sister ships or "turtles," as well as key engagements and activities of the Carondelet throughout the war, and its history after the war, including the search to find it at the bottom of the Ohio River in modern times. The book also delves into the boat's commanders and crews, including their personalities, responsibilities, and activities, and life on board and what it was like for them when engaged in battle. This is the strength of the book, as this type of information is largely lacking in most other books regarding the Union ironclads. The author used a variety of sources, including surviving memoirs, journals, and letters of commanders and crew, ship log entries and other official records, newspaper articles and images, and other references.

Wordsmithing is not the best and the book lacks proper editing, which would have improved some word choices, flow and structure, and placement of images, and caught the many typos. It could also have been improved with more and better maps, and images of some of the other commanders and crewmembers, particularly those whose letters and journals provided so much to this book, vs. image of a Confederate calvary officer who participated in one of the boat's various actions. Otherwise, the book is valuable in providing a unique perspective onboard a Union ironclad and I definitely reccomend it.
Read more
3 people found this helpful
Helpful
Report abuse

Papa Joe
5.0 out of 5 stars An absolutely outstanding history
Reviewed in the United States 🇺🇸 on May 9, 2021
Verified Purchase
I have to admit that I’ve read it twice. I acquired it in a moment of pandemic boredom, seeking some variety. After a chapter or two, I was hooked! Brilliant, painstaking research coupled with enthralling writing is hard to beat.
Read more
Helpful
Report abuse

P.L. Stevenson
5.0 out of 5 stars Highly Recommended
Reviewed in the United States 🇺🇸 on June 6, 2012
This is the well-written story of what was arguably the most important gunboat in the Federal "Brown Water Flotilla." The navy's contribution to victory in the West has been too-long overshadowed by the comparatively uneventful Union blockade. The sesquicentennial of the Rebellion is a good time for interested readers to learn more about the role the Navy played at such significant western battles as Fort Henry, Island No. Ten, etc. The USS Carondelet comes highly recommended (and if you like this one, be sure to check out this author's study of the timberclads, as well.)
Read more
2 people found this helpful
Helpful
Report abuse
See all reviews
Report an issue
Does this item contain inappropriate content?
Report
Do you believe that this item violates a copyright?
Report
Does this item contain quality or formatting issues?
Report