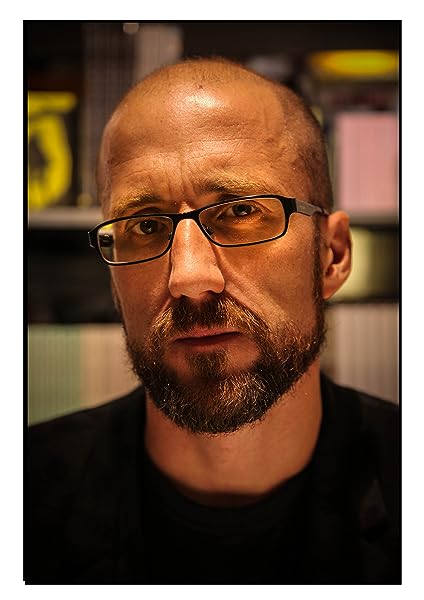 4.3 out of 5 stars
4.3 out of 5
45 customer ratings
How does Amazon calculate star ratings?
Amazon calculates a product’s star ratings based on a machine learned model instead of a raw data average. The model takes into account factors including the age of a rating, whether the ratings are from verified purchasers, and factors that establish reviewer trustworthiness.
Top Reviews

lincoln Yaco
4.0 out of 5 stars Neat--but has he HEARD of Google?
Reviewed in the United States on February 18, 2018
Verified Purchase
I really liked the first few issues but eventually I cd no longer overlook the weaknesses in the draftmanship. For heavens sake, this is 2018 and we can get any pictorial ref we want in the twinkling of an eye. Just GOOGLE it, for Stan's sake. All artist Gillen's likenesses of famous historical figures are, to quote ou fearless leader, SAD. Likewise, famous locales such as the Reichstag, Trafalgar Square...

Is there an uninformed feeling among the autodidacts that it is somehoe cheating to use ref? I heard one younger artist (who actually WAS quite gifted) say that he liked to look at reference ONCE and then "internalize" it. I hated to tell him that it wasn't working as well as he thot. The Boom and Post-boom kids are not to eager to accept crit. So it goes. We were all young once...

But I hasten to make clear that the concepts here are deeply etched. Don't be offended (lol--as if Killen will ever hear anything but yes from yes-men), forge ahead, learn to us reference and make me regret I ever doubted you for a second. Thanks for the fun reading. Sail away...

Kurt Nichols
4.0 out of 5 stars Winston's Supers vs. Adolf's Ubers
Reviewed in the United States on April 22, 2015
Verified Purchase
As a casual fan of alternative history, and having a life-long fascination with WWII (as many are, I know I'm not alone in this regard), I found the concept of this comic pretty intriguing. Then, I bought an individual (current) issue. I read a few pages, and realized that this was something quite different. This book manages to mix in quite a bit - history, fantasy, super-men, violence, passion, Nazis, Russians, Britons, tanks, "battleships", etc. As other reviewers have stated, this is a pretty graphic and violent story, but such is the nature of the subject matter. There is also quite a bit of intrigue, interaction, and storytelling mixed in. And Winston Churchill in a comic book!

For anyone looking for something different from heroes in tights or sci-fi, this is a good way to go. Solid story-telling mixed with good artwork makes for a book I'd recommend.

R. Kolar
5.0 out of 5 stars Real Fun Take on History
Reviewed in the United States on April 22, 2014
Verified Purchase
First let me start by staying that this book is really violent, but should you expect any less from a book on WW2... that being said... anybody interested in WW2 is going to love this book. Not to give too much away but it is alternate "What If" take on the second world war. What if the wonder weapons were real and instead of the V1 and V2 rockets what if the weapons were super humans loyay to germany. The books covers a race to catch up woth the nazi super humans as englands races to make a super human of it's own. Great book! Feels like real history... the writer did his homework...
Read more
9 people found this helpful
Helpful
Comment Report abuse

Jeff F
4.0 out of 5 stars You'll never read Captain America the same way after reading this.
Reviewed in the United States on December 15, 2014
Verified Purchase
I'm a huge fan of Indiana Jones, The Rocketeer, and Captain America, so Uber sounded like a must-read the minute I heard about the premise: German superhumans, made possible through (pseudo)science, alter the tide of history at the very end of WWII. Uber doesn't embrace any of the Golden Age comics' sense of naivete or racist caricatures in depicting WWII; instead, it depicts the horrific costs and dehumanizing effects of war (on both sides). If you're looking for pulp dieselpunk a la The Invaders, that's not Uber. Instead it's violent, bloody, unrelenting, and unfair - all the same adjectives often used to describe war. Kieron Gillen, best known for his Thor/Journey into Mystery run, does a good job with the writing here, depicting fictional and historical characters well and adopting an interesting narrative technique, that of the historical observer; there is, however, some shaky and stilted dialogue in the early chapters. Caanan White does an excellent job on the art, particularly when it comes to the brutal battle scenes; I did have a difficult time, however, telling apart some of the characters given the way they're illustrated (fortunately, this is not a problem with the historical figures involved in the story).
Read more
One person found this helpful
Helpful
Comment Report abuse

paulusmc
5.0 out of 5 stars Uber fan
Reviewed in the United States on June 4, 2014
Verified Purchase
wow is all i can say right now it is very graphic not for children it gives one another look of what if Nazi had really developed this type of weapon from a human. The Nazi were really into a lot way out there type ideas so this novel would be right up there alley. Can't wait for maybe volume 2
Read more
Helpful
Comment Report abuse

P. Byrne
5.0 out of 5 stars Bloody, engaging, and historically narrated
Reviewed in the United States on March 20, 2015
Verified Purchase
Written like a historical account that makes the whole world feel real. Definitely violent, but truly an accomplishment by the creation team.
Read more
Helpful
Comment Report abuse
See all reviews from the United States

Robert Hardy
5.0 out of 5 stars The best...
Reviewed in the United Kingdom on July 13, 2016
Verified Purchase
The best comic I have read in ages. Great art, fresh story, I hope it doesn't run out of steam.
Read more
Helpful
Sending feedback...
Thank you for your feedback.
Sorry, we failed to record your vote. Please try again
Report abuse

Brent L
5.0 out of 5 stars Very Interesting
Reviewed in Canada on August 18, 2019
Verified Purchase
Arrived on time and well packaged. I bought this as it was recommended by a friend. It tells an interesting tale of WWII if super soldiers had come to be. In the same vein of "what if the Nazis got the A-Bomb first" type questions, the superhuman arms race changes the way history unfolds. So far, it has me ordering the next several compilations. I hope it keeps getting as good as this first one promises.
Read more
Helpful
Sending feedback...
Thank you for your feedback.
Sorry, we failed to record your vote. Please try again
Report abuse

Kindle Customer
5.0 out of 5 stars AMAZING!!!!!!
Reviewed in Canada on August 3, 2018
Verified Purchase
I am in love with this series. Great plot, great artistry. My favorite comic :)
Read more
Helpful
Sending feedback...
Thank you for your feedback.
Sorry, we failed to record your vote. Please try again
Report abuse

Gizmo
5.0 out of 5 stars Great Alternate WWII Plot
Reviewed in Canada on May 19, 2017
Verified Purchase
Great story line and the artwork is phenomenal.
Read more
Helpful
Sending feedback...
Thank you for your feedback.
Sorry, we failed to record your vote. Please try again
Report abuse

Mrs. K. J. Sawkins
5.0 out of 5 stars A scary glimpse at a future luckily missed
Reviewed in the United Kingdom on April 19, 2014
Verified Purchase
What if all of Hitlers mad plans of super soldiers, the perfect man, the occult and the supernatural had come to fruition.
Kieron Gilen tells a chilling story of a different end to world war 2 and a new world, accompanied by the spectacular artwork of Caanan White, a dark, brutal and bloody history unfolds before your eyes. I cant wait for volume 2.
Read more
3 people found this helpful
Helpful
Sending feedback...
Thank you for your feedback.
Sorry, we failed to record your vote. Please try again
Report abuse