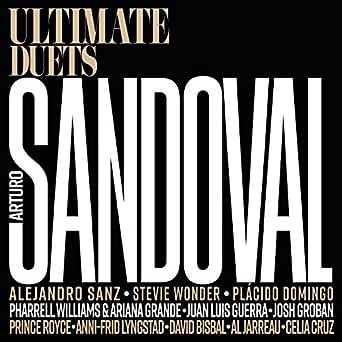 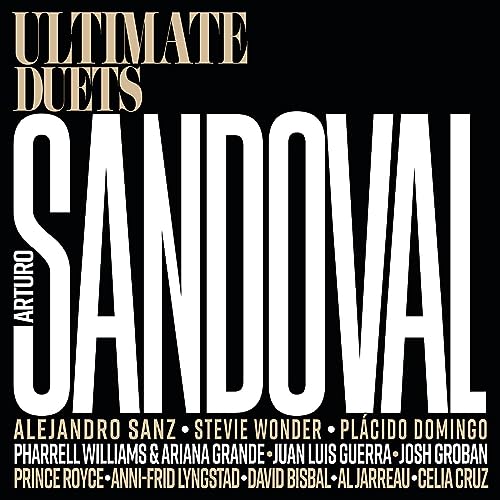 Arturo Sandoval
4.7 out of 5 stars 67 ratings
See all 3 formats and editions Hide other formats and editions
Buy the CD album for $11.98 and get the MP3 version for FREE.&nbspCD album ships from and sold by Amazon.com. Terms and Conditions. Does not apply to gift orders. Complete your purchase of the CD album to save the MP3 version to your Music Library.

S.McClintock
5.0 out of 5 stars What a Fantastic Recording!
Reviewed in the United States on April 29, 2019
Verified Purchase
As I told Mr. Sandoval recently, I know very little about Latin Jazz, and 'no habla Espanol.'

I bought this based on a recommendation, probably from something played on Gordon Goodwin's Phat Tracks on 88.1 FM (and jazzandblues dot org). That probably had to do with Stevie Wonder, for which we were both fans.

I was blown away by it. It is beautiful. The featured performers do incredible performances. Sometimes I forget that I am listening to a phenomenal trumpet player because Sandoval features them so effortlessly.

Like Andy Martin's The Project, I can listen to this CD over and over without boredom. On long drives I've played it as many as 4 times in 6 hours. It's great in all kinds of traffic!

My favorite tracks are 3 (Stevie Wonder), 6 (Josh Groban) and 11 (Al Jarreau). That last one makes me tear up, so perfect and released after Jarreau died.

Ham Radio Dude
5.0 out of 5 stars Five Stars
Reviewed in the United States on June 26, 2018
Verified Purchase
Another great album by Arturo Sandoval, that will appeal to a diverse audience. Bravo!
Read more
One person found this helpful
Helpful
Comment Report abuse

Pipe Dreamer.
5.0 out of 5 stars So relaxing.
Reviewed in the United Kingdom on June 12, 2020
Verified Purchase
I'm so glad I heard Arturo and decided to get this and one other of his cd's, the music transcends and calms, great purchase.
Read more
Report abuse

EugEnE
5.0 out of 5 stars Great Collection
Reviewed in Germany on August 16, 2018
Verified Purchase
Arrived in good packaging. Nice collection of stars and songs. Happy to own a copy.
Read more
Report abuse
See all reviews