Ultimate X-Men Vol. 4: Hellfire & Brimstone and millions of other books are available for Amazon Kindle. Learn more
Share
Have one to sell?
Sell on Amazon 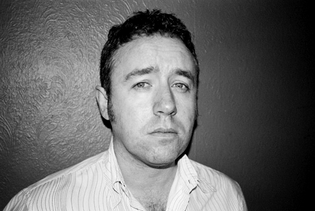 Start reading Ultimate X-Men Vol. 4: Hellfire & Brimstone on your Kindle in under a minute.

Jeffrey B. Sprague
4.0 out of 5 stars My thoughts
Reviewed in the United States on August 6, 2007
Verified Purchase
I'm a old shcool X-men fan , the ultimate X-men Comics are cool . don't get me wrong , but I grew up watching the Fox Kids cartoons and reading the Comics in witch Wolverine , Cyclops , Jean Gray , Storm and Beast were cool , These new comics kinda tone down the characters and give them more of a helpless high school kids theme . I still enjoy reading this collection of books , but not as much as the original , Overall , I say buy it .
Read more
One person found this helpful
Helpful
Report abuse

Trey
2.0 out of 5 stars down right boring
Reviewed in the United States on May 14, 2011
Verified Purchase
Normally after i read a terrible book like World Tour I just skip around but since I've always been an X-Men fan I decieded to be leinent. BUT IM SORRY THIS WAS TERRIBLE. Now I'm not even talking story wise I'm talking artwise too. And since I'm not going to make this reveiw long I would really not sudjest this to anyone unless your collecting the entire series like me. P.S this book made forget about goin in order so I went from 1-4 to 18-19 and now 8 and now I'm getting 15.
Read more
Helpful
Report abuse

Jeffrey M. Simon
4.0 out of 5 stars Excellent Work
Reviewed in the United States on June 20, 2007
Verified Purchase
This is a really good continuation of the series and has a lot of foreshadowing into later X-Men events. Definitely worth a read. Beautiful artwork as well.
Read more
Helpful
Report abuse

GDR
1.0 out of 5 stars This volume is terrible!!!!!!
Reviewed in the United States on February 2, 2005
Verified Purchase
I've been reading comics since I was in my pre-teens and am now in my mid-30s and this has to be one of the worst graphic novels I've ever read! The story is weak but the worst part is the art-work, which is absolutely terrible, especially the switch in styles mid-volume for issues 23 - 25. Marvel should be embarrased for releasing this extremely sub-par piece of work. I would highly NOT recommend this volume.
Read more
4 people found this helpful
Helpful
Report abuse

Madelyn Pryor
4.0 out of 5 stars Kitty Pryde, The Phoenix and more...
Reviewed in the United States on January 11, 2008
In the fourth completion of Ultimate X-Men, Marvel collects issues 21-25. This book can stand alone, but it is much easier to understand if you've already read Ultimate X-Men v.3, World Tour. In that, Charles's son, Proteus rips into his father and the X-Men, leaving Iceman in very bad shape. As this story begins, the team is still picking up the pieces of their lives and team after that battle. Relationships are in doubt, the team is healing mentally and physically, and in the midst of all this comes Kitty Pryde. Jean begins getting visions/hallucinations of an ancient deity named the Phoenix, the Professor's benefactors are revealed, and one of the X-Men's most deadly villains makes a surprising come-back.

I have read previous reviews and I wanted to give my opinion on a few things others have brought up.
#1: This is NOT regular X-Men. Mark Millar, the author, is known for his edgy work, and there are many elements found in these versions of the characters that are non-conforming to regular marvel continuity. If this is surprising, upsetting, or alarming to you, than just pick up any one of the MANY regular X-Men collections. I especially recommend the Essential X-Men series if you like the regular versions better.
#2: The art in this graphic is a little uneven. The graphic begins and ends with the art of Adam Kubert- but it's a little rough and not his best work. It's still gorgeous, just a little more stylized than normal. About 1/3 of the art is provided by Kaare Andrews and Digitally Painted by Dave McCaig. This art is reminiscent of Paul Dini and looks like panels from Ultimate X-Men the Cartoon. I can see how this style may not appeal to everyone, and it does not really fit in with the normally dark tone of the story but it is NOT terrible as others have called it.

I recommend this book to comic book fans as long as they get it with an open mind. Is this volume going to be an exact retelling of the Phoenix saga? No. For that buy the Dark Phoenix Saga by Claremont and Bryne ISBN 0785122133. This is a different imagining, a different take. Take it for what it is, and enoy the very different read Hellfire and Brimstone provides.
Read more
Helpful
Report abuse

K. W. Schreiter
2.0 out of 5 stars Compiles issues #21-#24 and double-sized #25
Reviewed in the United States on December 16, 2005
Issue 21 begins the "Hellfire and Brimstone' story and introduces Kitty Pryde to the Ultimate Universe. #22 explores the Brotherhood of Mutants before degenerating into an uncomfortable fight between Cyclops and Wolverine. The Disneyish artwork and a tired chatroom gag spoil some interesting subplots through #23-#25. Millar's versions of these characters are unlikable compared to those of other Marvel titles.
Read more
Helpful
Report abuse

J. B. Monkey
4.0 out of 5 stars Not as good as the second book, but still good.
Reviewed in the United States on March 31, 2003
I really enjoy the Ultimate X-Men books, but I thought this one was the worst so far for two primary reasons:
One Kaare Andrews should stick to doing Disney cartoons and quit the comics buisness. The third and fourth parts to this book look like rejected cells from Atlantis: the Lost Empire.
Two, they try to do too much in the fith section, introducing both the Helfire Club (something I feel the series could probably have done without anyway) and the dark phoenix, as well as ressurecting Magneto all in one issue.
That being said this is still a great comic, infact the whole series is really inspired. I liked the second and fifth books the best (I thought Wolverine switched sides way too fast in the first book and proteus as a plotline is kind of blah).
Read more
2 people found this helpful
Helpful
Report abuse

A Reader
3.0 out of 5 stars The hideous art really is a problem
Reviewed in the United States on April 21, 2006
Unlike many others, I prefer the Ultimate X-men to the previous versions, so I don't have much nostalgia for older versions of these characters.

The main problem with this volume is the same one that afflicted volume 3: a sudden switch from good to appalling artwork for a few issues really derails the whole thing. The art in 23-25 is just horrible, and I was hard pressed to keep reading through it. Kitty, in particular, is just grotesque.

Get the book if you want to fill out your collection. Otherwise, skip it.
Read more
2 people found this helpful
Helpful
Report abuse
See all reviews

James
4.0 out of 5 stars Cool
Reviewed in the United Kingdom on February 22, 2009
Verified Purchase
An odd mix of animation styles also make this book one of the best in the series. The introduction of Shadowcat/kitty pryde adds another level of the x-men to the story that has been missing in the others.
Read more
Report abuse

HeroPress
2.0 out of 5 stars Not Meeting X-Pectations :(
Reviewed in the United Kingdom on February 15, 2004
Verified Purchase
The Ultimate X-Men comics have, to date, proved to be the least successful of Marvel's character "re-imaginings" for a new generation of readers. The Ultimate X-Men fails to maintain a sense of believability that keeps other Ultimate titles (such as Ultimate Spider-Man and The Ultimates) fresh. Instead, Ultimate X-Men seems to suffer from one of the worse flaws of the 'original universe' X-Men stories: that is too-many throw-away characters with ridiculous 'can do anything' mutant superpowers. But the most unfortunate part of this collection is its rushed resolution - the whole matter Phoenix Force is effectively dealt with in half an issue (perhaps this will resurface in later stories)and the identity of Xavier's "mystery backers", having been built up since the start of the series, is trampled over in an equally dismissive way. That's not to say the 'Ultimate' magic is totally missing -- Beast's internet relationship has a very clever pay-off and the Wolverine/Cyclops niggling is always good value for money -- but you can't help but feel this is the poor relation of the 'Ultimate' family.
Read more
2 people found this helpful
Report abuse

David Baillie
4.0 out of 5 stars Ultimate X-Men rejuvinates the X-Men franchise for Marvel
Reviewed in the United Kingdom on March 19, 2003
Verified Purchase
Mark Millar came from relative obscurity to write what has become the flagship title of the Ultimate Marvel Universe.
I was unconvinced by the idea of the Ultimate books when they first appeared, but Mr Millar really has used them to create what I'm sure will become a textbook for future generations of writers on how to write superhero comics.
Sure - there's the trademark Authority-style shock tactics and 'widescreen' narration, but there's also genuine and mature characterisation, and intelligent scripting.
All of this along with fantastic art.
I read the individual titles, and I'll certainly be buying this collection for my (now straining) bookshelf.
Read more
6 people found this helpful
Report abuse

iwa
3.0 out of 5 stars フェニックス降臨!?
Reviewed in Japan on December 15, 2004
Verified Purchase
４巻に突入しましたが、この話ではウルヴァリンはサイクロップスにつっかかりまくりです。originalよりもさらにウルヴァリンがひねくれ者になっている気がします。例のフェニックス・フォースがジーンの体に降臨するのが話のメインになっているようです。
が、今回はそれよりも、子供っぽいシャドー・キャットの初登場や、クイック・シルバー率いるブラザー・フッドの活躍、ウルヴィとサイクの喧嘩、ふられて落ち込みまくりのビースト、正装したプロフェッサーXたち、といった小ネタが面白い巻だと思います。
途中、２話ほどART担当がKaare Andrews氏になっている話がありますが、私はあのイラストはいただけないなぁ、と思います。まぁ、Kaare Andrews氏が描いてるのはその２話だけなので、まったく問題なしです。
Read more
Report abuse
Translate review to English
See all reviews
Back to top
Get to Know Us
Make Money with Us
Amazon Payment Products
Let Us Help You
EnglishChoose a language for shopping. United StatesChoose a country/region for shopping.
© 1996-2021, Amazon.com, Inc. or its affiliates