You've subscribed to Savage Beast MC! We will preorder your items within 24 hours of when they become available. When new books are released, we'll charge your default payment method for the lowest price available during the pre-order period.
Update your device or payment method, cancel individual pre-orders or your subscription at
Your Memberships & Subscriptions
There was an error. We were unable to process your subscription due to an error. Please refresh and try again. 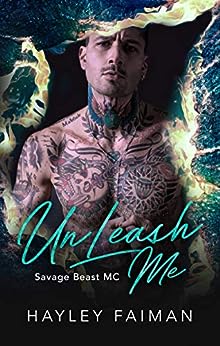 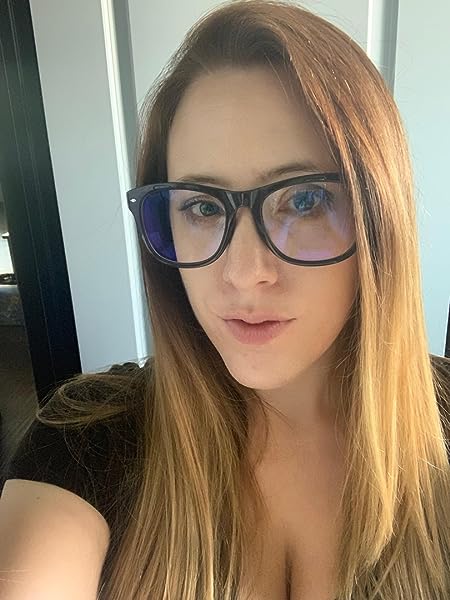 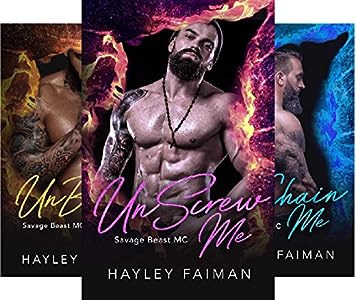 K. Lindtvedt
4.0 out of 5 stars A Winding and Violent Journey to Love...
Reviewed in the United States on December 27, 2020
Verified Purchase
"UnLeash Me” is the fourth installment of Hayley Faiman’s “Savage Beast MC” series. It is the story of Eagle and Della. Della being the young woman we first met in book one who was taken as collateral. A girl traded into the clubwhore ranks in order to save her father from death. A sweet, smart, yet complicated woman now embroiled in an even stickier situation within the club and drowning under the chaotic depths of obsession. And Eagle, the quiet, contemplative yet equally brutal member of the Savage Beast MC. A man who embraces the violence of the MC life without hesitation, but who silently and privately harbors a thoughtful side not yet seen within the brother's in books one through three. A man whose dark past paints his future in doubt, and whose present mindset harbors an unwanted emotional truth that will not only take Della by surprise, but set dangerous things in motion within the clubhouse walls.

What follows is the most jarring and violent story yet. Here with Eagle and Della, Faiman paints an almost tortured tale of damaged self worth, crippling doubt, oppressive obsession, and profound emotional cruelty. A story of a woman, despite a wealthy upbringing, who sees herself unworthy of anything beyond being a whore. An MC brother lost to his own anger and pride. And growing fractures within the club itself. It is an explosive installment. A story, that in my opinion, is the most unapologetically dark, vicious, and emotionally action packed installment yet about the Savage Beasts.

Della's plight will touch something deep within you, triggering a protective instinct that will have you screaming for help with every passing page. Eagle's insight into his brothers, especially Jaguar, will have you cheering one moment and gasping the next. It is yet another powerfully poignant portrayal of the perils of love, family, and brotherhood by Faiman.

Here, once again, she writes characters that fall on both sides of the spectrum. Rather than romanticizing all of the bikers as being undercover, emotionally intelligent teddy bears, as is so often the case within this romance subgenre, she writes messy, unapologetically real characters. Characters who struggle internally day-to-day with the raging plethora of wants, needs, and desires swirling within them as they navigate their chosen path filled with darkness, danger, and mayhem. And Eagle's story, as it intertwines with Della's is the most stunningly raw one yet.

However, it is also one that made me the angriest because as it pulls you deep within its depths. As Della's circumstances and Eagle's choices plunge you, word by methodically written word, into the very depths of uncertainty and despair, the methodical plotting stops and shifts, so violently, to its conclusion, that it gives you whiplash!

It is something that has been my most consistent critcism of this series, how Faiman abruptly shifts from the meat of things to the end in an unsatisfactory and stunted manner. And here, with Eagle and Della's journey, this cut from the precipice of discovery straight to the end is at its most pronounced. The shift will torture you with it's jarring leap into the conclusion after Faiman's methodically plotted lead up. It is a jump from the highest emotional highs to the end, lurching you heartlessly from the story world cliff into the depths of their finality. A stunning shift that affected me with an uncontrollable, visceral loathing, especially where the highly suspenseful Columbia arc is concerned.

I literally did a double take wondering if I had missed a chapter, stunned at the complete omission of such a large amount of plot detail, especially where Jaguar and the Columbia faction are concerned. It is a consistent pattern of absence of detail and plot follow through that continues to be the single reason each and every book falls short of the five stars it really deserves for me.

This series will make you an addict by the end of chapter one of the first book. Each book after that will pull you in deeper. However, with each hit you also get increasingly frustrated as the journey gets painfully truncated and flashes forward, leaving you sweaty, unsatisfied, and desperately yearning for just a bit more...

Will I stop reading, no, no I won't. But, I need that extra detail bump in the middle to be happy and fully satisfied.

Cheryl
4.0 out of 5 stars Crazy
Reviewed in the United States on February 20, 2020
Verified Purchase
Della is a sex addict who is a white for the clubhouse and pregnant.
She is either pregnant by Jaguar or Mountain she is not sure which.

She does not love either of them, however Jaguar wants her but not for love but as a possession he can share with who he wants. Jaguar is twisted in the head for sure he is determined to be with her no matter what.

No one in the clubhouse liked the way that he treats her and in steps Eagle. Della has never been with him intimately but Eagle still wants her in all ways possible. To be her husband and father to her child.

A blast from the past and Jaguar not being able to handle Della being with Eagle great havoc. Someone is killed and another hospitalized.

Don't like that Jaguar has not been found and this book was left like it was.
Read more
One person found this helpful
Helpful
Report abuse

Sandy Knox
4.0 out of 5 stars I LOVED IT!
Reviewed in the United States on January 28, 2020
Verified Purchase
I loved this book but I have to say this is not my favorite book in the series. This book is filled with alot of growly hot alpha bikers on the edge. Della used to be a country club going rich girl but not by her choice. Her mother was a Batsh*t Crazy Bit**! When Della was taken by Silver as payment for her father's screw up she was more than willing to go. Della is a sex addict and now she's pregnant by one of two men either Jaguar or Mountain. Jaguar starts out as a decent kinda of guy but his obsessive with Della starts to push him too far. Mountain is so easy going he's kinda quiet but he's a big gorgeous beast of a man that will put an enemy in the ground but he is also kind and gentle. He stepped up for Della an offered to claim her but she knows he doesn't love her and she doesn't love him. At times the suspense between Jag and Della and Eagle was kinda scary. Jaguar is so unpredictable I really didn't know what to expect from him. Hayley has a really easy writing style I enjoy so much. But in this book I got alittle bored. Not enough to stop reading it or to skim or skip through it but at times it was like it was stuck on Eagle trying to convince Della she's more than just a wh*re and their constant battle over Jaguar. Eagle has serious trust issues but it's obvious they're meant for each other. They're exactly what the other one needs. The sex scenes are romantic, erotic, sweet and touching and oh so freakin HOT! As things begin to be revealed there are quite a few oh hell no moments. I knew that Charm was hiding something but HOLY MOLY! I wasn't too surprised with Jaguar at the end but it definitely leaves me wondering what will he do next. I highly recommend this series to everyone.
Read more
Helpful
Report abuse

denise bailey
5.0 out of 5 stars Epic!
Reviewed in the United States on January 24, 2020
Verified Purchase
I have loved this series. Being a relatively new reader to the work of Hayley Faiman I had been able to binge read the first books in this series. I had to wait for this one just like all of her readers. Dog years wait it seemed. Just kidding though. I loved getting to have all of the anticipation. What I had in my head for this story and what happened were light years apart. I loved what Hayley did with this story. Each and every twist and turn. This is really going to be an epic series and I can't wait for the next books in the series. Her writing is very tight and the editing is excellent. I love that this group of folks is a family. I also love that Hayley does not tip her cards as to who each of these folks is going to be in reality. This is one heck of a read and I enjoyed it immensely. denise bailey
Read more
Helpful
Report abuse

Josella
5.0 out of 5 stars ANOTHER GREAT BOOK FROM HALEY
Reviewed in the United States on January 17, 2020
Verified Purchase
This book is a very dark MC story. Jaguar and Della's story is so intense. You get to the point where you are so frustrated with Jaguar you end up hating him. Then out of the blue you get hit with a surprise. I have enjoyed every book Haley has written. This book is a must read.
Read more
2 people found this helpful
Helpful
Report abuse

Deb
5.0 out of 5 stars Amazing
Reviewed in the United States on January 19, 2020
Verified Purchase
I couldn't put this book down. The twists and turns kept me on the edge of my seat and I had to know what was going to happen next. Jag and Della were toxic from the very start and when Eagle came into the picture I knew he was the man for her. In the end Jag went to far and lost himself by doing something he never come back from. I so happy for Eagle and Della and can't wait to see what the future holds for them.
Read more
Helpful
Report abuse
See all reviews

Ruthy
3.0 out of 5 stars Not for me
Reviewed in the United Kingdom on June 5, 2021
Verified Purchase
I enjoyed the first book to an extent, read through two and three but I stop after this one. It’s excellent writing but the plots are a tad too dark for me to continue. Jaguar goes too obsessive for me to enjoy.
Read more
Report abuse