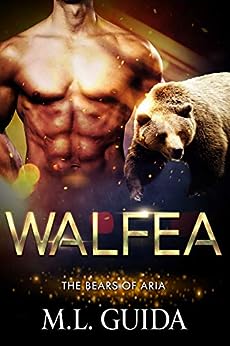 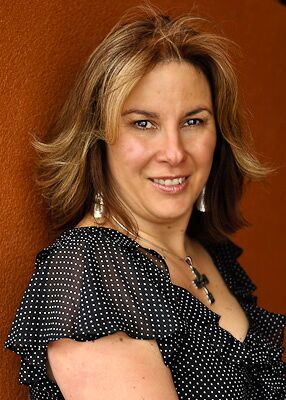 by M.L. Guida (Author) Format: Kindle Edition
Book 3 of 3: Bears of Aria
See all formats and editions
Sorry, there was a problem loading this page. Try again.

He craves a mate. She needs a protector. Can two hearts from different worlds unite in universal love?

Skye is terrified of the stalker she can’t seem to shake. Fleeing to a secluded cabin refuge, the rockstar knows it’s only a matter of time before he tracks her down. But she never expected her fearful escape to reveal an alien bear-shifter who claims her as his mate…

Walfea blames himself for his brother’s brutal murder by a relentless enemy. But after the shifter discovers his heart’s destiny on Earth, he shoves aside the agonizing guilt to shield her from a dangerous rival. With his passion unleashed, he prays that this time he can protect the one he loves.

As her deadly pursuer closes in, Skye fears her steamy attraction to her mate from another world may not be enough to keep her alive.

Can the star-crossed lovers defeat a jealous attacker before he tears their hearts to shreds?

Walfea is the third book in the Bears of Aria sci-fi romance series. If you like dark passions, sizzling chemistry, and page-turning science fiction adventures, then you’ll love ML Guida’s scorching shape-shifter novel.

I was surprised at how much I enjoyed this book. I look forward to read the other books in the series.LuDena Radford from Good Reads

This book is a spin off from the Dragons of Zalara series. The Bears of Aria first appear in Madness Unmasked and you'll not only meet Walfea, but the three brothers, Tash, Vaughn, and Ryruc. Each of the three brothers will have their own book, starting with Vaughn.

Award Winning Author M.L. Guida loves science fiction and the paranormal. From Star Trek to Dark Shadows to Supernatural, she fell in love with things that go bump in the night. But it was the heroes, she loved the best. No matter what happened, those characters never gave up. Now, her heroes are following their footsteps. Whether it's a shape shifter from outer space or a vampire from the past, her wounded heroes always find a way to conquer battles and win the heart of the feisty heroine. Because even in a world of darkness, true love survive.
Read more

Award Winning Author M.L. Guida loves science fiction and the paranormal. From Star Trek to Dark Shadows to Supernatural, she fell in love with things that go bump in the night. But it was the heroes, she loved the best. No matter what happened, those characters never gave up. Now, her heroes are following their footsteps. Whether it's a shape shifter from outer space or a vampire from the past, her wounded heroes always find a way to conquer battles and win the heart of the feisty heroine. Because even in a world of darkness, true love survives. Sign up for M.L. Guida's Supernatural Scroll on her website at http://mlguida.com to learn about new releases and giveaways. She also has a readers Facebook Group called M.L. Guida's Supernatural Lounge. She has giveaways, news, and ways for her to connect with you.

Kristal H.
5.0 out of 5 stars Awesome!!
Reviewed in the United States 🇺🇸 on February 1, 2022
Verified Purchase
As I mentioned in my review of the first book in this series, they are definitely misnumbered. This should actually be the first book in the series with Vaughn following, and then Tash. And although I definitely enjoyed the whole series, there are spoilers in Vaughn's book that could definitely ruin your enjoyment of this book. I still definitely recommend you read the series, and hopefully some of you will actually pay attention to the reviews and read the books in the proper order. Mature eyes only due to hot 🔥 Bear Shifter/Human loving!!!
Read more
One person found this helpful
Helpful
Report abuse

Juanita E. Arp
5.0 out of 5 stars Good 👍story
Reviewed in the United States 🇺🇸 on March 26, 2020
Verified Purchase
I really enjoyed reading this book, it has a good storyline, this book is thoroughly entertaining and filled with action, adventure and intrigue. The chemistry and interaction between the characters of Skye and Walfea is wonderful. I can't wait for more from this author. I received this book as a FREE ARC copy to read and I voluntarily leave this review.
Read more
Helpful
Report abuse

Tigra
4.0 out of 5 stars Another Great Story
Reviewed in the United States 🇺🇸 on August 1, 2020
Verified Purchase
This one should have come first in the series as Walfea and Skye are mentioned in the first book. This story explains what happened to Skye and Sandra that was mentioned in the first book. As with the other two books, this one kept you on your toes as you read what happens with Walfea and Skye. It does have a HEA.
Read more
One person found this helpful
Helpful
Report abuse

Sydney M Neblett
4.0 out of 5 stars Sent from the stars
Reviewed in the United States 🇺🇸 on April 28, 2019
Verified Purchase
What a great beginning. The author really went the extra mile with these bears. I love that this series overlaps her dragon series. The bears are hot and alpha and the ladies are strong and willing to fight for their men. Well they might fight for them eventually, but they have to learn to trust first and that road may be longer than the men hope for. But like all good love stories they are sure to find their HEAs. I can’t wait to see what happens next!
Read more
Helpful
Report abuse

Kindle Customer
5.0 out of 5 stars Protecting his mate.
Reviewed in the United States 🇺🇸 on February 1, 2021
Verified Purchase
This was even more exciting than her last book. This deals with real life evil people who seek to posses others that don't want to be theirs. Great job of projecting the fears and betrayal. Loved that both chatecters have a deep hurt that needs to be healed. Love the way it connects to other books. Must read. Can't wait to read the next book.
Read more
Helpful
Report abuse

Dmauritzen
4.0 out of 5 stars Good Read
Reviewed in the United States 🇺🇸 on April 29, 2019
Verified Purchase
This was a good read. This was a great start to the series. The storyline was interesting and the characters are fun and exciting. If you love a great dragon shifter romance adventure with great characters and a good storyline then this story is for you.
Read more
Helpful
Report abuse

Kindle Customer
5.0 out of 5 stars Great book
Reviewed in the United States 🇺🇸 on November 30, 2019
Verified Purchase
I love this author and all her book that I have read. I can't wait to read them all. I like that they carry basically the same story line.
Read more
Helpful
Report abuse
See all reviews

Trish Kearns
3.0 out of 5 stars Bears in space
Reviewed in Australia 🇦🇺 on March 8, 2019
Verified Purchase
Enjoyable tale, action and adventure.
But the editing let this story down.
She being stalked, it doesn't matter what she does or where she goes he finds her.
He captured her once , and knows she won't live in he catches her again.
Read more
Report abuse
See all reviews
Report an issue
Does this item contain inappropriate content?
Report
Do you believe that this item violates a copyright?
Report
Does this item contain quality or formatting issues?
Report