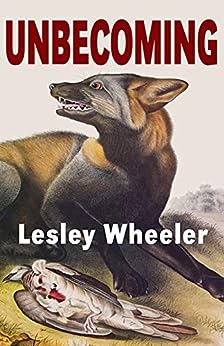 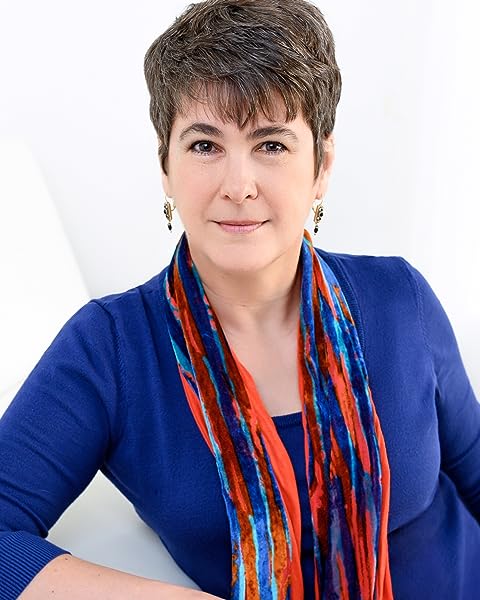 A middle-aged college professor taps into her magical ability in the midst of personal and professional chaos in this excellent feminist fantasy from Wheeler (The Receptionist and Other Tales). Cynthia's world is falling apart. She's suffering through hot flashes, her husband's off in North Carolina, her teenage children are testing their wings, and her best friend, Alisa, has left on a mysterious faculty exchange program with a remote college in Wales. Stepping into Alisa's professorial role at Cynthia's small liberal arts college in Virginia is the oddly charismatic Sophia ''Fee'' Ellis, whose strange behaviors (sleeping outside, causing dogs to bark, looking right at anyone whispering about her even when she couldn't have overheard) quickly become the talk of the English Department. As the bizarre happenings around Fee grow more extreme and Alisa proves impossible to reach, Cyn realizes that everything she wishes for, intentionally or no, seems to be coming true. Cyn will need help to understand what's happening to her, but can she trust the secretive Fee for guidance? Wheeler's prose is gorgeous and her characters are marvelously detailed. Cyn is by turns sarcastic and serious but always empathetic, and the mysterious Fee is surprisingly down-to-earth for all her arcane knowledge. Readers will be taken with this powerful and deeply satisfying tale. (starred review) --Publishers Weekly --This text refers to the paperback edition.

Lesley Wheeler is the author of The Receptionist and Other Tales, which was on the Tiptree Award Honor List, Heterotopia, winner of the Barrow Street Press Poetry Prize, Heathen, Voicing American Poetry, and other books. With Moira Richards, Rosemary Starace, and others she coedited the anthology Letters to the World: Poems from the Wom-Po Listserv. She maintains a blog on poetry's possible worlds at lesleywheeler.org and is the Henry Fox Professor of English and Washington and Lee University in Lexington, Virginia. --This text refers to the paperback edition.

Lisa M. Connors
5.0 out of 5 stars An Enjoyable Read
Reviewed in the United States on July 21, 2020
Verified Purchase
You don't need to be associated with academia to enjoy Lesley Wheeler's new novel Unbecoming. Set in a small Southern college town, the main character, Cyn, is struggling with life's curves and ups and downs, so I daresay we can all relate in some way. When her best friend goes on a mysterious leave, Cyn's world seems to unravel further, leading her to discover some magical powers. Are they related to menopause? Do we all have these powers? Lesley's beautiful and often humorous prose will have you pondering such questions, and along the way engross you in an enjoyable page-turner.
Read more
One person found this helpful
Helpful
Report abuse

MFJ
5.0 out of 5 stars Powerful
Reviewed in the United States on January 12, 2021
Verified Purchase
I haven't stayed awake until nearly daybreak to finish a book in a very long time. Yet, here I am, writing a review at 4:30 am. As a menopausal academic, I felt perfectly at home with this character and setting, but the 5 star review is deeper than that. Wheeler's descriptive language perfectly renders everyday objects and people (including Pluto, the cat) with such clarity that the shimmer of magic sits lightly atop the storyline. True magical realism, the novel has a remarkable fluidity that my now sleep-deprived brain cannot conjure words to describe. But if you are dithering over whether to buy and read this novel, do it.
Read more
One person found this helpful
Helpful
Report abuse

Katherine G. Riegel
5.0 out of 5 stars Magic, women, academia
Reviewed in the United States on May 19, 2020
Verified Purchase
I love the in-between genre of it--literary or fantasy--though I'm glad I read it on Kindle because the cover would not have drawn me in, and I can't match it really with the book I read. Anyway, the book had me at hot flashes and magic, but kept me there with the realities of interactions between women and the details of life in the troubled past four years. Touches of Buddhism and Irish folklore and yet no adherence to any single tradition–right up my alley. As someone who left academia but still misses teaching, I appreciated the college setting.
Read more
One person found this helpful
Helpful
Report abuse

Dr. Barry Braun
5.0 out of 5 stars A page turner about academic life? Who'd have thought?
Reviewed in the United States on June 28, 2020
Verified Purchase
If you are in the world of academia, you will recognize the situations, the characters, the whole mishegass of life as a faculty member at a university. I am; and I laughed, cringed, shook my head and rolled my eyes - sometimes all at the same time. But Unbecoming is a great read even if you are not immersed in the academic lifestyle - it is wry and sweet and acidic and insightful and funny and most of all, a really well-written story that compels you to turn the pages to find out what happens next, and to whom. But don't be tempted to race ahead or you will miss sentences like "the snow melted, then refroze, turning the roads into ice-mirrors in which a person could watch herself procrastinate". I loved this book!
Read more
One person found this helpful
Helpful
Report abuse

Sharon Harrigan
5.0 out of 5 stars The Great American Menopause Novel
Reviewed in the United States on December 1, 2020
The Great American Menopause Novel. How refreshing! There are so many mid-life crisis stories and movies from the male point of view, but this seems wholly original and an antidote even to all of them. I love the way Unbecoming uses "blood magic," how it turns menstrual blood--something that so many cultures throughout history have treated with scorn and used as a way to keep women down--as an energy source, a source of power. Brilliant! There's so much that's playful and funny in the book, too, including the nicknames—the way Sophie becomes Fee, which makes us think of fairies (the French word fée) and also cost, the way in the book that the cost of one life is another life in exchange, as the cost of freedom is finding another person to take your place. Such a juicy ethical dilemma, which would fuel some passionate book group discussion, I’m sure. The main character, Cynthia, is nicknamed Cyn, which sounds like sin, the original sin caused by Eve. The name Rose has a wonderful William Blake reference. And all the other literary references throughout are so much fun. Unbecoming chronicles what it's like to inhabit a body that is going through The Change so accurately, mixing the everyday physical details, such as hot flashes and joint pain, with magic and metaphor. The way the book entwines a narrative of mostly realism with actual magic is a hard feat, and skilfully done. The book is also about rediscovering the love in a long-term marriage, defending a liberal arts curriculum in academia, parenting teenagers, the complicated world of female friendship, the compromises women make in their professional lives for the sake of their families, and—importantly—racism in the South. All this told by a writer with the ear of a poet. Great storytelling and beautiful prose!
Read more
One person found this helpful
Helpful
Report abuse

Jeannine Hall Gailey
5.0 out of 5 stars An academic novel about a woman claiming her own magic
Reviewed in the United States on July 9, 2020
It's rare to find an academic novel told from the standpoint of a female academic, so I was excited to read this tale from Lesley Wheeler, even more so when there was a whisper of the power of menopause, female friendship, and possibly faerie-related academic rivals. When off things start happening to the main character, she brushes them off - but as the book moves forward, she can't help facing that she not only has power, but may have been using it in the wrong directions. A missing best friend, an unraveling marriage, a mysterious new academic colleague that may or may not be a malevolent faerie, troubled teens, and keeping peace within the English department kept me reading all night. I could even see this as a movie!
Read more
One person found this helpful
Helpful
Report abuse

Kathryn N Davis
5.0 out of 5 stars Menopause and special powers
Reviewed in the United States on December 26, 2020
I loved this story of menopause as a time of special powers. And with the main character a wife and mother serving in a leadership position in an academic setting, it's fascinating to watch how those "powers" play out against the challenges she faces.
Read more
One person found this helpful
Helpful
Report abuse
See all reviews
Back to top
Get to Know Us
Make Money with Us
Amazon Payment Products
Let Us Help You
EnglishChoose a language for shopping. United StatesChoose a country/region for shopping.
© 1996-2021, Amazon.com, Inc. or its affiliates