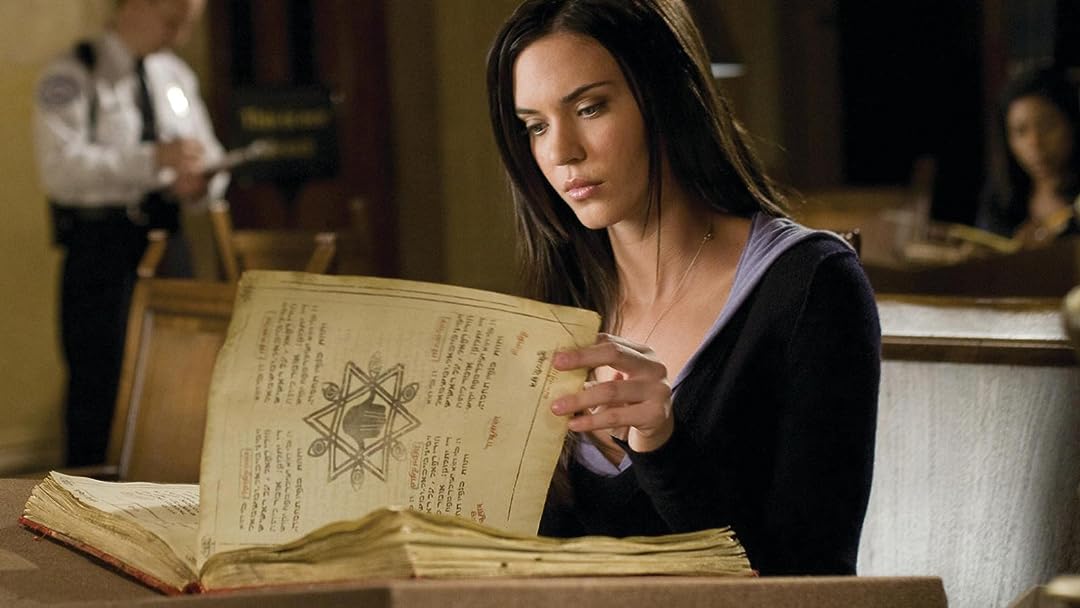 Avid readerReviewed in the United States on September 7, 2021
4.0 out of 5 stars
Very effective
Verified purchase
The story is sort of like an onion, where the real jolt is in the center. Slowly, layer upon layer is un-peeled, to provide more of the story, and the back story of why it is happening. To say more would spoil the movie for some, but it is done in a very effective manner. Whether one accepts the premise is irrelevant, as it is a movie. But Casey, the main character, accepts what is happening, and she sells it to the audience.
2 people found this helpful

Carol D'CruzReviewed in the United States on October 14, 2021
4.0 out of 5 stars
Exorcist Reincarnated
Verified purchase
Really entertaining watch. Good actors, good story line, and a tantalizing ending. Better than most (if not all) recent horror films.

psyc0geck0Reviewed in the United States on October 31, 2021
3.0 out of 5 stars
A horror thriller that is neither bad nor great in my opinion.
Verified purchase
Without giving away to much of the plot it's your basic evil spirt wishes to born into the world movie hence the title. It's does well for itself in driving the mystery as to why and how yet fails to deliver in its own self-established lore and logic as the dybbuk entity seems to move freely from one person to another possessing it's victims regardless of their strong convictions or religious faith, with apparently no difficulty whatsoever. So it springs to mind... If it can do that why does it need to be born anyway? In the end a group tries to confront it but really fails miserably and what apparently could have been done with just two people... eh, kind of succeeds? Within the plot this evil spirt has a name, and by definition if you look up the name/word Jumby, it's an evil spirt or minor demon, certainly doesn't seem to be such being its so powerful as to kill so easily everyone that gets in its way. Even the devil himself in The Exorcist had a HELL of a time... sorry for the pun. All in all, not a bad movie, the acting and cinematics are very decent but the obvious plot holes and logic flaws could be hard to ignore. More consideration in the writing to hash out these things would have help to bring some justification in the events. Just watch it and enjoy it as a simple scare flic without having any expectations of a roller coaster, it's more of a love canal of a thrill for the horror fans out there.

marlagxReviewed in the United States on September 30, 2021
5.0 out of 5 stars
Terrifying To The Extreme!
Verified purchase
This movie was absolutely spectacular. Terrific acting and the suspense of not knowing what will happen next. This is a must watch. Absolutely horrifying! Scared the crap out of me. I know I will have nightmares tonight. I wish I could give this movie 100 stars.

JA M-VReviewed in the United States on October 4, 2021
4.0 out of 5 stars
Great film
Verified purchase
Great cast, and interesting story. I was not expecting it to be good, but it turn out to be great...well almost great.

CryWolf854Reviewed in the United States on August 18, 2012
2.0 out of 5 stars
Jumby Says He's Bored Now
Verified purchase
Poor Casey (Odette Yustman Annable; And Soon the Darkness, "October Road") is having a rough week. Not only is she having strange dreams about her crazy, suicide mom but her nightmares are being invaded by visions of a demonic, long dead little boy. The creepy little boy she babysits is adding an extra dose of the creepy as well as knocking her upside the head with little mirrors while spouting off bad horror movie dialogue. And what's with all the strange knockings emanating from her bathroom mirror? And who owns that feroucious dog with the upside down head? And can someone call the exterminator to get rid of all the bugs that keep falling out of her eggs and crawling across her term papers? And who is Jumby?

Her friends are no help. Her dimwitted boyfriend Mark (Cam Gigandet; Twilight, Priest) would rather lay around in his tightie whities and express deep philosophical insights about how vast the universe is (hey, he may be pretty but he's no Himbo!) than offer any support to her. Her BFF Romy (Meagan Good; Saw 5, Eve's Bayou), who is suppose to be some sort of supernatural expert, is ready to have her commited. And her father is conviently out of town an no one has bothered to call him to let him know that his princess is in a desperate battle for her life and soul against a very powerful Dybbuk (or a Hebrew demon).

But luckily for Casey she has her Grandma Sophia (Jane Alexander) on her side. Oh, wait, Grandma Sophia has been disposed of permanently by some double and triple jointed old guy in the home who can contort his body at wild angles and walk like a spider. So that leaves Rabi Sendak (Gary Oldman; Bram Stoker's Dracula, Romeo Is Bleeding) to connect with his inner Merrin and wage war against the Dybbuk before it achieves it's ultimate goal of destroying Casey and being born into our world.

While it does sport so very impressive and, at times, very frightening visuals, it just can't erase the simple truth that this movie is boring. It's just one cliche scene after the other. So much do that it took me three sittings just to get through it. Yes I admit the upside down headed dog was impressive...the first one or two times. By the sixth and seventh sighting, I was ready to throw Cerberus a rawhide bone just to give it something more interesting to do besides snarl. The cast (aside from Gigandet who couldn't act his way convincingly through a Christmas play) do their best to lead us through this mess but even they appear to not fully know where the story is going. In one scene, after witnessing the death and reanimated possession of one of their friends, Casey, Mark, and Rabi Sendak appear in the very next scene at an all night diner acting as if nothing out of the ordinary had just happened. I, for one, would be freaking out and high tailing it to the first synagogue I found. Scenes like this play out all through the movie. The little boy tells Casey that "Jumby wants to be born now.". A few minutes later, Mr. Casey's dad tells her that she had a twin who died in utero and that his nickname was, wait for it, Jumby (Quite a twist, huh? Betcha you didn't see that coming!).

While they had a chance to pull off a fairly good idea, the execution of it is poor. The whole Jewish folklore surrounding the Dybbuk demon sounds incredibly interesting and scary, in the end the producers opt for cheap thrills and jump scares. If Jumby really wants to born now, surely he would've picked a better script to be born through instead of this one. I'm giving it two stars for a few reasons: One for the visuals and for introducing us to the Dybbuk and a Jewish exorcism and Two just because Odette Annable looks really hot in her underwear that she models a lot through this movie.

Rather be at the BeachReviewed in the United States on September 5, 2015
4.0 out of 5 stars
FANTASTIC SCARY MAKEUP & EFFECTS…& A GREAT BACKSTORY! JUST A GOOD SCARY MOVIE!
Verified purchase
This movie began with a scary scene and was relentlessly scary throughout. The story unfolded a little too slowly (really the only complaint we could think of), but the story was really, really interesting and based on true facts from World War II! The makeup and effects were topnotch and the settings were appropropriately dark and creepy. There are some heavy-hitting actors, too…Gary Oldman, Idris Elba (who is being considered to play the next James Bond), Jane Alexander and Carla Gugino). Parts of this movie were as scary as The Exorcist! It is SO DIFFICULT to find a really good scary movie, and this is one of them (I'd love to give it 4.5 Stars).

UPDATE: My daughter watched it with a couple of friends one night, and they asked her to turn it off so they could watch it during the daytime…they said it was too scary to watch at night!!!
8 people found this helpful

Richard JensenReviewed in the United States on September 21, 2021
3.0 out of 5 stars
Pretty good; better than most of what's on Prime
Verified purchase
It's pretty slow and predictable throughout. Good acting and special effects, which is worth the watch. But the story isn't particularly compelling, nor is the ending any surprise.

The director is pretty heavy-handed with basically forcing you to know what each step in the plot development is going to be. The film doesn't lead you along. Instead it clomps ahead and drags you along while pointing relentlessly at what's next. So the whole impression is clunky and plodding.

But it's not a waste of time, and if you like the genera, you'll get enough value out of it. Don't pay for it, though! Free on Prime is the only way this holds up.
2 people found this helpful
See all reviews
Back to top
Get to Know Us
Make Money with Us
Amazon Payment Products
Let Us Help You
EnglishChoose a language for shopping. United StatesChoose a country/region for shopping.
© 1996-2022, Amazon.com, Inc. or its affiliates