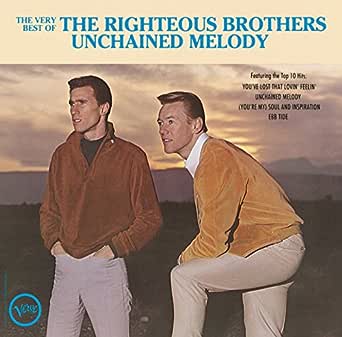 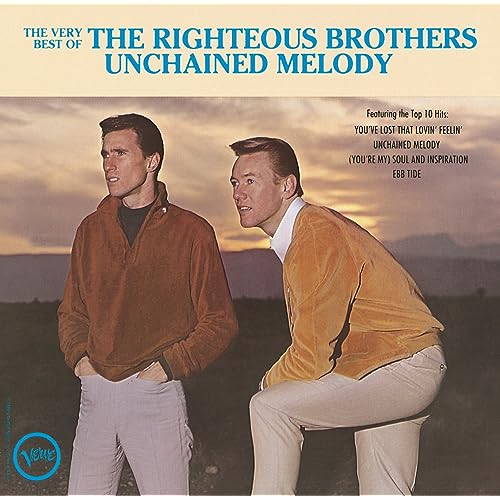 4.8 out of 5 stars
4.8 out of 5
308 global ratings
How are ratings calculated?
To calculate the overall star rating and percentage breakdown by star, we don’t use a simple average. Instead, our system considers things like how recent a review is and if the reviewer bought the item on Amazon. It also analyzes reviews to verify trustworthiness.
Top reviews

womanofthecastle
5.0 out of 5 stars Love song and Righteos Bros
Reviewed in the United States on November 27, 2019
Verified Purchase
I believe one of the vocal critics on tv hates this song. Perhaps he simply hates the way contestants butcher the song. I don't really know. What I do know is that I really love this song, and this is the original version of the song. Love the Righteous Bros as well.
Read more
Helpful
Comment Report abuse

Daisy STop Contributor: Cooking
HALL OF FAMETOP 500 REVIEWER
5.0 out of 5 stars My favorite romantic song. This is a wonderful recording.
Reviewed in the United States on May 18, 2017
Verified Purchase
Well I search several Righteous Brothers songs for Unchained Melody. This one, in my opinion is the original recording. This song has great memories for me. I find it very romantic and a great dance song.

Bob DeReimer
5.0 out of 5 stars The Righteous Brothers "Unchained Melody"
Reviewed in the United States on December 12, 2012
Verified Purchase
For some reason the master copies of music by the Righteous Brothers were not preserved. Their early compact discs had poor sound quality. Well, somehow someone managed to correct this problem. Now the music sounds very good. "Unchained Melody" was featured in the film GHOST and became a #1 hit, though it originally charted #4 in 1965. This is a great song and the MP3 sounds excellent.
Read more
4 people found this helpful
Helpful
Comment Report abuse

Tom
5.0 out of 5 stars Good To Have
Reviewed in the United States on June 23, 2017
Verified Purchase
This is my boiler plate song review. It's a great addition to anyone's music collection, whether you use it for driving or just background noise while reading
Read more
One person found this helpful
Helpful
Comment Report abuse

Jim S 1959
5.0 out of 5 stars One of the Greatest songs ever written.
Reviewed in the United States on January 24, 2019
Verified Purchase
This song is one of the most iconic and beautiful songs ever written. Though sung by many, no one did it better than Bobby Hatfield of The Righteous Brothers. It is the perfect slow dance tune for any generation.
Read more
Helpful
Comment Report abuse

Perry
5.0 out of 5 stars Five Stars
Reviewed in the United States on March 4, 2017
Verified Purchase
How can you go wrong with these guys?!
Read more
One person found this helpful
Helpful
Comment Report abuse
See all reviews