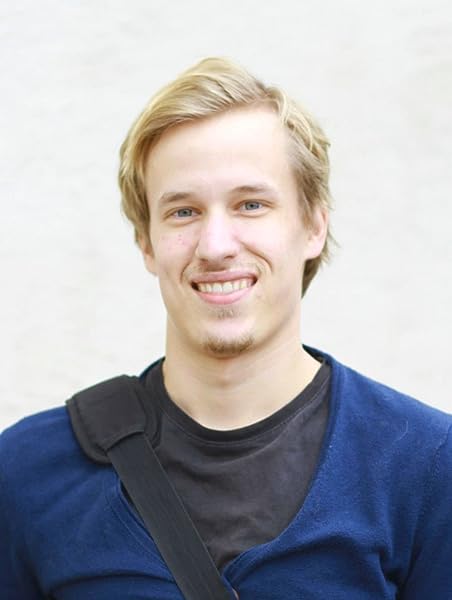 "I am officially a fan" - Maureen Dangarembizi, Readers' Favorite

Start reading The Unchosen: Book One of The Queen Beyond on your Kindle in under a minute.

4.1 out of 5 stars
4.1 out of 5
23 global ratings
How are ratings calculated?
To calculate the overall star rating and percentage breakdown by star, we don’t use a simple average. Instead, our system considers things like how recent a review is and if the reviewer bought the item on Amazon. It also analyzes reviews to verify trustworthiness.
Top reviews

Lee Dunning
4.0 out of 5 stars The Right Misfits for a Serious Situation
Reviewed in the United States on February 20, 2020
I received this book as part of an ARC program in exchange for an honest review.

Sometimes the wrong people are around at the right time. And sometimes those wrong people are exactly the right people to save the world. This is an enjoyable adventure which starts with a mistaken identity and then snowballs into more. This isn't a slapstick farce, but there is humor sprinkled throughout the tale, mostly via people's misinterpretations of dialogue and situations. Some of the funnier bits involve the dwarf relating his adventures to our hero. This isn't a story strictly set up for laughs, though. The foe is pitiless and the dangers are real.

One of the things I liked about the story is that Nathelion develops as a character, becoming increasingly worthy of the task he's inadvertently signed up for. He's not grossly overpowered. In fact, the individual who is the most powerful is burdened with a terrible condition which makes him all the more interesting. The dwarf is like no other dwarf I've ever read about. The brave knight is sometimes likable and sometimes maddening. The bard... Well, we won't go there.

Definitely worth a read. This is the author's first book, but reads much better than most first books. I plan on reading the next in the series.

This book feels very, very long, without really being complete, and I think that's because it's almost entirely build-up, with no real climax or pay off. Literally all of this novel is the characters moving from Point A to Point B, where they can hopefully figure out how to stop the end of the world, but they don't even actually reach Point B in this novel. The closest thing to a climax is a skimmed-over battle scene, and then a sudden show of power from another character 4 pages from the end. Nothing is learned, gained, or resolved. All sorts of questions pop up - what monster(s) are killing people? what's the countess up to? how did the evil goddess get free? what's the deal with our main knight guy and his son? who bought all that armor and stuff that happened to perfectly fit our main hero? how does our main hero know how to fight? is it the sword? speaking of, what happened to the knight originally wielding it? etc. - but literally none of them are answered. This is not a book that can stand on its own in any way - it is 100% just a stepping stone for the "actual" plot.

It also manages to be very bloated in places, without really giving you any "meat." There is scene after scene of the dwarf character's background and hints of what dark and terrible past he has, even though you understand exactly what he did from the very first flashback. Similarly, our wizard character has numerous flashbacks to whatever it was he did in the past that kickstarted this whole thing, although we never manage to actually figure out what that is. It really just feels like unnecessary padding, and adds very little to the story. Tales like this should be from one character's perspective, and we should unravel other characters' pasts through him, not have it just thrown at our feet willy-nilly. It was also confusing to read different perspectives and dream sequences because there wasn't much indication that these things were happening. This is just a formatting issue, but I think putting character names in the chapter titles (or just below them) and putting dream sequences or flashbacks in italics would have really helped.

(Also, I just realized, we literally have an entire chapter from a potential antagonists POV, and then literally never see him again in the rest of the novel. Why??)

All that being said, this novel does have hints of greatness. The premise, for one, is very interesting. The idea of a non-chosen chosen one is funny, but genuinely intriguing. NN, our hero, is likable enough, and you can root for him (though his constant nay-saying wears thin, especially as he continually sees new things and yet refuses to grow from or accept them). The other characters are pretty typical of the genre, but not poorly written (aside from the bard, he's exasperating and a pointless addition to the team). I'm curious about the main plot, and where it will go. But I don't think I can read through another novel as packed with pointless detail as this one.

Overall, if you just want standard fantasy with a twist and have enough patience to see the series through, you might be interested in this, but it definitely needs a lot of cleaning up to be a really good, well-paced novel.

Allison J. Springer
5.0 out of 5 stars the start of an epic
Reviewed in the United States on August 11, 2019
I was pleasantly surprised by this book. Using the language of high fantasy and the form of an epic dungeons and dragons campaign, Markusson weaves a tale that although I was resistant, managed to draw me in completely.

Nathan is an orphaned farmhand who yearns to be free from his indenture. He wants wealth and wenches and the finer things in life. A series of unfortunate coincidences leaves him in possession of a magnificent and uniquely decorated sword which in turn leads to his mistaken identity.

Alwural is wizard, having seen hundreds of summers, his body and mind seek to rest, however, before he can do that, he must right a wrong. He must complete a quest so hopeless and deadly that it may claim him and all the world before it is done.

Add to this a dwarf with a past that haunts him and which he reveals to no one, a mysterious, yet famous knight and a seemingly foppish bard. They all converge and head somewhat ignorantly towards their doom; towards a quest to vanquish the Queen Beyond. Everyone in this band is missing vital pieces of information about where they are headed. No one seems to fully believe who they each claim to be. They each carry self doubt and look to their companions for the hope they need to finish their journey.

At first I was taken aback by all the literary digressions: each character has moments of reflection that I felt were taking away from the main story. But then I realized that the author was staying true to the D&D campaign and High Fantasy: bringing the reader along as the characters get to know each other as well as themselves.

As I feared, the book ended with an unsatisfying conclusion since the group was far from their goal. The more I read, the more I realized this would be the case. Now all I can do is wait for the next installment.

I received this book as an ARC and am giving it my honest, voluntary review.
Read more
Helpful
Comment Report abuse
See all reviews