Uncle Otto's Puppet Theatre: A Jewish Family Saga and millions of other books are available for Amazon Kindle. Learn more 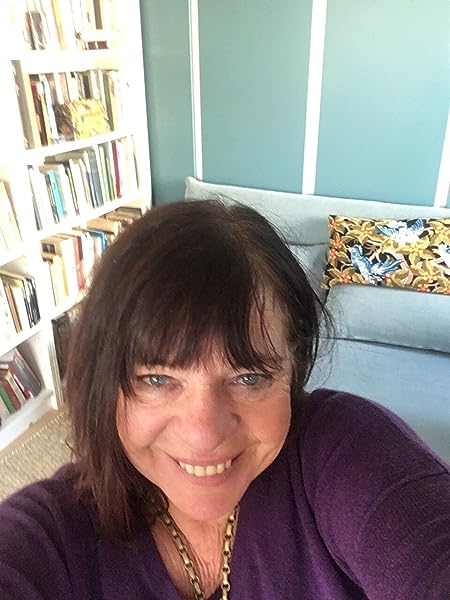 Start reading Uncle Otto's Puppet Theatre: A Jewish Family Saga on your Kindle in under a minute.

Giles Merritt Friends Am
5.0 out of 5 stars If you read one non-fiction book in 2020, this should be it!
Reviewed in the United States on January 14, 2020
Verified Purchase
An excellent book! Humane, witty and wise. Tells of the ups and downs of the author's talented Jewish family from Austria over 150 turbulent years, including their fates at the hands of the Nazis. Easy to read and hard to put down. Highly recommended.
Read more
2 people found this helpful
Helpful
Report abuse

Brooks Tigner, journalist and author of the social crime novel, Pick-up Sticks.
5.0 out of 5 stars Making sense of Jewish Mitteleuropa
Reviewed in the United States on January 6, 2020
Before it fades completely from living memory, the vanished complexity of before-the-wars Central Europe is beautifully laid out in this story of a diverse but tightly-knit Jewish family whose roots once spread across the region. Part memoir, part detective story, Uncle Otto traces the ethnic and intellectual geneses of the author’s extended clan and its deracination – both planned and forced – as the gathering storm of World War Two cast her ancestors to the wind. Grauman’s direct but sensitive prose frames what is necessarily a fractured saga, but one full of meaning for the reader as she pieces it together. Highly recommended.
Read more
One person found this helpful
Helpful
Report abuse

Kate C.
5.0 out of 5 stars Painstaking research, beautifully written
Reviewed in the United States on September 1, 2020
The author gives us an intimate window into her family, yet still manages to preserve each person's integrity and dignity. Many of their stories are tragic, yet this is not a sad book. Ms. Grauman shares her history with respect and care for each individual, and takes us along on her rigorously researched, lovingly narrated journey of discovery.
Read more
Helpful
Report abuse

robert madelin
5.0 out of 5 stars A hundred years of life through and beyond horror into modernity.
Reviewed in the United States on June 27, 2020
A fine read. Unknown angles on one Jewish family's life as Hitler took over Europe. Czechoslovakia, Havana, Vienna, Tel Aviv, Brussels, Wales, US. And many insights into the psychology of survival, integration, memory and forgetting.
Read more
Helpful
Report abuse
See all reviews

john richardson
5.0 out of 5 stars An intimate glimpse of how a Jewish family and its future were destroyed in Vienna in 1938
Reviewed in the United Kingdom on March 31, 2020
Verified Purchase
What a stunning book. Instead of repeating the dreadful general story of how the Nazis destroyed a whole Central European civilisation, it describes in intimate detail how one large Jewish family was affected. Wonderfully researched details and poignant family memories bring to life the anguish and how it stunted the lives of the family members who survived. A tour de force
Read more
Report abuse

Amazon Customer
5.0 out of 5 stars Vivid, memoir-based story of three generations in and around Vienna and WWII
Reviewed in the United Kingdom on February 4, 2020
Verified Purchase
Wonderful story-telling based on family memoirs and photos, going back three generations. Descriptions of life in 19th c Vienna and countryside, a Jewish family that did not identify with the religion, though forced to emigrate or perish. A vivid description of real people whose lives - and temperaments - were shaped by history and geography.
Read more
Report abuse

lucy@lucyaspinall.com
5.0 out of 5 stars Amazing Story
Reviewed in the United Kingdom on March 1, 2020
Verified Purchase
What an amazing story - and beautifully told. Well done for getting it out there - an important piece of testimony. Nick
Read more
Report abuse

Ilona von Bethlenfalvy
5.0 out of 5 stars deeply emphatic dive in the tragic Central European history
Reviewed in the United Kingdom on December 19, 2019
Verified Purchase
A highlight of my readings . A wise compassionate and knowledgeable book. A deep insight in the Zeitgeist of central Europe’s tragic history. So moving. Ways of dealing with Emigration and displacements.
Read more
Report abuse

John Klassen
4.0 out of 5 stars European Lives and Lessons
Reviewed in Canada on November 10, 2019
Verified Purchase
The denigration, dehumanization, and murder of millions of people in the Holocaust is impossible to grasp in the whole, but memoirs, stories, and accounts can bring the impossible to personal, comprehensible levels of understanding and empathy. Brigid Grauman’s book is a fine, well-written contribution to this literature.

Grauman’s story runs from the 1860s to today, chronicling the lives of her “large family with uncles, aunts and cousins in Vienna, Brno and Prague”. She places these lives within the political, social, and cultural changes that swept Europe, and describes how each family member, “reacted differently to the fact that they were Jews.” The basis of Grauman’s book is a remarkable treasure trove of unpublished narratives from seven different family members. This in itself presented challenges: “Different memoirs tell the same story differently because memory plays tricks, and also because emotions distort facts.” Grauman does an excellent job of putting the stories together, always with a judicious eye, and respect, for the differences.

The book is much more than the linear story of a large family. In weaving the different narratives together and thus reconstructing her own family, Grauman touches upon a number of universal themes: the use and abuse of historical narratives; the unreliability of even well-intentioned memory; the “fickleness of fear” through which people become inured to actions or policies as a means of self-preservation; the character-transforming effects of regrets and self-recriminations for actions taken/not taken; the generational effects of individual traumas; the possibility of forgiveness of oneself and others; the essential unknowability of the personal demons and compromises and lives of others; the need sometimes to be humble in judging the actions of others; the fragility of social structures including the law; the fragility of life; the evanescence of the memory of other lives. Throughout, Grauman brings to life a number of family members who were doing what we all do: trying to live and adapt and make a life In society with the love of family and friends. A book such as this reminds us that these things are to be treasured, and fought-for, because circumstances outside our control can sweep everything away.

I think the writing of this book was also a catharsis for the author. Grauman had a close, sometimes complex, relationship with her father, but in the end she realized that, “...I no longer had to filter my family through Bob’s [father] sensitivity. I had plunged into his memories and identified closely with him, but this had not given me much space for myself. Bob’s dying [in 2009] had freed me to reconstruct my family in my own words, through my own personality, without feeling that I had to seek Bob’s blessing or spare his feelings.” This is another universal sentiment that many can appreciate.

Grauman not only reconstructed her family for herself, but through this book she has wonderfully shared their lives, and broader issues, with readers.

—John Klassen
Read more
Report abuse
See all reviews
Back to top
Get to Know Us
Make Money with Us
Amazon Payment Products
Let Us Help You
EnglishChoose a language for shopping. United StatesChoose a country/region for shopping.
© 1996-2021, Amazon.com, Inc. or its affiliates