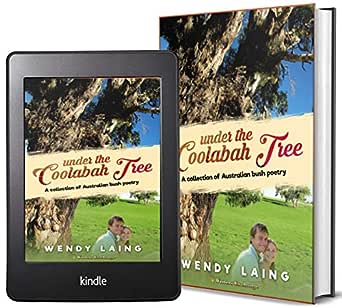 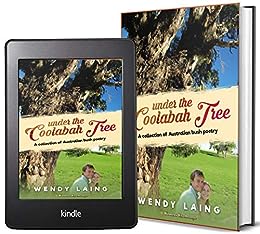 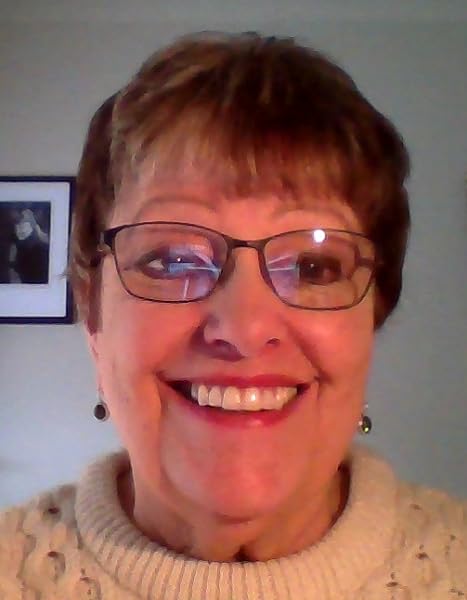 Under the Coolabah Tree: A Collection of Australian Poetry Kindle Edition

Wendy has a way with words that leads you through the jungles of Australia and entertains you in style." -- Kim Gaona from Kims Reviews

A short book to delight poetry fans! Each tells a tale or gives the reader something to think about." -- Detra Fitch from Huntress Book Reviews --This text refers to an out of print or unavailable edition of this title.

A Jill of all Trades, Wendy has been a teacher, curriculum consultant, travel agent, International airline employee, a professional dog trainer, holds a Bachelor of Arts Degree (majors professional writing & communications) a Teaching diploma, and plans to do a Master of Arts Degree in 2002 by a research thesis based on e-publishing!

She lives in rural Sunbury with her husband Dave and her four-pawed family. --This text refers to an out of print or unavailable edition of this title.

3.2 out of 5 stars
3.2 out of 5
3 global ratings
How are ratings calculated?
To calculate the overall star rating and percentage breakdown by star, we don’t use a simple average. Instead, our system considers things like how recent a review is and if the reviewer bought the item on Amazon. It also analyzes reviews to verify trustworthiness.
Top reviews

ITOC
2.0 out of 5 stars Homely Australian verse
Reviewed in the United States on August 7, 2011
Verified Purchase
I bought this book assuming from the title that it was a collection of Australian poetry from various poets. Instead it is Wendy Laing's own work. I'll quote a few lines and let you form your own opinion: "The only problem that he had/ T'was in Santa clothes he was clad/ On to the theatre he now did go/ To hand out presents for the show". There are about 31 brief poems included with titles like "Ow-Ya-Goin" and "Blowflies". They might amuse some people.
Read more
One person found this helpful
Helpful
Report abuse

Dave Laing
4.0 out of 5 stars Rollicking Aussie Bush Yarns in Poetry Genre
Reviewed in the United States on April 16, 2000
Wendy has covered almost every aspect of Bush life in Australia in her twenty four Rollicking Poems. I, an ex Scot, have driven around this vast Country, and can see where she gets her titles. The Kanga Man is typical of a Bush worker. He "spotlights" for Kangaroos in his "Ute" with his dog aboard. Yackandandah is the name of a town in Country Victoria. The Wildlife gets a good hearing with Poems about a crocodile, wombat, koala, kangaroo and kookaburra. History is covered by Gold Fever poem about "Ned" in the Goldfields of the late 19th Century. Digger is about the Anzac Spirit, a subject very dear to Australians. The Drover's Missus, the story of the Woman who is the backbone of the Bush, putting up with the harsh conditions of the "outback". She even has written a Poem about Aussie Sport with Av-a-go-yer-mug, describing the one eyed Sports supporter. I recommend this collection of Poems to all. Read it to yourself, then out loud.
Read more
One person found this helpful
Helpful
Report abuse

Wendy Laing
5.0 out of 5 stars Bawdy Oz Bush Poetry
Reviewed in the United States on March 15, 2002
I'm the author of this collection of Australian Bush Poetry.
I wrote this collection, keeping to the true format of the popular genre of 'Australian Bush Poetry' which should be either written by an Australian ( I'm an Aussie) or about Australia, or Australians in a metered rhyming verse! I don't claim to be a 'Banjo Patterson' but simply a fan of the traditional Australian poerty which thrives among the 'bushies' in the outback and the keen followers around Australia. I hope you enjoy them!
Read more
Helpful
Report abuse
See all reviews
Back to top
Get to Know Us
Make Money with Us
Amazon Payment Products
Let Us Help You
EnglishChoose a language for shopping. United StatesChoose a country/region for shopping.
© 1996-2021, Amazon.com, Inc. or its affiliates