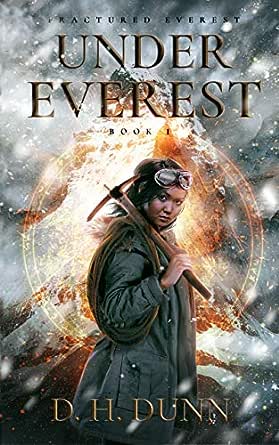 You've subscribed to Fractured Everest! We will preorder your items within 24 hours of when they become available. When new books are released, we'll charge your default payment method for the lowest price available during the pre-order period.
Update your device or payment method, cancel individual pre-orders or your subscription at
Your Memberships & Subscriptions
There was an error. We were unable to process your subscription due to an error. Please refresh and try again. 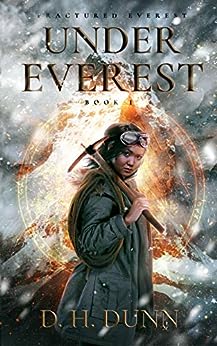 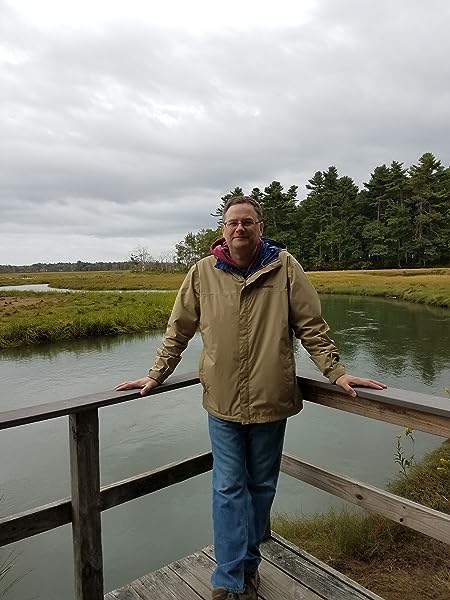 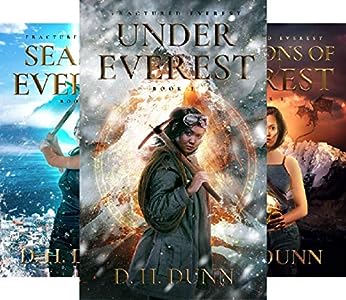 Ken Wallin
5.0 out of 5 stars From the top of the world to the worlds below . . .
Reviewed in the United States on November 5, 2018
Verified Purchase
D. H. Dunn brings us to the highest mountain on earth, and takes us not up, but Under. Set in a time when there is still an aura of mystique about Mount Everest, we follow a path of mystery and intrigue into a gateway to parallel worlds. This unique, highly imaginative blend of adventure, sci-fi, and fantasy gives us rich descriptions and imagery that puts us right on, and inside, the mountain. The characters are well defined and developed, each with their own reasons for being there. The tale is rounded out with unexpected twists that by turns take us by surprise or give us pause to reflect. With the story carefully crafted to catch the political and social climate of post-World War II, the mountain becomes a metaphor for life itself. Highly recommended, I'll be looking forward to the next installment.
Read more
Helpful
Comment Report abuse

Linda Wilson
5.0 out of 5 stars Amazing story
Reviewed in the United States on June 22, 2019
Verified Purchase
I enjoyed being on the rope so to speak throughout every chapter. New adventures in each chapter keep you captivated. I loved the central charters from the very beginning and felt a part of their adventures. I hope you will give this wonderful book a place on you reading list.
Read more
Helpful
Comment Report abuse

Kristine
5.0 out of 5 stars Awesome story!
Reviewed in the United States on October 1, 2018
Verified Purchase
This book will take you on a wonderful adventure. Its a beautifully written, fantastic journey. Great character development. The story both teaches and provides engaging entertainment. And best of all, the fantasy element takes one to the infinite possibilities of our world and galaxy. BRAVO, D.H. Dunn....
Read more
Helpful
Comment Report abuse

Jace Killan
5.0 out of 5 stars Fantastic World
Reviewed in the United States on September 10, 2018
Verified Purchase
I enjoyed this book a lot. Great setting and loved the world and magic system. I'm excited for what comes next.
Read more
Helpful
Comment Report abuse

kris
5.0 out of 5 stars Great read
Reviewed in the United States on July 25, 2018
Verified Purchase
This was a very enjoyable and intriguing book!
Read more
Helpful
Comment Report abuse

E. MacMichael
5.0 out of 5 stars Completely original!
Reviewed in the United States on June 14, 2019
Exciting drama unfolds on the slopes of Chomolungma (Everest). Each of the characters has a reason to be putting their lives on the line in such a dangerous environment. Nima and her brother need their guide fees to rescue their father from debt. Drew wants to help Nima and find a mysterious woman he's fallen in love with. Wanda from Warsaw searches for her lost father. Jang dreams of restoring his family's dynasty to power over Nepal. When flashing glimpses of legendary yetis lead them all through a portal into the mountain, they find themselves caught up in a struggle between other-worldly beings who are trapped in "the Under."

Throughout this fast-moving story, the author strikes a superb balance between fantastic, unusual action and fascinating character development. The tale is told from multiple points of view and includes unique concepts, a very bizarre dragon, and rather peculiar antagonists with some of their thinking explored. We get to know each of the characters quite well and watch them learn from each other through dire challenges. The story explores friendship, loyalty, personal priorities, and sacrifice for love.

I was glued to this book for many nights and found my thoughts drawn to the vivid imagery of portals, yetis, and crystalline magic. If you are intrigued by the daunting adventure of mountain climbing, let yourself be swept into this rich tale of extraordinary happenings on and in Everest. I've had my own strange experiences on the slopes of Shasta and can say with certainty that this story is much more than just well-spun fantasy. If the next book in the series is as satisfying as the first, I'm in for an exciting ride.
Read more
Helpful
Comment Report abuse

Katharine Mills
3.0 out of 5 stars Fantasy adventure in the tradition of Indiana Jones
Reviewed in the United States on July 22, 2018
A fast-paced, entertaining fantastic adventure in the tradition of Indiana Jones, Tintin, Haggard and Doyle, with considerably less sexism and racism. The unexpected friendship between the Sherpa girl Nima and American ex-sailor Drew provides the story's rather appealing core, rounded out by breathless hikes across the ice fields and a frankly magical adventure of portals and secret underworlds. The plot does have the rather heavy reliance on coincidence, and the high supporting-character death toll, typical of this genre, and a romantic subplot feels woefully underdeveloped, but overall it was at least as much fun as a good summer blockbuster. (Disclaimer: I received a free copy of this book from the author.)
Read more
5 people found this helpful
Helpful
Comment Report abuse

Tina L
5.0 out of 5 stars Unknown and Exciting new paths of thinking and kinship!
Reviewed in the United States on July 6, 2018
What a wonderful tale of family, (both blood and not), unknown creatures, rules, and paths yet to be taken! I look forward to the next journey.
Thank you D.H. Dunn for a great read!

"I received a free copy of this book and voluntarily chose to review".
Read more
Helpful
Comment Report abuse
See all reviews