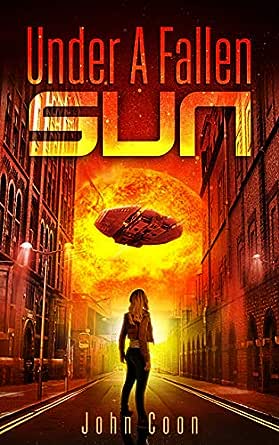 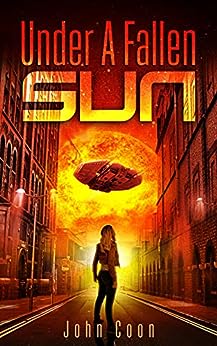 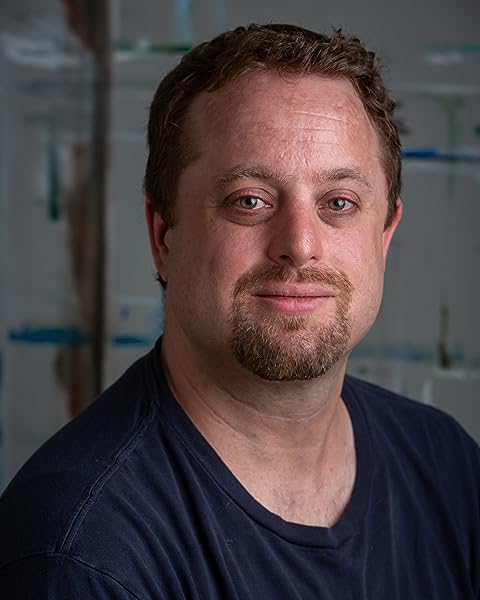 Under a Fallen Sun Kindle Edition

Being a storyteller is second nature to John Coon. Ever since John typed up his first stories on his parents' manual typewriter at age 12, he has had a thirst for creating stories and sharing them with others. John graduated from the University of Utah in 2004 and has carved out a successful career as an author and journalist since that time. His byline has appeared in dozens of major publications across the world. John's debut novel, Pandora Reborn, became an international bestseller on Amazon shortly after being published in 2018.

4.5 out of 5 stars
4.5 out of 5
17 customer ratings
How does Amazon calculate star ratings?
Amazon calculates a product’s star ratings based on a machine learned model instead of a raw data average. The model takes into account factors including the age of a rating, whether the ratings are from verified purchasers, and factors that establish reviewer trustworthiness.
Top Reviews

Girl's brother and his wife disappears on a drive east to take a new job in Albuquerque, so a month or so later she convinces her friends to take a road trip to Vegas, with the hidden agenda of finding them. West of Amarillo on I-40 they break down just by coincidence near the same town her brother happens to be holed up in. While this wouldn't be too bad if it were just Texas (there are precisely 2 towns with a double digit number of people or more between Amarillo and the New Mexico border), that's less than a quarter the distance to Albuquerque, and there are considerably more towns in New Mexico.

They find the town deserted except for something that attacks the trucker who gave them a lift into town. Of course, there's a barrier preventing exit and no cell phone or wireless or landline connectivity, and nobody has a radio that can reach so much as the trucker traffic on I-40, and nobody came to read the meters or deliver the groceries to the store the town has or anything else in all this time so the world outside is somehow clueless. Yes, my suspension of disbelief was getting tenuous.

The four millenials are so driven by social media that even in the midst of all this, they're still concentrating on that. My kids are social media millenials, and they'd change their priorities well before that point.

Then after they meet up with aliens who appear human and are on their way to be taken into custody, the clueless alien just happens to escort them past the stronghold of the last resistor in town and for some reason they decide to go in and ask him if he's got any Grey Poupon or something, and voila, it's the lost brother.

Brother has managed to hold out solo for six weeks or so despite being infected by alien DNA through using UV light to treat the infection, despite the fact UV light doesn't penetrate skin. Then of course there are the obligatory scenery chewing stupidities through which the author manipulates the plot. Well, so does any book, but when people won't consider obvious issues that any reasonable rational person would, that's
going too far.

The aliens aren't exactly all there in terms of their thinking either - and I'm going to leave it there because I don't want to go in-depth on all of that nonsense.

Basically, if you're looking for a mindless read, might be fun for you. If you expect some sort of intelligence on the part of the characters, not so much.

Stockade Amusement
5.0 out of 5 stars I don't trust the cat
Reviewed in the United States on July 25, 2019
Verified Purchase
I've been in the same situation as the protagonists -- car broken down in the middle of hot-as-all-getout nowhere. It's a really vulnerable, creepy place to be in. When my hold Civic broke down in Needles, CA, I felt like I was completely at the mercy of the one mechanic in town. He could charge me ten thousand dollars... what could I do? Mr. Coons does well to place his sci-fi thriller in a town just like Needles.

You're stuck. In the middle of nowhere. It's West Texas, so without a vehicle you might as well be on the surface of the moon. There's no easy way to get out. You're trapped from the word "Go". And that's before we get the intruders.

While reading it, I felt like Mr. Coons was creating an environment somewhere between H.P. Lovecraft's "The Shadow Over Innsmouth" and "Independence Day". If that's your cup of tea, then you'll be all about this sucker.

As far as an action-adventure goes, Under a Fallen Sun moves fast and has enough unique twists that it makes for an enjoyable Summer read.
Read more
2 people found this helpful
Helpful
Comment Report abuse

Timothy R. Baldwin
3.0 out of 5 stars Fast paced, fun B-Movie Quality Sci-Fi
Reviewed in the United States on August 7, 2019
Verified Purchase
This story has all the ingredients needed for a popular, B sci-fi flick: a military vet trapped in a cabin and injured, hapless college students who are just trying to survive, a magnetic field bubbling a town in, and, of course, an alien race seeking to destroy humankind that they might call earth home.

Though the premise is familiar, Mr. Coon puts his own spin on this story through his creation of character, the way he creates the backstory for our two main heroes and the way he causes us, on some level, to even sympathize with the alien race.

There were four things that didn't work for me but didn't necessarily kill the reading experience.
1) The flashbacks at times took me out of the action.
2) The use of rapid-fire rhetorical questions to express the concerns and fears of a character was distracting.
3) The college students were a little too quick to figure out what was going on.
4) Some things were described in the exact same way by two different characters.

Overall, this book was okay. I imagine future books from this author being much better in craft, structure, and character arc.
Read more
Helpful
Comment Report abuse

Jim Marquis
4.0 out of 5 stars Lots of Sci-Fi Action
Reviewed in the United States on August 12, 2019
Verified Purchase
I felt like the author did a good job weaving together science fiction ideas and an action filled plot. There is something really scary about being trapped in an isolated place, far away from the defenses and comforts of regular human civilization. If you like Dean Koontz or Stephen King, this is a good novel to check out.
Read more
One person found this helpful
Helpful
Comment Report abuse

Amazon Customer
5.0 out of 5 stars Surprises, tragedies, and triumph.
Reviewed in the United States on July 28, 2019
Verified Purchase
John Coon brings his characters to life in this fast paced thriller. It's a smart, witty story where life is complicated, and the will to survive dances with cruel twists of fate for all involved. His characters must choose between the good and evil in their natures, between painful struggle and apparently inescapable death. Through it all they show heart, and a knack for cutting humor. I can't wait for more!
Read more
2 people found this helpful
Helpful
Comment Report abuse

Chance puffer
5.0 out of 5 stars Coulnd't put down book waiting to see all the twists and turns
Reviewed in the United States on August 21, 2019
Verified Purchase
I like the suspense it was crafted well you never know what would happen. I liked the cat toward the end and the
ending you didn't know that coming. Great read.
Waiting for the next book from John Coon.

From the beginning it was suspense you never knew what would happen next when you thought you had it figured out you did not until the end. I read his first book. I like they way he develops his character.
I also buy his book for my grandson he likes them as well. Waiting for the third book from John Coon
Read more
Helpful
Comment Report abuse

Joan I. Wendland
4.0 out of 5 stars What if the Movie Alien took place on Earth?
Reviewed in the United States on August 30, 2019
Verified Purchase
Sci-fi horror strikes at home as the advance troops of an alien invasion takes over a small Texas town. Advanced tech competes with the human will to survive in this scary tale of two races fighting for one planet.
Read more
Helpful
Comment Report abuse
See all reviews from the United States